The blurry boundary between religion and science

| Research fellow at the Frankfurt Institute for Advanced Studies and creator of YouTube channel Science Without The Goobledygook
1,217 words
Read time: approx. 6 mins

When it comes to the biggest questions about the cosmos, physicists tend to either shy away from them or assert theories that have no real empirical backing. The Big Bang is a good example – a creation myth that physics will probably never be able to show is true. But these theories are also not simply equivalent to religious dogma, they lie in the undefined space between science and religion – not in conflict with science, but not supported by it either, argues Sabine Hossenfelder.

Many people have a bad start with physics in school. I did, too. Physics seemed all about magnets and atoms and balls rolling down inclined planes. I didn’t find it particularly engaging. And yet, today, I’m a physicist.

In school, we see only one side of physics, but it has another side. Physics is one of the best ways to make sense of our own existence: Does the past still exist? Do copies of us live in other universes? Can information be destroyed? Does science have limits? Those are some examples of questions that physics helps us answer.

That most physicists keep quiet about those big questions has another downside: it leaves the arena to those who conflate religion with science

Physicists don’t like to talk about this existential side of their research. I suspect that’s because, historically, existential questions have been the realm of religion, and scientists want to keep their distance. But keeping this distance has a downside: it also distances science from humanity. It’s probably part of the reason that scientists in general, and physicists in particular, are perceived as cold and technocratic. It seems that physicists don’t care about what the fundamental laws of nature imply for people. That most physicists keep quiet about those big questions has another downside: it leaves the arena to those who conflate religion with science.

One case where science crosses over into religion is the beginning of our universe. Physicists have put forward many theories for it: a big bang, a big bounce, a collision of higher-dimensional membranes, a gas of strings, a network, a 5-dimensional black hole, and many more – I’ve lost track. But the scientifically correct answer is, rather boringly, that we don’t know how the universe began. Indeed, there are good reasons to think we will never know. But some physicists are unwilling to accept this answer. They fill their knowledge gap with creation myths, written in the language of mathematics. 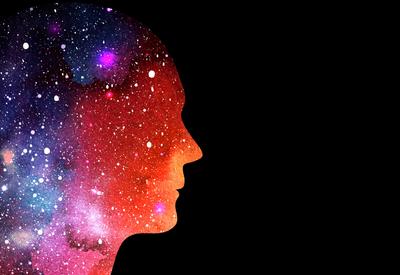 These creation myths are not wrong, so it is not unscientific to believe in them. It’s rather that we cannot tell them apart with observations – not now, and quite possibly never. My friend and colleague Tim Palmer from the University of Oxford suggested to call such ideas “ascientific”: Science can’t tell us whether they’re wrong or right. Like the hypothesis of an unobservable, omniscient God, the ideas that our universe emerged from a black hole, or a collision of higher dimensional membranes, or a network, are ascientific.

Believing in the existence in unobservable universes is not in conflict with science; it’s not unscientific. Rather, it’s ascientific

I don’t mean to say that our theory of the cosmos has already reached its endpoint. We will almost certainly improve the current one some more. For example, the new Webb telescope is gathering data that can tell us how galaxies formed. Galaxies are expected to form slowly and gradually if the hypothetical dark matter exists. The competing theory is that dark matter is absent, but gravity does not work as Einstein said it does, an idea known as modified gravity. If the latter is correct, galaxies would form much faster. The Webb telescope can help us tell apart the one hypothesis from the other.

However, galaxy formation happened some hundred thousand years after the universe was born, so the Webb telescope will not solve the riddle of its origin for us. Eventually, collecting data and refining our theories will reach a limit. After this, we will have to pick one story on grounds other than scientific evidence.

The idea that there are other universes besides our own in a big “multiverse” is another ascientific idea that has taken foothold in physics. Some of those universes contain copies of our solar system, with a human civilization like our own. Indeed, they contain copies of all of us, though those copies might be living their lives in slightly different ways. Not just in one way, but in any possible way.

Unlike in the movies, however, the universes that physicists conjecture up can’t be visited. They are entirely unobservable. It’s not just that we can’t see them with our own eyes, there is no observation that could possibly confirm their presence, not even in principle. Why, then, do physicists believe in them? Because they have equations for those other universes, and they believe that mathematics is reason enough to believe that what math describes exists.

In some cases, physics has brought up questions that we might not otherwise even have thought of

Again, believing in the existence in unobservable universes is not in conflict with science; it’s not unscientific. Rather, it’s ascientific. The same is the case for believing they do not exist. Science just doesn’t say anything about their existence, one way or the other. So, do other universes exist? We don’t know.

Once I started thinking about it, I realized that physics opens our mind to many ascientific ideas that we can neither refute nor confirm. For example, the idea that the universe as a whole can think. It’s not that we have evidence for it. But it’s compatible with all we know, and we don’t have evidence against it either. Or take the idea that one day we might be able to upload ourselves to a computer, or create a universe. I can’t tell you it’s going to happen, but it’s not in conflict with what we know about the laws of nature. It’s not unscientific to believe it. It’s just ascientific.

In some cases, physics has brought up questions that we might not otherwise even have thought of. Einstein’s theory of space and time, for example, makes it impossible to pin down any moment in time as special. For all we currently know, our experience of time as passing is an artefact of our perception, not a fundamental property of nature. Without scrutinizing the math and the evidence for it, we might not have thought of this, exactly because it contradicts our experience. 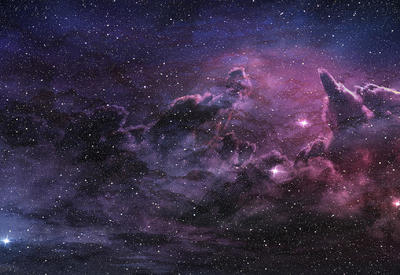 Another existential question in the realm of physics is whether information can get lost. It’s why physicists are obsessed with the black hole information loss paradox: because it seems that throwing information into a black hole might be the only way to forever destroy information. On this, the jury is still out–physicists don’t agree on the answer, but most of them (me included) currently think black holes probably quite possibly can’t be destroyed.

When we try to answer the big questions of our existence, we have three options: religion, philosophy, and physics. Of those three, physics has made the most progress in the past century, and we yet have to fully understand what it all means. Yes, physics is the subject that deals with magnets and atoms and balls rolling down inclined planes. But it’s also so much more than this. 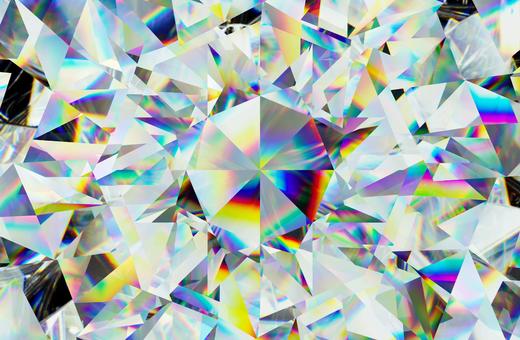 The Big Bang was simply our universe turning itself into a gargantuan particle collider with two objects that contained the mass of the observable galaxies. The result was quark plasma shrapnel that are the galaxies we see expanding to this day. Each galaxy was initially created as a mass of quark plasma. This plasma is optically invisible and can make shapes. This is the plasma black holes are made of. Each galaxy had cooled ever since it was created 13.8 billion years ago. That's why so many galaxies are being observed already existing where they shouldn't be. That is because they were all created instantaneously.

Quark plasma uses the matter that makes up space that causes the force of gravity as the endless catalyst. This plasma also creates all the naturally occurring elements all by itself from the outside of the mass inward. Our planet and moon were a single mass of quark plasma when they were born. The smaller the initial mass, the faster it cools. That's why the black hole in the center of our galaxy is still a black hole and our moon is a solid rock.

When science made the Big Bang theory a fact, all upcoming observations were doomed to be misunderstood. Many scientists, including Hubble himself, wanted nothing to do with Lemaîtres expanding universe theory. The general public is not told this anymore. It seems the whole future of physics and astrophysics was decided by one priests assumptions. Any sane scientist would want to continue to study what they had found but this never happened. The expanding universe was made an utter fact. The laws were ignored. Now look what has happened. Nothing will ever be solved until science goes back in time and applies the laws to what Hubble discovered. That is what I've done and all the questions have been answered with my theory.

The information is not lost, just scrambled by a massive encryption system with a key derived from all the previously inputted information. If Hawking radiation does radiate from a black hole then the information it contains relates to the state of the black hole at that time.

If the divine exists then nature must be part of the divine and certain laws of the divine must also exist in nature. May I suggest that P=NP-complete is a mechanism which if proved in the natural world would suggest a mirror of the divine.

The Drug War outlaws precisely those medicines that hint at the existence of that thinking universe to which Sabine refers. That's why materialists feel safe in ignoring "the human" because they know that their philosophical opponents are hamstrung by drug laws which prohibit them from experiencing and investigating "other ways of being in the world." In my one experience using peyote, I was surprised to see (with "eyes wide shut") crystal-clear imagery of pre-Columbian iconography, an experience which materialism has great trouble in accounting for. Why would I behold such specific visions unless Wordsworth was right, that there exists "something far more interfused, whose dwelling," when all is said and done, is "in the mind of man"?

But until we end the Drug War's censorship of science and philosophy (or at least admit that such censorship actually exists!), materialism will remain our government-enforced way of seeing the world. This is why I believe that no article on these topics is complete which fails to mention the Drug War, for that modern project of substance demonization sets politically determined boundaries for what today is considered to be legitimate research.