We bring you our guide to the end of expertise

“Facts just twist the truth around/facts are living turned inside out” – so sang David Byrne of Talking Heads in 1980’s hit "Crosseyed and Painless", but it’s a refrain that could just as easily apply to post-truth politics – a climate where, as Michael Gove famously declared, “we’ve had enough of experts”.

Key claims in the Brexit campaign (such as that EU membership cost Britain £350m a week) disappear without a trace once the referendum is won, and a US presidential campaign features spurious tweets claiming global warming was invented by the Chinese – where does this leave 21st century politics, and our place in it? Statistics have always been malleable, and “the truth” a fickle beast; but it seems that our relationship with it as a concept is fundamentally changing, and that comes with new sets of challenges.

To get a handle on a world unmoored from facts, look no further than these debates. Featuring the finest thinkers of the 21st century as they debate the expiration of experts, the validity of lies and tricks, the trouble with democracy, and much more, it’s the ultimate guidebook to the tumultuous age of post-truth.

We rely on experts in every field. Yet from economists to climate scientists they hold wildly disparate views. Might the very idea of objective knowledge be illusory and expertise be a form of institutional power? If we were more skeptical would it lead to democracy or bring chaos?

We believe democracy leads to a fairer world. Yet almost all governments claim to be democratic including China, Russia and Syria. And 50 years after the abolition of hanging, UK polls still show a majority in favour. Is democracy illusory and troublingly incoherent? Or is an ideal democracy yet to be fully realised?

Author of The Establishment Owen Jones, ResPublica director and author of Radical Republic Phillip Blond, and former leader of the Conservative party Michael Howard examine the strange perils of democracy.

Politicans are liars. Or so we are inclined to believe. But is the real problem that political truth is unattainable, and our expectations are impossible for politicians to deliver on? Should we stop thinking of our leaders as charlatans, or would this result in a naive and dangerous complacency?

Ancient cultures often chose their leader and gave them unbridled power of life and death. But if the crops failed the leader was killed. Are voters still in thrall to the same fantasy believing each new leader will work miracles? Do we demand the impossible or are our leaders simply incompetent?

In association with Guardian Live.

By endorsing trickery and deceit, Machiavelli ensured his name would live on in infamy. Yet even Lincoln and Johnson used skulduggery to secure change. Might lies, bribes and other dirty tricks be necessary for creating meaningful advance? Or do the ends never justify the means?

In association with Total Politics.

A generation raised on Foucault and Derrida has learned to distrust claims to objective truth. Yet the mantra that 'there is no truth' is a paradox. Do we need a new conception of fantasy and reality to free us from the tyranny of truthmakers and the paradoxes of postmodernists alike?

We want news to accurately reflect the real world.  But in an age when competing channels with different perspectives are instantly available should we recognise this goal as an illusion? Should we accept that journalists set the world's agenda with their own fictions and fantasies, or is there a framework of objectivity we should require and demand?

Editor of the Sunday Times Insight team Jonathan Calvert, founder of the Reuters Journalism Institute John Lloyd and philosopher and former editor of The World This Week Hilary Lawson examine truth in news.

Matthew Parris' take on the end of experts

Edward Mortimer on the why we should all be sceptical

Emma Borg on why language is flawed 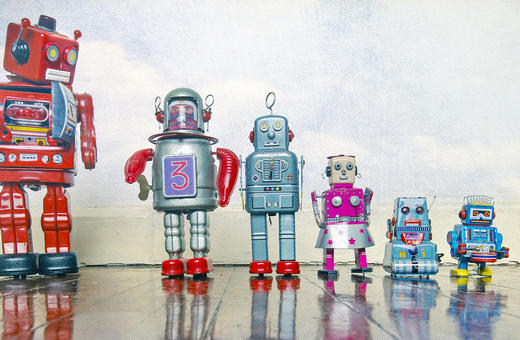