The revolutionary grounds of ‘they/them’

The use of ‘they’ as a third person singular pronoun has recently become a heated debate, often with the identity – or even existence – of queer people at stake. Some arguments in favour point to the history of language or upholding the ideal of politeness but this gentle approach destroys the revolutionary potential of queering language. There are real, revolutionary grounds for the use of ‘they/them’ pronouns and these are where we should focus our energy, writes Jasmine Picôt Chapman.

It is counterintuitive to ask straight society for permission to be free from the gender binary. Despite this, recent arguments for using ‘they’ as a third person singular pronoun seek validity from the grammatical rules, historical development and social etiquette of a society where being straight is the norm, to the detriment of imagining queerer futures.

In a review of Dennis Baron’s What’s Your Pronoun?, Amia Srinivasan puts forward a digestible argument for this forum. Baron’s book describes itself as a chronicle of the “role pronouns have played - and continue to play - in establishing both our rights and our identities”.

Srinivasan writes, “people use non-standard pronouns, or use pronouns in non-standard ways, for various reasons… So too we can choose to respect people’s pronouns for many reasons.” Yet when we do non-standard things in the hope they will be accepted as standard, we ignore the problem with standardization - whilst giving inclusion, it takes away revolutionary potential.

It is counterintuitive to ask straight society for permission to be free from the gender binary.

As David Graever puts it, “the tyranny of the quantifiable is partly the failure of language and discourse to describe more complex, subtle, and fluid phenomena, as well as the failure of those who shape opinions and make decisions to understand and value these slipperier things.”

The London Review of Books readership might well be pronoun-sceptic parents, police, professors, policymakers. These groups often wield power over queer people - who doubtless will benefit from Srinivasan’s charming intellectual rigor in her entreaty for the use of ‘they’, as well as the weight of Baron’s research.

It is useful that these pronoun-sceptics hear that the first recorded use of ‘they’ as a third person singular pronoun was in 1375 and that the acceptance of particular uses of language as ‘correct’ has always followed their spontaneous, incorrect usage.

In her review Srinivasan is clear that much of the language we take for granted - and use to understand the world - is made up of labels an oppressor used to name the oppressed. Language has always formed an essential part of oppressive social and state infrastructures.

But, by arguing for alternative pronoun use by pointing at the historical development of language, we make queerness digestible to mainstream, straight society including the state and corporations. This culls its revolutionary possibilities. Queerness cannot follow straight rules if it is to realise its potential as radical and transformative.

Queerness cannot follow straight rules if it is to realise its potential as radical and transformative.

Queer people are not yet free to disengage from mainstream society’s oppressive structures. The necessity of marginalised groups to be seen and understood by the dominant group results in unavoidable diversions on the route to freedom. At other times, these diversions are rooted in what Lauren Berlant called ‘cruel optimism’ - when something you desire is an obstacle to your flourishing. By expending ourselves trying to be included, we neglect the opportunity to build our own queerer infrastructure in the margins, away from the corrupting normative pull of the center.

Take the pervasive argument that it is simply bad manners to misgender somebody, using the binary ‘he’ or ‘she’, when they have asked to be referred to as ‘they’. Queer people being perceived as ourselves should not rest on social niceties with ‘proper’ pronoun use filed away alongside table manners. By trying to incorporate a radically different way of thinking into straight society, it is reduced to a concession. Freedom cannot not be a consequence of the rest of society having good manners. A paradigm shift towards queerer ways of relating and referring is necessary to begin to imagine freedom.

As much as we might desire to be polite revolutionaries, it is vital to say that these two priorities do not overlap. Nor can we have faith that good manners can facilitate real change. However I do believe that while we may not know what to ask for yet, we can advocate for a mindful and diligent approach to trying to get free.

This take is not new. From Audre Lorde’s assertion that “the master’s tools will never dismantle the master’s house” to Albert Camus: “the only way to deal with an unfree world is to become so absolutely free that your very existence is an act of rebellion.”

There is a temporary antidote to the demand to be seen and understood by straight society. This can be found in Édouard Glissant’s principle of opacity - the right (and revolutionary potential of) the oppressed to not be understood by the oppressor - and then in Ratna Kapur’s invitation to seek freedom through new forms, other than human rights.

Finn Mackay, Angela Eagle and Patricia MacCormack examine the potential and pitfalls of a genderless world.

Lauren Berlant’s desire was to “desubjectivize queerness and to see it in practices that feel out alternative routes for living without requiring personhood to be expressive of an internal orientation or part of a political program advocating how to live.” I am inclined to end that quotation at ‘personhood’. ‘Personhood’ is a label that is violently policed.

As Srinivasan writes: “English pronouns are in their nature political. Their usage has historically been governed, and is in some ways still governed, by norms that are produced by hierarchies of power”. To refer to somebody in ways other than they have asked you is not impolite. It is as absurd as it is violent. A friend recently recalled this analogy: if my name is ‘Bob’ and you insist on calling me ‘Larry’, I’m unlikely to reply to you.

Suffering begins when the one who is referring to us has power over us; as the weaker party we must submit to this version of ourselves in order to survive, or access the dignity of personhood.  Srinivasan’s review goes on to acknowledge the relative pang of reduction that we all feel when being referred to in the third person at all - by your pronoun or somebody else’s. But does Srinivasan’s solution of referring to people by their name solve this issue of identity loss? Being disrespectful must not become a euphemism for oppression.

The analogy of pronouns with names demonstrates that there is no neutral ground in the language of personhood. Standardised naming has been a constricting and violent part of the state apparatus and its colonial projects. When people from cultures with different ways of naming try to travel, to apply for schools, to work, or whenever they negotiate with the state, their names - and the history and identities that come with them - are butchered by a bureaucracy which does not recognise their validity.

Standardised naming has been a constricting and violent part of the state apparatus and its colonial projects.

Beyond bureaucratic recognition by the state, labels make us visible to the market– to capital. To big data everyone’s pronoun is some combination of zeros and ones. And we are all increasingly aware of the dangers of becoming data.

The term ‘enby’, by which I sometimes refer to myself, is magical. It is the phonic version of the initials N.B. (non-binary). It represents the degrees of detachment that being queer involves. If queer grammar sounds strange to straight ears, it is because it must. ‘They/them’ is queer. Queerness breaks rules and structures that constrict freedom. If the price for this is discomfort, loss of dignity, suffering, or even death - this is because straight society is a place where everything has a price.

There are clearer, more radical roots/routes to the accepted use of ‘they’ in society. In a recent publication, Rhatna Kapur presents queer theorist Eve Sedgewick’s Mahayana Buddhist epistemology as “offering an alternative model of meaningful freedom”. In the Vimalakirti Sutra referenced by Sedgewick, Vimalakirti tells Manjushri that as “all living beings are sick, therefore I am sick. If all living beings are relieved of sickness, then my sickness will be mended.”

This source is amongst many compelling calls to action and imagination, to think against the liberal notion of an individual and autonomous self. To define itself, the autonomous self requires something ‘other’ against which it relates in an antagonistic way. This creates destructive imbalances of power, setting us against each other at the level of existence itself. The absence of the autonomous individual makes Buddhist thinking one of the ways to challenge the assumption that our pronouns must be singular to be accurate descriptors of our ontology.

‘Normality’ is an ideal and by no means represents any existing average.

In their 2012 paper a collective of biologists put forward A Symbiotic View of Life, subtitled a We Have Never Been Individuals. They debunk many of the scientific myths that prop up the foundational notion of a “biological individual”. Donna Harroway references this in her call to “reconfigure our relations to the earth and all its inhabitants”.

To be abnormal is to be numerous. ‘Normality’ is an ideal and by no means represents any existing average. Disenfranchised groups are the majority, as the Occupy movement’s slogan ‘We are the 99%’ reminds us. To be queer is to be plural.'

“People are too various to be treated so lightly, I am too various to be trusted.” Are the words of David, the contemptible protagonist of James Baldwin’s 1956 novel, Giovanni’s Room. One of most reviled queer traitors in literary history, the character is the namesake of Baldwin’s abusive step farther, and younger brother, two difficult mirrors to the author’s self and struggle. The story is as much a parable of coming out as it is anything else. It is a warning that when we suffocate parts of ourselves, the people who love those parts perish alongside them.

David is afforded many privileges Baldwin was not. For example, the character is white which gives his character enough neutrality to be defined only by his deviant sexuality. However, it is precisely his proximity to normativity that is his downfall - his engagement with a society which, ultimately, rejects who he is. David is Lauren Berlant’s archetypal cruel optimist. Or to be cruel, a cowardly optimist.

This argument comes full circle to Srinivasan’s review: “What words mean and which words exist is not up to any single person. It is up to us, collectively. When an individual refuses a word that is commonly applied to them, or when an individual applies a new word to themselves, they are making a move that they hope others will take up and that it will, in turn, change how they are seen and treated by others.”

As noted by the existence of publications such as Barron’s ‘What’s Your Pronoun?’, polite society’s search for a palatable gender neutral pronoun goes on. I am going to be a cruel pessimist and suggest we leave them alone in doing so. Unless their loneliness should prompt them to join us. 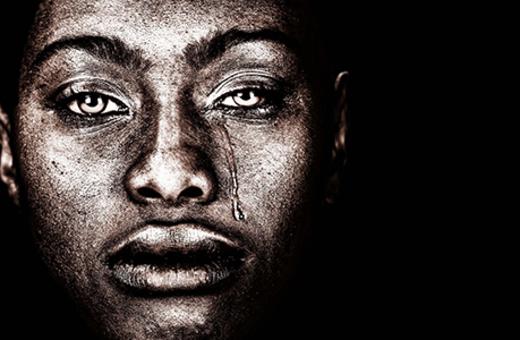 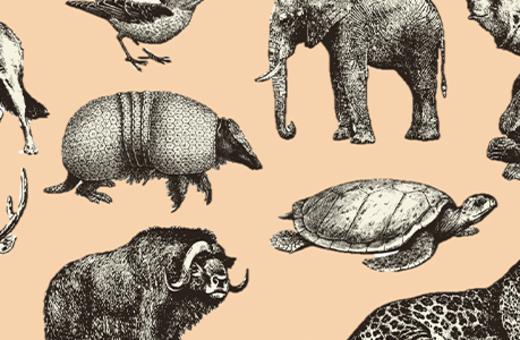 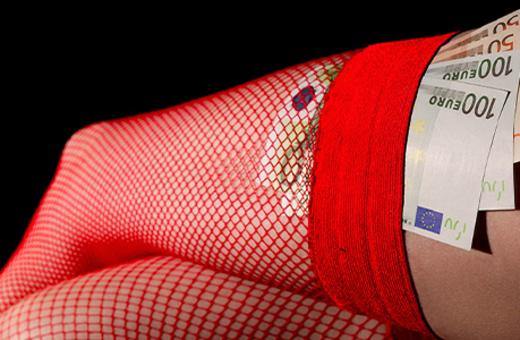 You will have a lot of fun and spend time with the geometry dash unblocked. However, no matter how challenging these chapters are, they grow progressively harder as the game progresses, making it even more enjoyable.