Professor of Philosophy, department of philosophy at University of California, Davis, and author of The World in the Wave Function: A Metaphysics for Quantum Physics (Oxford, 2021)

Most interpretations of quantum mechanics have taken non-locality – “spooky action at a distance” – as a brute fact about the way the world is. But there is another way. Take seriously quantum theory’s higher-dimensional models, and we could make sense of the strange, "spooky" phenomenon of entanglement and restore some order to cause and effect. Perhaps the wave function is all there is, writes Alyssa Ney.

Since the first Bell tests in the 1980s by Alain Aspect and his collaborators, experiments have confirmed again and again what quantum mechanics predicts: our three-dimensional reality is nonlocal. Particles or atoms - quantum systems - created in entangled states can continue to influence each other instantaneously, even when separated over great distances. For those wanting to understand what physics tells us about the nature of our world, these experiments cry out for explanation. How could the world fundamentally be so as to allow instantaneous effects over great spatial distances?

Philosophers of physics seek metaphysical models that are compatible with the reality of quantum entanglement, possible realities that can underlie these experimental appearances. Most models taken seriously today simply accept that there are brute correlations that can persist between objects in entangled states, even those that are separated by great distances. But another idea worth exploring is that the results of these Bell tests are trying to tell us that the three dimensions in which we experience the world are not the deepest reality. Rather, the nonlocality we observe over distances in three dimensions appears as a byproduct of a more fundamental spatial framework in higher dimensions. And in this higher-dimensional framework, the correlated subsystems of entangled particles are not separated at all.

Physicists have mostly tossed aside the idea that these higher-dimensional representations are tracking what is real. 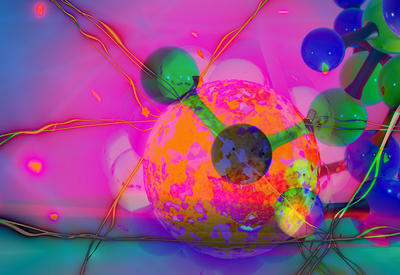 Another higher-dimensional framework for representing systems in quantum mechanics is Hilbert space. Each dimension in a Hilbert space corresponds to a determinate state of some observable (a position coordinate or spin along a given axis, for example). Here, total systems are represented as vectors or rays in Hilbert space. For example, to represent a system of two spin-1/2 particles, physicists will use a ray in a four-dimensional Hilbert space, with two dimensions corresponding to the spin of the first particle being up or down along some dimension, and two corresponding to the spin of the second particle being up or down along that or some other dimension. When we consider observables like position coordinates that can take an infinite number of possible values, the Hilbert spaces become infinite-dimensional.

I myself am more sympathetic to wave function realism, a higher-dimensional interpretation of quantum mechanics that picks up where Schrödinger left off

This distaste for higher dimensions arguably partly explains the rise of the Copenhagen interpretation of quantum mechanics. In 1926, as is well known, Schrödinger reformulated quantum mechanics using his famous wave equation. This formulation lent the promise of allowing not only a simpler and more familiar mathematical statement of the theory, but also a formulation that would be more capable of providing a clear account of the nature of the world according to quantum mechanics, at least more capable than Heisenberg’s matrix formulation. Schrödinger’s formulation allowed one to see quantum systems as waves or fields evolving smoothly and continuously over time in accordance with his wave equation. However, Schrödinger quickly discarded this hope, as it was repeatedly pointed out that the representation of these waves’ evolution (for N particle systems) required configuration spaces of 3N dimensions. It seemed obvious that these waves in higher dimensions couldn’t be interpreted realistically. And so, Schrödinger joined his colleagues in setting aside the hope for a realistic picture of the world according to quantum mechanics, and instead adopted the Copenhagen interpretation.

The idea that we take configuration space representations in quantum mechanics seriously as tracking physical or real, fundamental fields in 3N dimensions traces at least to John Bell in the 1970s. Bell was a key figure trying to pull the physics community back to the practice of treating its theories as realistic depictions of the world. As the philosopher of physics David Albert has been pressing since the 1990s, given the indispensability of higher-dimensional representations in quantum mechanics, a realistic attitude toward these theories seems to require we take wave functions as real, even if this means they inhabit not the three-dimensional world of our appearances, but a more fundamental realm of higher dimensions.

As I argue in my recent book, The World in the Wave Function, however, even if higher- dimensional frameworks like configuration space or Hilbert space might be indispensable to the formulation of quantum mechanics, that does not mean that those wanting to interpret these theories realistically must take them as describing a world with hidden dimensions. Since Bell, many different interpretational frameworks have appeared which provide alternative ways of making sense of the quantum formalism.

Explaining spooky action at a distance

However, this does not mean there is not a good argument for preferring higher-dimensional, wave function realist interpretations over these others. It is here that we can return to quantum nonlocality and the surprising results of the many Bell experiments. Recall what these experiments show is that when we consider quantum systems spread out in three (or four) dimensions, there are persistent correlations that suggest immediate interactions over long distances (“spooky action at a distance”). The wave function realist argues that there is a deeper explanation for why we see these correlations. They are a manifestation of a field that is evolving in a higher-dimensional space in which there is no instantaneous action at a distance.

What is interesting is that the way alternative low-dimensional metaphysical frameworks have proven adequate to providing an interpretation of quantum mechanics is by giving up on fundamental locality. But in doing so, they have given up on trying to explain nonlocality. They just take it as brute, as given. In a sense, this is to give up on a very basic principle of science: that we explain correlations in terms of a common cause.

If one follows the wave function realist in trying to explain nonlocality in terms of a common, higher-dimensional cause – the wave function – this leaves us with a way of resurrecting Schrödinger’s hope of providing a smooth and continuous realist interpretation of quantum mechanics. The higher dimensions are surprising. But they are not superfluous. They play an explanatory role in making sense of the persistent and puzzling results of Bell tests. This does not mean we can know with certainty these higher dimensions are real. But at this early stage of grappling with these experimental results, it is an explanation, and this makes it worth pursuing. 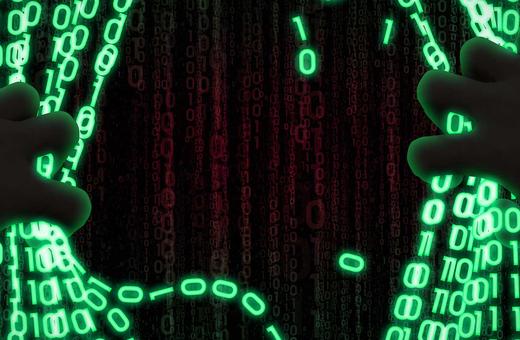 How do quantum computers work if quantum entanglement hasn't been proven?

Quantum mechanics has overthrown the classical concept of a particle as an object. Now a particle is a quantum event (see Rovelli for instance) which exhibits weird nonclassical effects of superposition and entanglement. Wavefunctions seem like a promising step towards merging physical reality with all its constraints (cosmic speed limit, conservation laws of energy, momentum etc) with quantum reality. Think of quantum events as where energy etc is transferred between interacting wavefunctions. Each event is like one frame in a movie but random and in vast numbers giving the impression of a continuum approximating a classical particle (such as tracks in a bubble chamber). What exists between events? If wavefunctions are real they would provide continuity between events. Interesting unsolved questions might be solved if wavefunctions are real. How do wavefunctions affect space-time hence gravity, and vice-versa? Do wavefunctions have mass additional to the masses of quantum particles they create? Considering that 95% of the energy in the universe remains unexplained the reality of wavefunctions should not be dismissed!

Entanglement - a volatile condition for which there is scant evidence beyond some highly constrained laboratory experiments - can be readily understood in terms of known physics and established theory. Matter - objects having a rest mass - are three dimensionally localized and time-bound. Electromagnetic energy is four dimensionally non-local and timeless - that is what is meant by the description of light as traveling a null geodesic.

Along a null geodesic there is no time differential. So two photons correlated by a common origin are always (from a 4D perspective) in "instantaneous" contact despite any spatial separation. We don't need to contemplate higher (meaning unobservable) dimensions. We need only properly account for the two distinct dimensional frames of the physical reality we actually observe, the 3D realm of matter and the 4D realm of radiant electromagnetic energy. Physical reality is woven of those two distinct but interrelated realms and each must be treated with a different dimensional frame, 3D for matter and 4D for electromagnetic radiation.

The existence of aether is a direct result of the disproof of special relativity. As the speed of light is fully determined by the properties of the medium rather than its initial speed and light can propagate in all spaces including those between galaxies, stars, planets, human beings, molecules, atoms, electrons and nuclei, light should be waves of the medium existing in all these spaces. This medium is called aether. As there is no such a magic speed in nature that can be the same relative to all reference frames, the speed of light is constant only relative to the aether just as the speed of sound is constant only relative to the air. Michelson-Morley experiment proves aether can't be rigid. Therefore, aether must be a fluid filling up all spaces in the visible part of the universe, delivers all electromagnetic forces, and plays critical roles in particles physics.

wave function interpretation is mans way not the universes way.
We will never know the truth only our version of the truth.
The universe is unwinding from the inside out. High heat trying to escape from the centre to the outer edge in a torus shape.
All energy has a backside.

The real or realist are: data of experiments, formula of wave function, and (DULL) interpretation of all above because QM Is a statistical theory and not on "object"! WHAT HELL with the present ....Academia?