Return of the Pagans

Is Paganism a new haven for spirituality?

| LSE sociologist and author of The Making of a Moonie: Choice or Brainwashing?
995 words
Read time: approx. 5 mins

The first thing that needs to be emphasised about Paganism is that you are likely to find yourself being contradicted if you try to generalise about it. The very meaning of the word is open to debate. In the past it has been used to denote any religion (or non-religion) that was not Christianity or one of the other Abrahamic faiths. It is commonly associated with polytheism or pantheism, but monotheistic Paganism can be found too.

The emergence of Paganism in the UK and USA [has been] accompanied by a similar upsurge in other parts of Europe: Scandinavia, the Baltic region, the Caucuses and parts of Russia are regions where Pagan rituals are practised and Pagan deities are worshipped. These are frequently associated with local myths and sites, but this is not always the case. North American Pagans may draw not only on Native American, but also Celtic, Norse, Anglo-Saxon traditions – not to mention a wonderful array of ‘invented traditions’. Contemporary Paganism in its Wiccan form is often associated with people like Gerald Gardner (1884-1960) who claimed to have been initiated into a coven in 1939 and that Wicca was a direct continuation of pre-Christian religious practice. Westerners who claim to trace their spiritual roots back to pre-Christian times consider Christianity to be the usurping ‘new religious movement’. Today Paganism is itself frequently classified as a new religious movement.

The Pagan Federation of Great Britain was founded in 1971 as a loose network of Pagans concerned to counter misconceptions and ensure that Pagans would be as free to worship as any other religion. The Federation explicitly embraces a number of different traditions, including Wicca, Witchcraft, Heathenry, Druidry, Shamanism, Goddess Worship and veneration of the Horned God – all of which can themselves be manifest in a variety of ways. The Federation does, however, provide a definition of Paganism as a polytheistic or pantheistic nature-worshipping religion.

Amid the diversity, there are certain themes that are commonly found within Pagan communities. These include a reverence for nature, and a celebration of the female as well as the male aspects of the Divine. Most Pagans celebrate at least the eight principal seasonal festivals each year, but there are variations between traditions and across geographical areas. Some Pagans band together in covens or small groups, perhaps joining others for the main festivals. But there are also an untold number of solitary Pagans who practise their faith by themselves. They may be solitary from choice, but it may be that they fear to acknowledge their beliefs and practices to others – and even among those who take part in rituals and belong to covens there are those who have not ‘come out’, but keep their beliefs hidden from family, colleagues and non-Pagan friends. It might be worth mentioning that it was not until 1951 that the Witchcraft Act was repealed. Most Pagans stress that they do not practice black magic and are not involved in devil worship (Satan is seen as an invention of the Abrahamic faith), but there are a few who do pursue the ‘Left-Hand Path’, exploring and even celebrating the darker side of (human) nature.

"Paganism provides a range of rich and coherent worldviews that hundreds of thousands have adopted as their spiritual path."
___

It is not difficult to observe the packs of angel cards, the psychedelic T-shirts, the baskets of colourful crystals or the ritual regalia offered at exorbitant prices, and understand why these are dismissed as little more than the consumer-led ephemeral enthusiasms of a Mind, Body, and Spirit Festival. There are certainly those whose psychobabble is dressed in superficial concepts drawn from reputably ancient lore or Eastern wisdoms; and there are undoubtedly those who promiscuously flit from their yoga class to a tree-hugging, singing-round-the-bonfire festival in darkest suburbia, claiming to pursue the realisation of their own inner Divine Being according to the instructions of a ‘truly amazing’ guru, master, crone, shaman or personal instructor.

But such popularised trendy New Age pursuits do not represent the many manifestations of Pagan religiosity, which are anything but superficial. Paganism provides a range of rich and coherent worldviews that tens, perhaps hundreds, of thousands have adopted as their spiritual path. Certainly, Paganism alone cannot account for the rejection of traditional, institutionalised religions in much of the West in recent decades, but it undoubtedly offers a deeply meaningful alternative way of life for many.

The number of ‘nones’ – respondents who tick the ‘none’ box when they are asked their religion – has grown exponentially, yet only a tiny proportion of these people call themselves atheists. A considerably larger number declare themselves to be ‘spiritual but not religious’. Exactly what is meant by ‘spiritual’ differs from person to person, and there are those who call themselves spiritual and religious, but a fairly recognisable distinction can be drawn between those whose world view can be typified as what has been termed ‘the new spirituality’ and those who adhere to the traditional Abrahamic faiths. Greatly generalising, the former look for ‘the god within’ or the ‘Divine in Nature’ rather than a transcendent God; they will have a cyclical rather than a lineal conception of time, believing in reincarnation rather than resurrection; they are likely to stress individual experience rather than revelation from Scripture, dogma or Church, believing in personal responsibility rather than external authority; and their world is seen as one of complementary rather than dichotomous relationships, with a stress on a celebration of the feminine rather than acceptance of a patriarchy.

It is very clearly on the spiritual side of this rather caricatured distinction that Paganism falls, but that does not mean it is not a ‘genuine religion’ that deserves to be taken as seriously as any other religion and to have the rights that more mainstream religions are afforded. Whatever its roots and whatever its particular beliefs and practices, contemporary Paganism would seem to be offering an increasingly attractive perspective on life for an increasing number of people in contemporary Western society.

Terrorism and the Truth 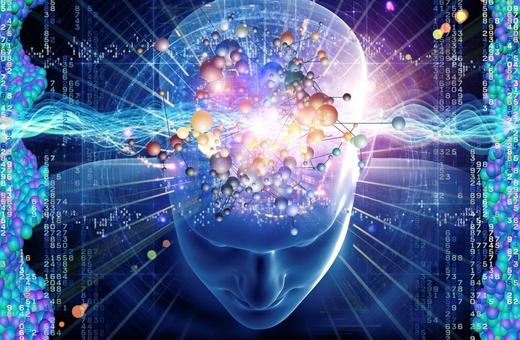