Issue 61: Return of the Ritual

Are rituals fundamental to being human?

What is the role of ritual? Have we moved beyond the need for such ceremony and tradition? Or are rituals necessary to a sense of connection and deeper meaning?

From the royal engagement to athletes kneeling in protest at Trump’s America, ritual, ceremony and tradition can both bolster and subvert authority. Yet Foucault argued that “We must uncover rituals for what they are; completely arbitrary things”. Wittgenstein went further: “Everything ritualistic…immediately turns rotten.”

In a largely secular society, many dismiss rituals as superstitious and outdated. Yet traditions and ceremony are far from absent in our daily lives. Funerals, weddings, the gift-giving of Christmas, the hedonism of music festivals, even the pomp and ceremony of Westminster politics: it seems rituals still play an important part in modern life. .

Are such rites really irrational and superficial? Is the poetry and magic of ritual essential to create a sense of belonging and meaning, secular or sacred? Might it be true that, as Shakespeare said, “The sauce to meat is ceremony; meeting were bare without it”? Or is ritual a hangover from archaic traditions and an accessory to dogma?

In this issue of IAI News, we explore the role of ritual. How should we see ritual today? Where does the power of ritual come from? Can ceremony allow us to transcend the everyday towards something greater? Or should we celebrate ritual’s demise as an escape from the constraints of tradition?

From birth to death, rituals shape our place in the world, helping us discover our roles and values. But more than that, suggests Alison Milbank: might they also mark a return to the physical, enabling us to transform our relationship to the natural world?

To Gift or Not to Gift? A Philosopher’s Christmas Dilemma

Skye C. Cleary, visiting Professor at Columbia University, and John Kaag, Professor of Philosophy at the University of Massachusetts

In a world of growing consumerism, what represents an authentic gift? Avoid falling into the trap of materialism, argues Skye Clearly, by offering that most valuable of presents: your attention.

Subversive Rituals – How I become A Drag Queen

How have the rituals of the drag performer evolved over time to become an act of empowerment and acceptance? Domenick Scudera explores how the LGBTQ+ community, denied traditional rituals, has created its own.

Christmas has become less a time of spirituality and more a time of extreme consumption. Is this really what we want? Scott Lowe explores how we might reclaim the so-called most wonderful time of the year.

Sigurd Bergmann, theologian at the Norwegian University of Science and Technology

How can we unite scientific understanding of reality with the fabrication of meaning provided by rituals? Bergmann explores this tension, arguing that rituals provide a way to cultivate power with, rather than over, others.

Being in the Digital World

Doug Mann, professor of sociology and the University of West Ontario

As virtual life continues to encroach on our offline reality, might our digital habits be a form of ritual? Doug Mann argues that these repeated actions entrench an inauthentic mode of being, all in the service of a profit-mad digital capitalism.

The Transcendent Necessity of Rituals

From the science lab to the art gallery, and even simple social interaction, human community couldn’t exist without rituals. But why? Mark Vernon investigates the power of rituals to carry us beyond the everyday towards something deeper.

Alastair McIntosh, activist and fellow of the Centre for Human Ecology

In a largely materialist society that values competition over co-operation, is there any place for the transpersonal? Is there any space for magic? Alastair McIntosh argues for ritual space as a refutation of isolation and an affirmation of meaning. 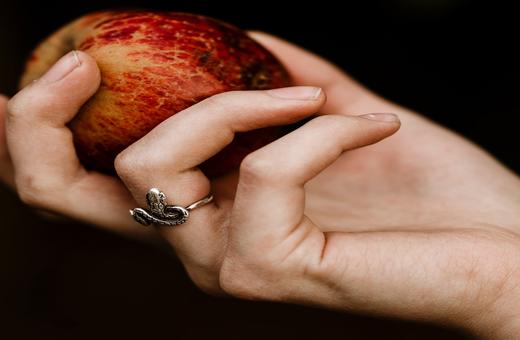