Should I Pretend That I'm Perfect?

It takes more than good intentions to succeed.

“Fake it till you make it” is common advice to the hesitant and underconfident. The idea is that if you pretend to be better than you are, you’ll be able to hang on just long enough until you actually figure out what you’re doing and you’ll be able to successfully pursue your goals. You’re planning, in a sense, not for the current version of yourself, but for a better version, which you can become if you just hang in there and muddle through for a while. But is this generally a good idea? Is faking perfection the ultimate life-hack?

Sometimes, aiming for something ambitious is a good idea, because if we fail to live up to our ideals, we’re just back to where we started. I’d like to be the kind of person who exercises every day, so I might consider signing up for the thirty-day yoga challenge at my studio. If I fail to go every day, not much is lost – I am simply back to the status quo, and maybe I even got my butt off the couch a bit more often than I normally would. But sometimes, planning for our ideal self and failing is much costlier. My mother’s fascination with tech gadgets is a good example. She would like to be the kind of person who uses her smartphone to improve her life – she’s seen other people use apps to manage their finances, plan shopping and meals, track their exercise, navigate in unfamiliar places, and so on. Over the last decade, she has spent thousands of dollars on the newest and best technology – to then use her phones only for calling and texting, since she never gets around to learning how to use their extra features. Pretending to be a tech-savvy gadget user led her to waste a lot of money, which she could have spent instead on things she would have actually enjoyed, like vacations or nice meals. Unfortunately, her problem is a common one – psychologists call it the ‘planning fallacy.’ In estimating how likely we are to succeed in a goal, or how quickly we will complete a project, we are generally overly optimistic, in part because we seem to fail to consider our past experiences with similar projects. We plan for our perfect selves, not for our actual selves who struggle with procrastination, delays and interruptions. (Interestingly, we are much better at making predictions about other people’s plans.) However, it is not clear that the opposite strategy is any better: suppose you’ve tried and failed to quit smoking several times in the past. You’re convinced it’s the right thing to do, you’ve thrown out your cigarettes, but every time, in a stressful situation, or when socializing with other smokers, you break down and start again. In a sense, you have excellent evidence that it’s just not going to happen. You might think that it’s not worth trying, just to set yourself up to fail yet again. But that seems too defeatist – surely we shouldn’t simply give up once we’ve tried something a few times and failed, especially when it’s a very difficult pursuit?

"People often think willpower and good intentions are all it takes to succeed, and overlook how much they could benefit from a little outside help."

Philosophers have been deeply divided about this question. The most famous example of this problem was invented by Frank Jackson and Robert Pargetter: Professor Procrastinate is asked to review a book. He is especially well suited to write the review and he has time to do it. The best thing that could happen is that he says yes, and writes the review on time. However, if he agreed to do the review, he would just keep putting it off (big surprise, given his name). This has happened in the past, and we have every reason to believe this time is no different. If he agreed to do the review and failed to do it, the consequences would be quite bad, because either the book would not end up being reviewed at all, or the review would be extremely late, both of which would seriously harm the author’s career. So, instead, perhaps Procrastinate should decline. In this case, another reviewer could be found. Perhaps their review would not be quite as good as Professor Procrastinate’s, but at least the review would be completed on time. What should Procrastinate do?

This is a case in which pretending to be perfect and falling short is not just a return to the status quo – it would be much worse than if Procrastinate simply declined. Moreover, it is entirely up to Procrastinate whether he succeeds – we don’t need to consider potential interfering factors that might hinder his success. So, should he accept or decline? One the one hand, you might think: it’s up to him to bring about the best outcome, so he should just do it. But then again, it becomes immediately salient that this would be a terrible idea, since it would, for all we know, lead to the worst outcome. Yet, saying Procrastinate should decline seems bad too. Sure, the worst case would be avoided, but now we’re saying that he is off the hook based on his past bad behavior. Meeting our obligations shouldn’t get easier the worse our track record is!

"Sticking to a failing project and investing all of your resources into it can have devastating consequences when things don’t pan out in the end, and you’re left with too little to bounce back."

Similar dilemmas crop up when we have already embarked on a difficult task, and we encounter roadblocks. Should we pretend we’re perfect, and assume we’ll ultimately succeed? Common wisdom tells us that we should persevere. Grit is seen as an advantageous character trait that helps us carry on in the face of adversity. We love success stories built on grit: Stephen King’s first novel “Carrie” was initially rejected by thirty (!) publishers;  J.K. Rowling’s Harry Potter by twelve, one of whom advised her not to quit her day job. Steven Spielberg was rejected by USC’s School of Theater, Film and Television three times. We hear those stories, and the lesson seems to be that if we just persevere, we can achieve our dreams, too. But, as philosophers Sarah Paul and Jennifer Morton have recently argued, being gritty can be extremely risky. Sticking to a failing project and investing all of your resources into it can have devastating consequences when things don’t pan out in the end, and you’re left with too little to bounce back. We’ve all heard heartbreaking stories of people wanting to make a little money on the side who got drawn into a Ponzi marketing scheme, and who lost their life savings in the process. Just because you’ve already invested a lot into a project doesn’t mean you should stick to it – you might just be “throwing good money after bad,” or committing the sunk cost fallacy, as economists call it. What makes these cases even trickier than old Professor Procrastinate’s is that success is not just up to you – you’re at the mercy of publishers, investors, admissions officers, and so on, whose decisions can be hard to predict. It can be almost impossible to know if you should try just a little longer, or if it’s high time to cut your losses. 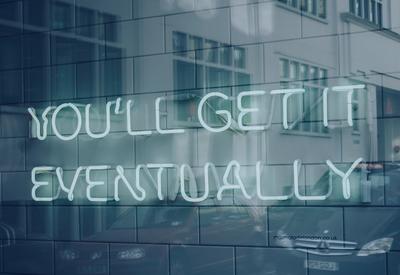 SUGGESTED READING Optimism and the Good Life By Lisa Bortolotti  So, what to do? Always pretending to be perfect is not a good idea, this much we know. But apart from that, it can be difficult to tell whether an ambitious project is worth undertaking. Philosophy and psychology can help us ask the right questions before we make our decisions: How risky is the project? Does failure just take you back to the status quo, or make the situation worse than before? Is success just up to you, or does it partly depend on external factors? What can past experience tell you about your chances of success this time? If you have trustworthy friends, you can also ask them about their predictions – they are less likely to commit the planning fallacy when estimating your chances of success than you are. If you’ve failed in the past, what can you do differently to succeed this time? People often think willpower and good intentions are all it takes to succeed, and overlook how much they could benefit from a little outside help. As the Greek oracle of Delphi famously recommends: “Know thyself.” Good luck! 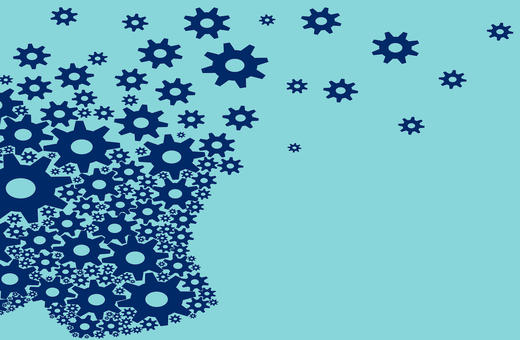 Searching for exact and refreshed Practice Questions for your Exams preparation? Then you have come to the ideal locations. ExamsBrite is the main supplier of Verified Questions Answers with 100 percent pass ensure.

The idea is that if you pretend to be better than you are, you’ll be able to hang on just long enough until you actually figure out what you’re doing and you’ll be able to successfully pursue your goals. https://www.dumpsleader.com/AZ-104-exam-dumps.html