Why we should be critical of the rise of the city.

| Author, activist, co-founder of This is Not a Gateway, a not-for-profit organisation that facilitates critical investigations into cities. Oldfield gained notoriety in 2012 when he interrupted the Oxford-Cambridge boat race as a protest against elitism.
1,827 words
Read time: approx. 9 mins

54% of humanity now lives in cities. By 2030, there will be 41 mega-cities across the world with populations that exceed 10 million. These cities will dictate the global economy, say the UN, who on 31st October held their inaugural “World Cities Day”, an initiative dreamed up to “greatly promote the international community’s interest in global urbanization”. Under the overall heading of “better cities, better life” the organisers’ belief is that “urbanization should be seen as an opportunity to harness cities as engines of growth, and to lead a positive transformation towards sustainable development”. The event was cheered on by the Guardian and their brand new Cities section.

In stark contrast, a two-day event took place in London over the weekend that explored similar issues but from a radically different perspective. This Is Not a Gateway was founded by Deepa Naik and Trenton Oldfield in 2007 and since then has hosted five festivals of critical urbanism, with a book published to disseminate the ideas explored at each one. Highly critical of what they call the “urban industry” – a network of academics, media, policy-makers, corporations and developers, Naik and Oldfield have garnered praise and criticism in equal measure for their radical critique of the contemporary city.

We spoke to Trenton Oldfield about cities as acts of enclosure, shuffling the deckchairs on the Titanic, and the process of “whitetrification”.

What are the critical issues at the heart of our cities today?

The core issues are that cities, particularly Western cities, were created out of the enclosure of the commons. In London, this happened over 500 years, but particularly during the seventeenth and eighteenth centuries, when people were pulled off the land, literally forced. It was during this period that the first mobile workforce ever had been created – it was a mass of people with absolutely no accommodation, and they made their way to the cities and were exploited during the industrial revolution, even though that was celebrated at the opening of the Olympic Games. Places like London and other cities like this are by definition creators and incubators of inequality and poverty, and that’s still true today.

If we look at what’s happening around the world, we now live on 2% of the available land. We used to live across most of the earth’s surface (apart from inhospitable areas such as tall mountains and certain parts of the desert). Over the last hundred years in particular the process of urbanisation has been phenomenal. We called it the “urban industry”. There’s a whole industry that not only encourages but pushes people to come into the cities. In most parts of the world, people are actually being forced off the land. In Canada, for example, the indigenous people have been forced off the land. In America, the indigenous people are being corralled into a very small amount of space. If you look at Gaza, or in Colombia, people are being murdered and forced off their land and into cities like Bogotá.

This pull-push process has increased significantly over the last 25 years. And the land that once belonged to the people is now taken by corporations. Five families own most of the land in Brazil, for example: historic Portuguese families from colonial days. This is a massive and very serious issue, because as that happens we lose control of our food sources, our water access, our freedom of movement etc. But almost nobody is looking at this issue. If you have so many people living in such a small space in cities, then it also increases land values, property, housing etc.

Do you think there should be more involvement from individuals and local communities in how their cities are run and built?

There’s this idea that cities are good for you. There’s a book with that title – which is fundamentally untrue. Cities are constantly being talked about in terms of innovation and creativity, but cities are not good for you; power is being centralised and certain cities are becoming more and more powerful.

But this is about more than just being able to control, or even participate in the process of control. An extreme analogy would be once you go to prison, you get to choose the colours of the walls, for example. What that means is that there’s no point fiddling around with ideas of participation when the fundamental issues are much more significant than that. We shouldn’t allow ourselves to be distracted; we need to look at the really core issues: why are cities being so heavily promoted? Why is there an “urban industry”? What does that mean? Why are people being taken off their land? What does that mean for the future? Why are whole communities being decimated, murdered, killed? These are the real issues that need to be looked at. Not whether or not we get to choose how many times the rubbish is collected.

Whilst many criticise the gentrification of certain parts of London, isn’t it the case that living standards have improved for all of those living in certain boroughs, places like Hackney for example?

No, I think completely the opposite. What we call gentrification is “whitetrification”. And that’s essentially what happens: white communities come in and literally drain the colour out of the area – physically and metaphorically. On the surface, it may look like an improvement to some people, but actually the whole point of why people moved to those areas has been destroyed – absolutely, completely drained of life and reality.

I don’t believe things in Hackney, for example, have improved at all. There are certainly a lot of subsidies for people in creative industries who need work spaces. There’s a lot of positive discrimination for white, middle-class people. I’ve worked in regeneration for almost a decade, and there is a huge amount of money that goes into supporting middle-class white people to move into these areas or set up the work spaces. Take Look Mum No Hands, for example. There was a bookshop in Hackney which shut down, the rent went up and they couldn’t afford it any longer, but two doors up, Look Mum No Hands was a shop that was given a month’s free rent etc – there are huge advantages given to certain groups. But the quality of life has definitely not increased.

What do you suggest as an alternative way to how we organise our cities? Are there any cities in the world that demonstrate a good model for how we should move forward?

The cities that were destroyed in, for example, Latin America where the hierarchies were not as embedded and inequalities didn’t exist. Unfortunately many of them were destroyed because of things like smallpox but that’s the type of knowledge we need to draw from. There is currently an industry – which a lot of academics are involved in – where they promote certain cities because they build cable cars, for example, as they’re currently doing in La Paz in Ecuador or Medellin in Colombia. This is just a distraction, because what is happening in those cities and why there growing is really horrific. People are being taken off their land. What’s really important is that people are able to live the way they want to live, and they’re not forced to live in cities. They can live in the countryside, maintain their existence in the way they have for thousands of years. There are a lot of ancient cities which we could draw inspiration from, but I don’t believe there’s a city that exists today in this neoliberal world that would be sensible to draw as a parallel example.

You’re against the suburbanisation of cities and people “moulding cities to their own interests”. But isn’t it important that people have an impact on how they live within the city space?

The question is, whose interests? And that goes back to whitetrification. If you look at who is involved in policy decisions and who benefits from them, it’s never the majority; it’s the minority. We’re dealing with some really serious issues in the 21st century, but people are simply rearranging the deckchairs on the Titanic. Planting trees is good, but it doesn’t even come close. I just don’t believe that people understand how serious the situation is: seven billion of us are living on 2% of the land, corporations are buying up the countryside. There is a complete inability to participate in politics, an inability to exist and afford life in the city. Most of the time what goes on is that those in positions of influence talk about smart cities where people can use mobile phones to meet up with their friends or to time traffic lights. The gap is so big between what people who have the greatest influence are talking about and what is actually happening in our cities.

So our acceptance of neoliberal economics has led to the kind of cities we live in and what’s at fault?

Yes. We had a section in our last book called ‘Archipelago’, and it looks at financial districts. Around the world, you could wake up in Hong Kong but you could be in Chicago or London or Sydney. If you just flew in and turned up and woke up in the morning, you wouldn’t know the difference. These districts have more in common with each other than the places where they are based. The City of London, for example: its relationship is with the rest of the world, not with Britain.

What would your version of an ideal future be and how will we get there?

The key thing that we argue is that we need to see cities through a lens of equality and justice, and to work towards those things. This is a particularly unusual perspective for people to hear in Europe. We believe, for example, that the gold in Colombia should be returned, reparations should be made for people in slavery. London exists because of colonialism, so those kinds of injustices need to be addressed.

It’s a process; it’s not a utopia. If you view cities through a lens of equality and justice, and you work towards those things, then you have a chance of achieving all those things that people say they want to achieve e.g. “cities for everybody’”. But if you put only see through the lens that is dominant at the moment – that of smart cities and international competition – then we’ll never have it. London is the most unequal city in the Western world, in terms of its gap between rich and poor. Globally, 80 families earn 6% of the world’s wealth. For us, on our tiny level, we try to demonstrate the possibility of change. Our talks and events are addressing those issues, saying this is what needs to be talked about and this is what needs to be addressed so that everyone benefits. Nobody loses if you work towards justice and equality. It’s about self-determination, really, and people having control over their own lives. 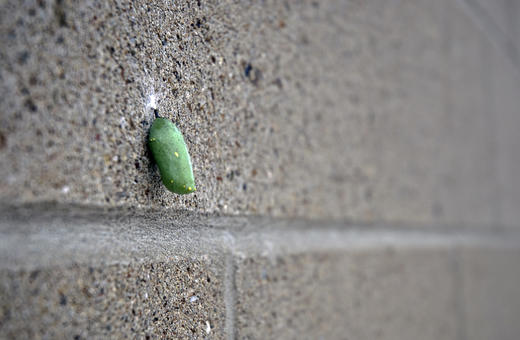