Why fusing the personal with the political is unhelpful for everyone

| sociologist and social commentator. Frank currently serves as emeritus professor of sociology at the University of Kent. His upcoming book The Road To Ukraine: How The West Lost Its Way is published by De Gruyter
1,745 words
Read time: approx. 9 mins

Amidst a backdrop of global conflict, the culture wars continue to compel us. But whilst social and cultural issues are often hotly contested, our obsession with the culture wars may spell the end of progressive politics, writes Frank Furedi.

Frank Furedi will be a speaker at our upcoming festival HowTheLightGetsIn London 2022 October 1-2, taking part in the debate “Being Ourselves and Being With Others”.

Even today, when the cost-of-living crisis haunts society, it appears that it is cultural conflicts that captures our imagination. Debates on gender ideology and trigger excites the media. Prominent figures from the past – from David Hume to Edmund Burke – are denounced for their complicity with slavery.

It is as if disputes about competing values, lifestyles and perceptions of cultural threat have come to dominate public life. The political vocabulary that has served western societies in the 19th and most of the 20th century has become exhausted and has been displaced by the idiom of culture. Even disputes that were once conveyed through the rhetoric of class, social injustice or ideology tend to come alive only when communicated through the grammar of culture. Attacks on the Bullingdon Club’s ‘old boy culture’ or the ‘culture of cronyism’ of Etonians are met with denunciation of the ‘culture of entitlement ‘or that of ‘dependency culture’. Hostility to the police is expressed through the denunciation of its ‘canteen culture’.

When culture becomes politicised it tends to drag the personal dimensions of everyday life into the public domain to the point where what you wear, who you sleep with, what you eat and consume, how you bring up and feed your child or what you read are often presented and interpreted as political statements

It is evident that it is through the contestation of norms and values and of cultural authority that conflicts of interests and disputes are expressed. But culture is not simply a medium for expressing disputes that have emerged in other domains of social experience. When culture becomes politicised it tends to drag the personal dimensions of everyday life into the public domain to the point where what you wear, who you sleep with, what you eat and consume, how you bring up and feed your child or what you read are often presented and interpreted as political statements. What in another context, Freud described as the ‘narcissism of minor difference’ has acquired a ubiquitous presence in western society.

The Origins of the Culture Wars

Disputes informed by contrasting cultural values have a long history. However, as I note elsewhere it was during the 1950s that the unravelling of the prevailing political consensus in Western societies begun to open up the realm of values, lifestyle and personal life to conflicts that were hitherto conducted through the language of politics [1]. These disputes, which were motivated by competing claims to moral authority initially assumed the polarised form of a clash between traditional and moral values. In the 1960s these conflicts were further politicised and gained definition through the growth of the Counter-Culture and the backlash that it precipitated by their traditionalist and conservative opponents. 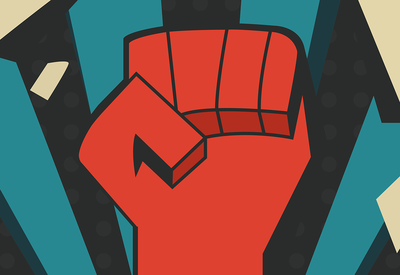 At the time the main battlefield was the pre-political domain of private life. But throughout the 1970s disputes regarding family values, sexuality, inter-personal relations expanded and began to touch on attitudes to consumption and the environment. The politicisation of these values contained a powerful imperative towards intensifying the conflicts surrounding them. Because such conflicts touch on the fundamental principles that guide people’s conduct in their everyday life they have the potential to engage and mobilise people’s emotions. As Francis Fukuyama noted ‘conflicts over “values” are potentially much more deadly than conflicts over material possessions or wealth' [2]. It is always possible to come to a sensible compromise over the way that material resources are divided up or the way that political offices are distributed. Values express a person’s identity and beliefs to the point that if they are not affirmed an individual may experience it as a slight on their persona or as an existential crisis. That is why conflicts involving religion, value or moral claims are rarely resolved through compromise.[ii

One of the first important studies to draw attention to the significance of what would turn into the contemporary Culture Wars was Gabriel Kolko’s 1968 study The Politics of War. In this text he drew attention to what he perceived as the cultural realignment of public life in the United States. According to Kolko this ‘realignment in America’s public culture’ represented ‘allegiances to different formulations and sources of moral authority’. He claimed that these contrasting sentiments were expressed through the 'institutionalization and politicization of two fundamentally different cultural systems’. Kolko pointed out that the battleground for the conduct of this conflict was now the pre-political domain of private life. And he warned that this conflict was not susceptible to the usual formulae of compromise because ‘each side of the cultural divide operate with a different conception of the sacred’ and the mere existence of the one represents a certain desecration of the other.’ [3][iii]

The introduction of cultural conflict into American politics occurred sometime before they gained importance in other societies. But even in the 1970s it was evident that conflicts over culture would play an increasingly significant role in other societies. In Britain the tension between modernisers and traditionalists always lurked in the background. Samuel Beer’s study of this conflict, Britain Against Itself has as its main theme the decline of civic culture and of deference. Beer is aware that in this battle between modernity and tradition the latter has prevailed and he sensed that result of this technocratic turn would be the erosion of the British way of life. [4][iv

In the literature on the Culture Wars the conflict was generally perceived as a split between orthodox and progressive view of morality. Divisions over issues that are considered moral dominate the Culture War, particularly in the United States. But the conflict is by no means confined to disputes about the family, sex, abortion or the role of religion. These are key issues for social conservatives and for movements that are hostile to the influence of traditional values in the private sphere. But the wider cultural critique of capitalism is far more directed at issues that transcend the private or pre-political sphere. It targets consumerism, materialism, the work ethic, technocratic ethos and numerous Enlightenment values such as individual autonomy, rationality and progress.

Cultural norms and values define communities, their way of life and their members’ identity. These sentiments are internalised and become constitutive elements of who we are. Conflict over the family, sexuality and the conduct of intimate relationship has rendered cultural conflicts a dramatically personal character

The politicisation of culture is directly connected to the exhaustion of ideological alternatives. By the early 1980s and certainly by the end of the Cold War it was evident that the emotional energies that were hitherto invested in political in political ideals were increasingly channelled into moral and cultural issues. At the time, Christopher Lasch pointed out that: ‘Long–established distinctions between left and right, liberalism and conservatism, revolutionary politics and reformists politics, progressives and reactionaries are breaking down in the face of new questions about technology, consumption, women’s rights, environmental decay, and nuclear armaments, questions to which no one has any ready-made answers. New issues give rise to new political configurations. So does the growing importance of cultural issues.' Since the early 1980s the trends identified by Lasch have- if anything intensified and today issues such multi-culturalism, immigration, sexuality as well as life-style matters dominate public debate.

The politicisation of culture contains the potential for expressing conflicts and problems in a form that are difficult to resolve. Cultural norms and values define communities, their way of life and their members’ identity. These sentiments are internalised and become constitutive elements of who we are. Conflict over the family, sexuality and the conduct of intimate relationship has rendered cultural conflicts a dramatically personal character. The phrase ‘personal is political’ expressed the shift towards the contestation of values prevailing in the private sphere. Conflict in the private and pre-political sphere resembles that which pertains to wider society in one very important respect. In both spheres the absence of consensus about fundamental norms and values creates the foundation for conflicts and divisions. Moreover the privatised manner in which these conflicts are experienced means that in some cases they can acquire an intensely personal and emotional character.

One reason why it is difficult to capture the dynamic of the culture war is that this conflict rarely assumes an explicit and systematic character. Numerous studies insist claims about the polarisation of culture are exaggerated and some even go so far as to deny its very existence [5]. Conservative denunciations of political correctness have been continually met with angry denial and the assertion that such charges represent the desperate attempt by backward looking fundamentalists to justify their prejudices. Cultural politics rarely recognises itself for what it is. It cannot acknowledge its ambition to monopolise moral authority. Although advocates of lifestyle and identity cause assert that they are tolerant, inclusive and pluralistic they cannot accept the moral legitimacy of their opponents. That is why in the United States – where the Cultural War is most developed – the language deployed by the protagonists is so intemperate and inflammatory. 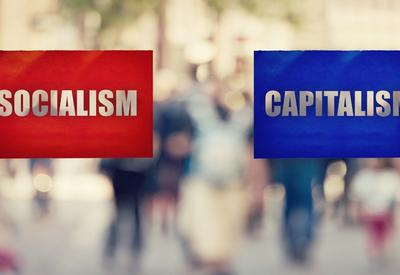 The politicisation of culture and disputes about the art of living encourage an intolerant, petty and self-serving attitude towards public life. There are no progressive causes that can be advanced through the medium of culture. Those who flatter themselves as enlightened and inclusive are no less complicit than their opponents in creating a climate of intolerance. The Culture Wars is bad news because regardless of the cause it encourages narrow minded and parochial thinking on the part of all of its all too eager participants.

Frank Furedi’s The Road To Ukraine: How The West Lost Its Way is published by De Gruyter next month.