Our fascination with evil and why it makes sense.

We all avidly watch films, read novels, and listen to stories that depict evil characters and their horrific deeds. We find ourselves both horrified and repulsed by such persons; yet the evil characters in novels and films often disconcertingly have the most appeal. It might be that examining the forbidden always provides a small shudder of excitement and fear, so evil in its many forms remains endlessly fascinating providing excellent material for writers, dramatists, journalists and others.

Accounts of evil do unerringly grab our attention and most of us are fascinated, horrified and captivated by the Iagos and Darth Vaders even while identifying with the aspirations and goals of the Othellos and Luke Skywalkers. Given that we recognize that evil involves the very worst types of actions and very worst kinds of people, why is this so?

In a recent IAI panel entitled the “The Lure of Lucifer: Why do we love Evil?’ the cultural critic Terry Eagleton suggested that as an historical matter our fascination with evil began when virtue became boring for the middle classes. With the rise of Puritanism in the 16th and 17th centuries, there was a greater promotion of virtues such as thrift, prudence, chastity and temperance; Eagleton contends that no one wants to be virtuous in this sense and thus began the era where evil becomes fascinating, even glamorous. Previous notions of evil as deprivation, an absence of being or nothingness, or the opposite of life and flourishing, fell into the abeyance.  With this turn, literature, film, and drama generated and reflected a new view of evil, one that is exciting and interesting. Now, the loathsome villain becomes intriguing while the innocent victim is perceived as boring; natural depravity absorbs our interest while goodness provokes a yawn. Evil characters like Voldemort are both terrifying and absorbing while good persons such as Harry Potter are predictable and a little dull.  We know why Harry acts as he does and we share his aspirations, his hopes and his concerns.  But Voldemort personifies a deep mystery, his motivations alien, his actions shocking, and his aspirations terrifying.

Eagleton is right to point out this historical change. It certainly is the case that the ways in which we think about evil have changed, and with it our focus on and renewed fascination with it. But when we dig deeper we notice that this fascination is not primarily because virtue has become boring.  This fascination and enduring deep interest arises from a deep existential concern about evil acts and evil persons who potentially pose a very profound threat to our wellbeing.  No one who has actually suffered from evil actions, or closely examined the terrible deeds done by evil persons, is in any doubt about this.  Consequently, our fascination arises from being cautious and concerned about our own self-preservation and the defence of those for whom we care greatly. We want to understand why some people behave in an evil way - what motivates them, are they different from ourselves, and can they even be redeemed? Are such persons born or created by unfortunate social circumstances? Finally, and most importantly, how do we identify evil persons in order to prevent them from harming us or other members of our society?

Given the moral horror evil provokes by those who witness it, why does the portrayal of evil in film, books and the media not repulse and revolt us? Why do we follow the news stories of evil persons and their deeds with such fascination and avid interest? Why is there such a huge popularity in true crime dramas and podcasts right now?  The reason is that in such situations we encounter evil as observers rather than victims and this gives us the opportunity to examine the nature of evil acts and evil persons from a position of safety, one where we are protected from their malevolent life altering effects. Such engagement occurs at a time of our choosing excluding the horror, shock and sense of defilement that would accompany an actual encounter with evil. Under these circumstances a fascination and interest with evil can safely develop, and even give us a slight frisson with the knowledge that we have ‘touched’ the forbidden or seen the dark side.

Another possible reason for our attraction to engaging with evil is that it is a very difficult notion to properly grasp both intellectually and emotionally. We tend to have strong intuitions about what it is but pinning down the precise conditions and how we ought to feel about it remains elusive. While people generally have strong feelings about what they think is evil, it is clear that there are many different accounts of evil actions and persons. There are religious and secular accounts of evil, and what constitutes evil actions or persons has varied considerably in different epochs and societies.  Is it possible then to be more precise when we use the term evil?  Could our enduring fascination lie with the haziness in our understanding of the notion?

When we think about evil it is important to make a distinction between the concept itself and the very many conceptions that have existed in different times and places and continue to exist today. The concept of evil points to those persons and/or behaviours which are so egregious, so disturbing, that pointing them out and condemning them demands more than the ordinary moral censure we use for standard forms of immorality. Ordinary moral wrongdoing evokes feelings of disapproval, dislike, disdain and even contempt. But evildoing, in contrast, arouses that special sense of moral horror for both religious and secular accounts when there is grotesque perversity or the incomprehensible and often wanton destruction of lives and property. It highlights the qualitative differences in motivations and (and very often quantitative) harms produced. Evil, among other things, destroys or warps or undermines the customary moral limits in a society. It picks out the practices and types of persons who, if not stopped, destabilize and fatally damage the moral boundaries, which make any viable decent social and political coexistence possible.  Evil acts do not consist of a merely greater quantity of wrongdoing but involve subversion and distortion of the very normative restrictions themselves, those that are fundamental to the very possibility of decent and tolerable lives.  Evil actions and evil persons impose on us what Stuart Hampshire refers to as the ‘Great Evils’, those states of affairs that are independent of any reflective thought or any specific conception of evil.  They include those acts which render any version of a decent life impossible such as torture, starvation, and murder.

This deep and existential worry about the subversion of moral boundaries generates the plethora of religious and secular conceptions of evil we encounter, each with their own specific focus on the precise characteristics evil acts or persons. These differing religious and secular conceptions arise from the particular historical and philosophical assumptions about human beings and what is needed to enable worthwhile and meaningful lives. A conception of evil, then, refers to specific instantiations or sets of conditions that give content to the general concept.  In secular accounts, this focus is on particular malevolent motives and intentions, and/or the deleterious consequences of actions. In many religious accounts, it focuses on the rejection of, or rebellion against, God who is the ultimate authority on moral right and wrong and what kind of life ought to be pursued.

So, while we are horrified and shocked by evil, we are nevertheless also strongly drawn to witness and understand it.   Herein lies the reason for this intense interest in the topic reflected in culture, art, and the media generally. This reaction is probably hardwired into us by the evolutionary process since our ancestors who recognised, combatted or avoided evil had a far greater chance of surviving.  But it is important to stress again that the conditions under which we exercise this interest are strictly constrained.  We do so when we feel it is safe, given that the terrible life altering effects of an encounter with the real thing are vanishingly small. In these circumstances, and contrary to virtues, evil attracts as much as it repels us. 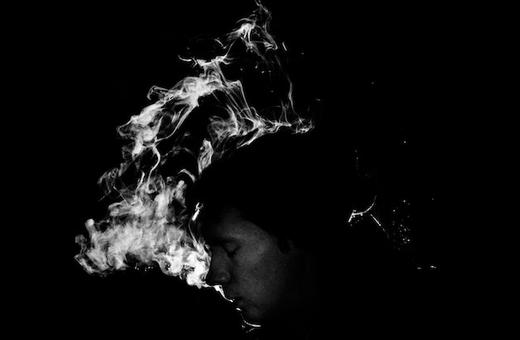 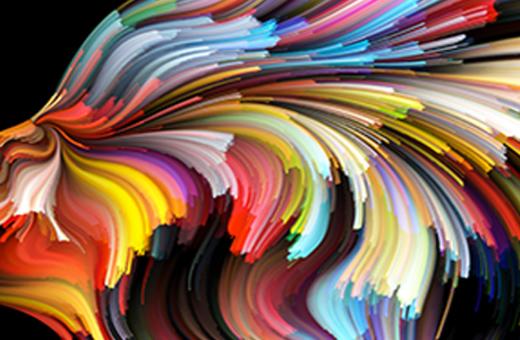 The Lure of Lucifer

Wonderful blog post. This is absolute magic of you! I have never seen a more wonderful post than this. You really brightened my day with this today. I hope you continue like this!
mens waxing tulsa

The scope of science is relatively increased and people spend on researching.
<a href="http://www.nutinscience.com/">Science Theory</a>