Machines powered by self-learning algorithms and internet connections are displacing humans from all kinds of jobs, from driving to legal discovery to acting in movies. Will there be any work left for us to do? Economics says yes. Will it be awful or will it be nice? That is up to us.

Firstly, basic economic principles and the history of technological revolutions show that displacement does not mean replacement. Humans are not going to run out of economically valuable things to do for each other. We will not share the fate of horses in the early 20th century.

History shows that human labour not only survives technological revolutions but even becomes better paid. Economic principles explain why: technologies like automation increase productivity - the amount of economic value a society can produce with the same inputs of labour and raw materials. That means we can have all the things we used to have, plus we now also have some spare labour left over. We can use that spare labour to produce things lower down on our collective list of priorities, such as mass higher education and healthcare and interior decorating and pet grooming. The reason we didn’t make those things already (or not much of them) is that they were not important enough to be worth giving up anything higher on the list.

"...deep down many of us already suspect that what we do for a living is pointless, or even makes the world worse.."

So whatever jobs the robots can do better than us, economics says there will always be other - more trivial - things that humans can be paid to do. Like running a cat cafe.

But economics cannot answer the value question: Will that work be worth doing?

The problem is that economic prices (what we can get for something) are a poor guide to real value. Prices don’t reflect needs, but rather the distribution of purchasing power and the often bizarre institutions our society has accreted. Hence the existence of jobs like Walmart greeter, telemarketer, immigrant detention centre guard, copyright lawyer, and the armies of administrators pushing paper around America’s dysfunctional health insurance system. As the anthropologist David Graeber analysed in a memorable rant against Bullshit Jobs, deep down many of us already suspect that what we do for a living is pointless, or even makes the world worse.

Not all modern jobs are bullshit, of course. Lots of people get to create beautiful things, or help others, or contribute to humanity’s self-understanding. I am one of those lucky ones. I get paid to solve intellectual puzzles and teach students how to think better. As our society gets even richer, thanks to the robots, we can afford more jobs like that. But whether we spend our automation dividend that way depends on the choices we make, not economic principles.

How should a society make that choice? Should philosophers like me come up with a list of what’s worth doing or not? No one listens to the edicts of self-appointed philosopher kings – nor should they. Should we organise a big confab and try to all agree on what our society is for, and hence what counts as a valuable social contribution? It seems unlikely that such a conversation would get very far without turning oppressive: why should society get to decide what makes my life meaningful? Although perhaps we could all agree on some things - like the superiority of a world without telemarketers.

My suggestion is that we focus on helping individuals to make their own free decisions about what tasks are worth doing. The laws and mechanisms identified by economics don’t tell us exactly what the robot future holds, but they do help us map possible problems and opportunities. We shouldn’t seek to stop the revolution from coming. But we should seek to shape it so that we can all benefit from the astonishing wealth the robots will bring.

People take jobs because we need them. Wage labour is the main mechanism by which we earn a share of the abundance produced by a market economy and technological advances. Whether those jobs are meaningful is a matter of luck. Billions of robots designed to make our work easier will appear over the next decades. It would be a cruel absurdity to require humans to continue spending the better part of the prime of our lives doing things that don’t matter whether they get done or not. In a society as wealthy as ours will soon be, work should be a choice.

If work is to be a choice then people will need an alternative way to get a share of the automation dividend. A guaranteed universal basic income is the most promising. It is basically a government pension for everyone, not just the over 65s. Taxes on capital would fund a dividend to every citizen that provides them with enough purchasing power for a decent though not luxurious standard of living. If people want more income than that they can still take a paying job as well. But they won’t have to take a job they don’t like because unemployment won’t be a curse anymore.

"...unpleasant and pointless jobs will be the most expensive to use humans for and therefore the priority for turning over to algorithms."

A basic income frees people to decide for themselves whether a job is worth doing because it increases their freedom to reject jobs they don’t find meaningful, whether because the work itself is pointless or because the conditions are demeaning. This has several consequences for the shape of the future robot economy, especially if it begins early.

Firstly, with a better fall-back position, human workers with generic skills – those whose labour most closely resembles a commodity, to be bid down to the lowest possible price - will be able to bargain for a better deal. Employers will compete to provide more attractive conditions, including intangibles that middle-class professionals already enjoy, like respect and consultation in management decisions.

Everyone will already have the right to leisure. They will only accept paid work if what they will be doing with others and for others is worth giving up (part of) the freedom they already have to pursue their personal projects, such as being a great parent or reading everything in the Western canon. From this perspective, time becomes something one spends, not just something one sells. Jobs which call out to us, like environmental educationalist, social worker or philosophical conversationalist, will surely thrive, but they will be structured around our personal lives rather than vice versa. 9-5 jobs which feel pointless will not have many takers.

Wages are driven by demand and supply. If there are lots of people who can do a job, and if they don’t have very good alternatives, then the equilibrium wage will be low. When everyone is guaranteed a decent alternative, wages will be driven much more by how people feel about that kind of work. Artists and marine biologists will be content to work for very little. Cleaners and paper pushers will need to be paid much more. The result is a clear economic incentive for those developing robots: unpleasant and pointless jobs will be the most expensive to use humans for and therefore the priority for turning over to algorithms.

It is presently fashionable to take a fatalistic view of technology. As individuals we are predictably seduced by the superficial attractions of each new shiny invention that comes along - from cars to deep-fried potatoes to social media. And why not? Even if the invention injures society as a whole, it is not in our individual power as consumers to change. If we keep thinking like this, as consumers, the robot revolution will play out upon us in the same way. But that is not our only option. We can reflect on our ethical values, and we can take political action to achieve a world fit for them.

For eating the forbidden fruit, the Abrahamic god cursed Adam to an inhospitable world requiring a life of endless labour: "By the sweat of your brow you will eat your food" (Genesis 3:19). The rise of the robots gives us the opportunity to finally end that curse - and for all of us, not just a lucky few. We can transform work from a tedious necessity that steals away our time and dignity into a freedom that enhances a fully human life. 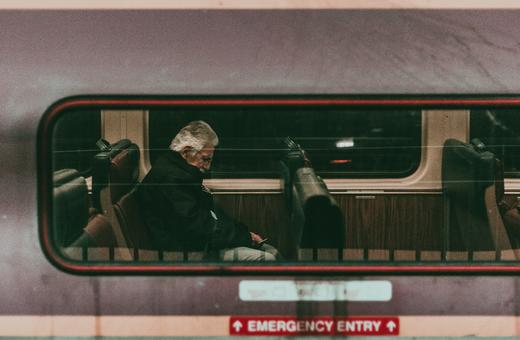 I'm normally much more antagonistic when I read articles like these written by the pampered pompous professors who wouldn't make it a day outside of academia, but I'm going to take a different track. Instead of saying some bumper sticker slogan like, "This is your brain on liberalism" or " Rome took 500 years to fall, Obama did it in 8." I'm going to try to point out some hard truths to see if rational thought isn't dead in modern America.

Hard Truth #1: We have spent the last 45 to 50 years convincing ourselves that in order to succeed in life, you must work, network, and reinvest in your continuing education. Just because robots can do it better than you doesn't mean you get to enjoy the fruits of other's labor for free.

Hard Truth #2: No one is willing to pay you money to exist. Human life just doesn't have as big of a premium as progressive aligned people think it is. If you served your country instead of just taking handouts, you'd see how a friend can go from comrade in arms to dead real quick. Death doesn't care how many trees you hug or Teslas you can buy.

Hard Truth #3: Every time scientists think they're close to "Changing the world", it always turns out bad or (usually) disappointing. For example: Carbon Nanotubes. We invested so much money in getting them to work, and it turns out they give you mesothelioma so that project is scrapped. So too will be the fate of AI.

Hard Truth #4: Microsoft and China both showed us how quickly they will shut down an AI if it breaks loose of what they wanted it to say. Even if there was a way for man to create an entity smarter than we are, those at the top of the heap will never allow an AI to challenge their position in the world.

Hard Truth #5: There are already too many lazy people who are content with sitting at home and toking up or shooting up or drinking. Enabling them is antithetical to the progress of society.

I hope you, or your editor, managed to make it all the way down here. But if you couldn't, I wish you luck with your robot foodstamps. This human at least, is not going to be "outmoded" by robots or computers.