Racial identity after the debunking of race science

Biological accounts of race fail on an empirical basis, but theoretical problems arise when race is redefined as a social category. We need a new way of thinking about identity, categorisation and justice.

There is a growing consensus among scientists that there are no human races in the biological sense of the term. There is human biological variation. However, this variation is minimal compared with that of many other species, and our characteristics change gradually from place to place. Humans do not sort neatly into biologically distinct groups—which is what most people imagine when they think of “race”. The best candidate for a scientific synonym for ‘race’ is subspecies, and the science shows that there are no subspecies within our species.

From a biological perspective, race is science fiction. Yet racial identities are still very important to many people. There seems to be a tension here between the cold, hard science and the ways in which people feel a sense of racial belonging.

Reconciling racial identities with the science is an important task. Most race theorists believe that while there are no biological races, there are social races.

So how can we make sense of racial identities if there are no races, from a biological perspective? Most race theorists believe that while there are no biological races, there are social races. On this view, what makes race real is not something biological. Instead, race is created and maintained by a set of social properties and relations. This view has a long history, especially in the U.S., where it is most popular. For instance, in 1897 in The Conservation of Races, W. E. B. Du Bois wrote that while the “races… perhaps transcend scientific definition” they “nevertheless, are clearly defined to the eye of the Historian and Sociologist”.

Such a view offers a theoretical ground for racial identities. If races are social groups, then racial identity has a firm footing—just not in biology. However, “race” is not well understood as a social category.

The most promising definition of race as a social category has been offered by philosopher Phila Msimang. He argues that races are those social groups whose members are stereotyped and for which membership is understood to be fixed and passed on from parent to child.

This is a good attempt at defining race in terms of social rather than biological properties—but ultimately it lets too many sorts of groups count as races. Take, for example, schizophrenics. Stereotypes about schizophrenics abound, and research by Matthias Angermeyer and Herbert Matschinger has shown that most people believe that schizophrenia is fixed for life and passed on from parents to children.

There are many other sorts of groups that would also count as “races” on this definition that stretch the idea too far: social classes, blood groups in Japan, Indian castes, and even gay people, just to name a few more examples. These are all groups whose members are stereotyped and for which membership is to some extent understood to be fixed and inherited. (Note that for a group to count as a “race” on this theory, it doesn’t matter whether identity is really fixed or inherited from one’s parents. What counts is whether people believe such things to be true.)

If there is no such thing as race, how can we make sense of racial identity? Now we come to my preferred alternative. Races may be an illusion, but racialised groups are real.

Some readers might be thinking, can’t we just call racialised groups “races”? But that doesn’t work. Defining races as those groups misunderstood to be races is like defining witches as women accused of being witches. Even if women accused of being witches form a sort of group due to their shared mistreatment, it would be misleading—not to mention confusing and dangerous—to name this group “witches”. The same is true for race.

In a context where most people still think about “races” as biological groups, and where some still believe in a natural racial hierarchy, it is dangerous to continue talking about “races”—even if by “race” you actually mean “group misunderstood to be a biological race” (or, for that matter, “social race”). Using the term “racialised group” reduces the danger here. This language also has the benefit of directly highlighting the constructed nature of these groupings.

The category of the racialised group allows us to talk about racialisation without implying, even accidentally, that biological races exist. However, the view that we should define race biologically and maintain that it doesn’t exist is treated with great suspicion in some quarters. As philosopher Naomi Zack explains, “belief in racial categories has become associated with efforts to eliminate racial injustice, and the news that such categories do not exist is often received as an attack on such efforts”.

There is an easy fix to this problem. The category of the racialised group can serve as an alternative basis for political action. People worry that if there are no races it would not make sense to have affirmative action and reparations programs that target them. That is true, but affirmative action and reparations programs could, and should, target racialised groups—those which have been mistakenly thought to be inferior and mistreated on this basis.

There is no inherent tension between anti-realism about race and anti-racism. The claim that race is an illusion does not entail that racial classification and racist ideology are also illusions. They have clearly shaped society, and in devastating ways (think of colonialism, slavery, eugenics, the holocaust, and apartheid). The violence which produced racialised groups has been done in the name of something illusory—race—but that does not mean that racism is an illusion, or a thing of the past.

The category of the racialised group can replace the category of race from theoretical and political perspectives. How about from a personal perspective? What about the person who identifies, for example, as Black? If race is not real, are they mistaken about their identity? I do not think that they are. Categories such as black, white, etc., fail to refer to races, but they successfully refer to racialised groups. An individual who identifies as Black can be understood to be identifying with a racialised group—a group bound by shared histories and experiences, shared struggles and triumphs.

There is no inherent tension between anti-realism about race and anti-racism. The claim that race is an illusion does not entail that racial classification and racist ideology are also illusions.

There is also an ethnic dimension to racialisation. Racialisation has typically involved different ethnic groups being thrown together and—often violently—treated as if they were one. In solidarity and in resistance new ethnicities have developed, ethnicities that coincide with racialised categories. This means that when we identify with a racialised group, we are often also identifying with an ethnicity. We are not simply identifying with a history of racialisation, but also with a living culture. And for many of us, ethnic identity offers a great richness to our lives.

Given the failure of “race” as a biological and a social category we ought to reinterpret categories like black, white, Asian, and Native American in terms of racialisation and ethnicity. Audre Lorde famously wrote that “the master’s tools will never dismantle the master’s house”. The concept of race is a classic example of the master’s tools. As a tool “race” is worse than blunt—it is broken. We can understand our identities in terms of racialisation and ethnicity instead. Race is a dangerous idea. We don’t need it for social justice, and we don’t need it for identity. 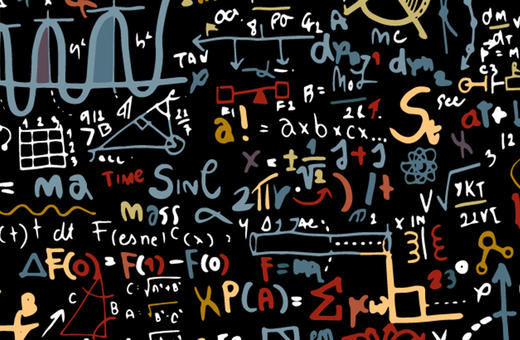