Why the world is not how we see it

Pioneering vision scientist David Marr, for example, explained in his 1982 book Vision that ‘one interesting aspect of the evolution of visual systems is the gradual movement toward the difficult task of representing progressively more objective aspects of the visual world’.  Almost every textbook agrees. Seeing the world as it is, objectively, is widely assumed to make organisms better able to find food, avoid predators or other dangers, fend off rivals, and mate successfully; it is, in other words, widely assumed to render organisms better adapted to their environments.

Evolution favors better-adapted organisms, so evolution should favor an ability to see the world objectively. What, after all, could be the advantage in not seeing – in general, sensing – the world correctly? Evolution must make organisms progressively better at sensing their worlds. How could anyone disagree?

Reality would be subjective if it is only 'in the mind of the perceiver'. But does the moon exist only when you look at it?

As in any philosophical debate, disagreement starts by asking what words mean. Let’s start with ‘objective’. Reality is objective if it is independent not just of my observations, but of your observations and everyone else’s observations. It is there, just as it is, whether anyone is looking or not. Reality would be subjective if it is only ‘in the mind of the perceiver’. Einstein is often quoted as asking Abraham Pais whether he ‘really believed that the moon exists only when I look at it’. If the moon is objective, it exists even if no one is looking at it.

Have we evolved to see an objective reality? What would an objective reality look like? The obvious place to turn is physics. In Newton’s time, a physicist might have answered confidently about planets and cannonballs, a bit less confidently about heat and light, and with a look of perplexity about gravity.   Fast forward a century and electricity and magnetism have entered the mix. Fast forward another century and we have atoms: indivisible hard spheres spinning in the void. Plus light, now a mysterious combination of electricity and magnetism. And gravity is still a complete unknown.

Move into the twentieth century and the answers rapidly leave the realm of ordinary experience altogether, encompassing quantum fields and black holes. Physicists disagree about what the basic terms in their theories even mean. Many hold that the world of ordinary experience is an illusion. By the start of the twenty-first century, some physicists soberly claim that reality consists completely of information (see my ‘Sciences of observation’ for a history of this development).

There is a trend here, and it is not encouraging for the claim that we evolved to see reality. We evolved to see rocks and rivers, plants and animals, and especially other people. Physics has nothing much to say about these things. The reason is simple if somewhat subtle; neither quantum nor classical physics provides any principled means for saying what counts as an object (an entity with a boundary in space and an identity through time).

Physics predicts that matter will agglomerate in various ways, but it neither places boundaries around the agglomerations nor provides any criteria for assigning them identities through time. We do not, however, see unbounded agglomerations, except perhaps when looking at clouds or fog; we see bounded objects that are clearly distinct from their surroundings. The most important things that we see, other people, are important largely because they are distinct individuals that maintain their identities through time.

Let us now turn to biology, and ask about ‘evolution’. The idea that evolution has achieved, at least along the lineage leading to us, a ‘progressively more objective’ ability to sense the world suggests that, in the past, organisms sensed the world a good deal less objectively than we do. It also suggests that organisms alive today that lack our particular, highly-developed abilities sense the world less objectively than we do.

But this is a logical trap. If our ancestors saw the world so poorly, how did they survive to produce us? If our fellow organisms – pansies, beetles, oak trees and fish, for example – see the world so inaccurately, why are they still here? If our senses are a pinnacle of evolutionary accuracy, why don’t all other organisms see the world the way we do? Many organisms sense aspects of the world that we don’t: migrating birds sense the Earth’s magnetic field, bats use echolocation, your dog can hear and smell things you can’t. If our senses are the best, why are we missing out?

The idea that we are ‘more evolved’ in some way belies a deep misunderstanding of evolution. All extant organisms are ‘evolved’ to exactly the same extent. We are all children, if DNA analysis is to be believed, of a single ancestral cell that lived about 4 billion years ago. Bacteria, with their minimal senses and cognition, are every bit as evolved as we are.

Evolution has selected every organismal lineage, whether microbial or multicellular, for ability to thrive in some particular niche. The vast majority of organisms live in environments where we humans could not survive: the depths of the ocean; boiling, sulfurous hot springs; tiny passages between underground rocks; the roiling chaos of our own guts. Why should they have our senses? They need their senses! As von Uexküll emphasized, every organism has its umwelt, its own particular sensory world. We have expanded our umwelt dramatically in the last five centuries by building technologies.  But our basic sensory capabilities, the ones evolution gave us, remain unchanged.

Let us then ask: what is the reality we do see? What does our “natural” umwelt look like? The first thing to notice is that it is social. We surround ourselves with other people and with artifacts made by other people. Whether our lives are long or short, pleasant or unbearable depends almost completely on what other people think of us. In other words, evolution acts on us largely through social structures: family; community; tribe, and nation. Our abilities to act in the world are regulated by social constructs: laws; governments; corporations; religions; money. As Yuval Harari points out, these social structures and constructs are elements of virtual reality. They exist in our minds. Take the human observers away, and they are gone.

Strip away the socially-constructed virtual reality, and we still have rocks and rivers, plants and animals, and other people. But what are these, when the meanings assigned by our minds are removed?  Atoms, quantum fields, abstract information, yes, but what more?

‘Seeing’ is not just detecting light. We see objects and motions, not just images. To see is already to assign some significance, some opportunity for action. Seeing is always attending to something, picking something out, distinguishing it from its surroundings, even if this attending to is only momentary and the thing picked out is instantly forgotten. What we do not attend to we do not see, as the famous Simons-Chabris’ ‘invisible gorilla’ experiment clearly shows.

Meaning is evolution’s gift. Like all gifts, it has a price: the effort of attending to the world, of paying attention.

And herein lies the rub. What evolution has given us is the ability to attend to what is meaningful to us.  ‘Meaningful’ for evolution is meaningful for reproductive success. Hence we see other people in great detail. We see obstacles and opportunities, dangers, potential tools, and good things to eat. Our long, slow migrations across Earth’s surface do not require sensitivity to a magnetic field. Seeing mountains and stars works quite well.

Once we understand seeing in terms of meaning, and meaning in terms of reproductive success (‘fitness’ in evolutionary terms), the question of seeing the world ‘as it is’ in the sterile sense of observer-independent objectivity begins to evaporate. Of course our human minds add something: they add meaning. Meaning is evolution’s gift. Like all gifts, it has a price: the effort of attending to the world, of paying attention.

The gift of meaning explains our survival. Cognitive psychologist Donald Hoffman used evolutionary game theory, a way of simulating evolution, to see how ‘organisms’ that detected only the ‘fitness points’ offered by an environment – how they could suffer or benefit from it – fared in competition with organisms that detected the ‘true’ state of the environment, and attempted to infer what they should do in every situation.

As you might guess, the organisms that detected what was relevant to them directly won hands down, driving the truth-detectors that had to infer courses of action to extinction every time. Hoffman offers what he calls the ‘interface theory’ of perception: the idea that the world as we perceive it is like the user interface of a computer, a simplified representation of what we can do in the world and what might happen as a result.  As in a computer, what is really going on in the world – the quantum fields and so on – is far too complicated for us to understand, and would take far too long to understand even were we capable. Fortunately we don’t have to.

Are we evolved to see ‘objective’ reality? No, and it’s a good thing we aren’t. We are evolved to see what is meaningful for us. But to see it, we have to pay attention. 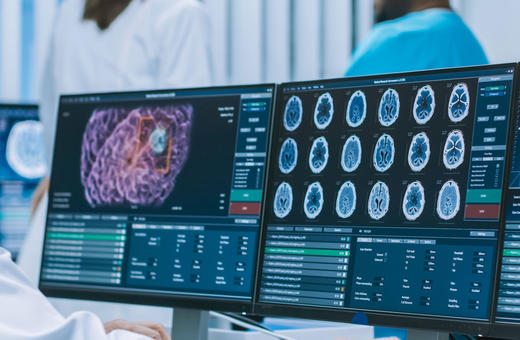 Wonderful blog post. This is absolute magic of you! I have never seen a more wonderful post than this. You really brightened my day with this today. I hope you continue like this!
boudoir photography san jose