The Good Life in the 21st Century: Living Single

| Author of Alone: The Badass Psychology of People Who Like Being Alone and Academic Associate in Psychological and Brain Sciences at the University of California, Santa Barbara
1,692 words
Read time: approx. 8 mins

What counts as a good life? Philosophers see this as a profound and complex question, but to much of the rest of the world, the answer is simple. Movies, TV shows, fairy tales, novels, songs, and the advice of generations of parents have all converged on a straightforward formula: Find “The One” and commit to The One. Get married, the story goes, and you will live happily ever after.

For a long time, social scientists seemed to be peddling the same message. At first, though, their studies were not very sophisticated. That has changed lately. Now, the very best studies – and there are many of them – are showing something very different from what we have been led to believe.

One of the key questions is, what happens to people’s happiness when they go from being single to getting married? As of 2012, there were already 18 studies that followed the same people for years, asking them repeatedly to report on their happiness. In a stereotype-shattering set of results, most of the studies showed that people were no happier after they married than they were before. In a few studies, people were asked how satisfied they were with their lives (rather than how happy), and in those studies, people who married reported a bit more satisfaction just after they married – what researchers call a “honeymoon effect” – but then their satisfaction steadily declined over time. Even that honeymoon effect was limited. Only the people who got married and stayed married enjoyed it. People who married and then divorced were already becoming less happy as their wedding day drew near.

"Westerners are obsessed with happiness and it is one of the favourite topics of researchers. Occasionally, though, they study something deeper, such as experiences of personal growth."

Westerners are obsessed with happiness and it is one of the favourite topics of researchers. Occasionally, though, they study something deeper, such as experiences of personal growth. In one study, researchers followed for five years people who had settled into their lives – single people who had always been single and married people who were continuously married. Over that period, it was the lifelong single people who were more likely to agree with statements such as “For me, life has been a continuous process of learning, change, and growth.” Married people were more likely to identify with statements such as, “I gave up trying to make big improvements in my life a long time ago.”

If the results of the studies had shown what we have been led to expect, that getting married makes people happier and healthier and better off in all sorts of other ways, too, they would have been easy to understand. Marriage, we are told, means that someone chose you. Someone loves you. Someone will be there for you, in sickness and in health, in good times and bad. You are protected.

Those aren’t the only reasons why people who marry should do better than if they had stayed single. In many places around the world, people who marry are rewarded handsomely. In the U.S., for example, there are more than 1,000 federal laws that benefit and protect only those people who are legally married. The financial advantages alone can be staggering.

People who marry also enjoy the esteem and accolades of other people. Their life scripts are the stuff of popular culture. They are celebrated with engagement parties and weddings. Their maturity and responsibility are assumed rather than questioned.

Single people do not have any of those advantages. How, then, is it possible that so many of them are doing so well?

"Single people do have love in their lives. What's more, they have other components of the good life: autonomy, mastery, purpose, and meaning."

I think it is because single people are not really missing the things we think they are missing. Most importantly, perhaps, they do have love in their lives. What’s more, they have other components of the good life: autonomy, mastery, purpose, and meaning.

For such a little word, love is a very big thing. It has a huge heart. It is not content to reside only in relationships between romantic partners. Close friends can love each other, and in fact, longstanding relationships with our dearest friends outlast many marriages. Love also makes itself at home with our most cherished family members. Spiritual figures, too, can be objects of love, and throughout the ages, they often have been.

Single people are, in some ways, more expansive in their caring than people who couple up. Several studies have shown that single people do more than married people to stay in touch with, and be there for, their friends, neighbors, siblings, and parents. Follow couples as they move in together or get married and you will see that, typically, they become more insular. They don’t pay as much attention to their friends or parents as they did when they were single. Even couples who do not have kids turn inward, becoming more isolated while single people are tending to the people who matter to them.

I have been studying single people for two decades, and sadly, stereotypes about them have persisted the whole time. People think that single people are miserable, lonely, self-centered, immature, and insecure. They are wrong about that. Interestingly, though, there is one positive view of single people that has emerged from every relevant study: Single people are seen as more independent than married people.

SUGGESTED READING Zhana Vrangalova on The Science of Good Sex By Paula Erizanu That one is mostly true. Single people have autonomy. They are in control of their own lives. When it comes to small- and medium-sized matters such as what to eat and when, what shows to watch, when to sleep, how clean to keep one’s place, and how to spend money, singles mostly get to decide those things for themselves. More importantly, they get final say on the big decisions about where to live and how to live. Of course, they have constraints – for example, of time, money, and other resources – but within those constraints, their preferences rule.

Sometimes, what single people do with their freedom is pursue what matters most to them. Research suggests that people who stay single typically care more about work that is meaningful, whereas people who marry, on the average, care relatively more about extrinsic aspects of work such as pay and opportunities for advancement. In fact, students who would stay single and those who would marry were already showing those preferences when they were still in high school, before any of them had married.

Other single people pursue passion projects. For example, they may travel, develop their artistic or athletic talents, become entrepreneurs, work for social justice, or advance the cause of science or medicine.

Sometimes what single people choose to do with their freedom is to help other people. In everyday life, single people are more likely than married people to be there for co-workers, neighbors and friends who need rides or help with errands, housework, shopping, or yard work.  They volunteer more for just about every kind of organisation except for religious ones. When aging parents need help, they are more likely to get it from their grown children who are single than those who are married. People who are ill or disabled and need help for long periods of time are also more likely to get that help from single people.

Lifelong single people develop mastery of the tasks of living. Whether it is household chores, shopping, financial planning, dealing with cars or repairs or electronic devices, single people either have to figure out how to do it all, or learn to find services or enlist others to help. This isn’t always so obvious to married people until they divorce or become widowed, and feel flummoxed when all the tasks their spouse used to cover land in their laps. 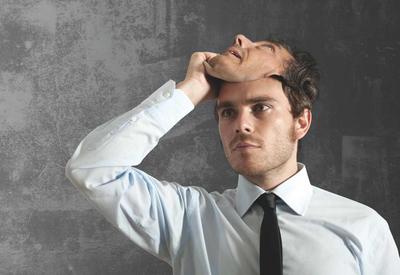 SUGGESTED READING Should I Pretend That I'm Perfect? By Julia Staffel One of the most consequential decisions singles get to make is how to live. For some, the choice is obvious; if they can afford to do so, they will live alone. All around the world, the popularity of going solo has been growing. Sometimes people who live alone get the best of both worlds – they have their autonomy and privacy, but they also have people they care about who are nearby. That happens, for example, when single people move into neighborhoods or apartment buildings where they already have friends or relatives. It can also happen when single people have places of their own in cohousing communities or other neighborhoods in which the residents are committed to being neighborly. They are creating twenty-first century versions of village life.

Other single people prefer to live under the same roof with other people. Across the entire spectrum of the adult life cycle, from the youngest adults to the oldest, people are sharing homes. They are living with friends and people who become friends. Often, they see one another as home mates rather than roommates, because they are sharing more than space – they are sharing their lives. Single people are also living with family. Multi-generational households, for example, have become more commonplace. In a particularly innovative arrangement, single mothers can find other single mothers looking to share a home and raise their children together on the online platform, CoAbode.

Single life is a life of choice. People who are single get to decide who – if anyone – they are going to live with, what kinds of livelihoods and passions to pursue, and how to arrange everything from their day-to-day lives to the arc of their lifetimes. There is no one single life. The good life, for single people, is the most authentic, most fulfilling, and most meaningful life they can create for themselves.

Bella DePaulo will be speaking at HowTheLightGetsIn Festival in London on 22-23 September. Get your tickets now.