The ancient quest for wisdom is now truly urgent.

Nearly forty years ago I discovered a profoundly significant idea. Quite simply: the key to wisdom. For over two and a half thousand years, philosophy (which means “love of wisdom”) has sought in vain to discover how humanity might learn to become wise – how we might learn to create an enlightened world. For the ancient Greek philosophers, Socrates, Plato and the rest, discovering how to become wise was the fundamental task for philosophy. In the modern period, this central, ancient quest has been laid somewhat to rest, not because it is no longer thought important, but rather because the quest is seen as unattainable. The record of savagery and horror of the last century is so extreme and terrible that the search for wisdom, more important than ever, has come to seem hopeless, a quixotic fantasy. Nevertheless, it is this ancient, fundamental problem, lying at the heart of philosophy, at the heart, indeed, of all of thought, morality, politics and life, that I have solved. Or so I believe.

What we have is a long tradition of inquiry – extraordinarily successful in its own terms – devoted to acquiring knowledge and technological know-how. It is this that has created the modern world, or at least made it possible. But scientific knowledge and technological know-how are ambiguous blessings, as more and more people, these days, are beginning to recognise. They do not guarantee happiness. Scientific knowledge and technological know-how enormously increase our power to act. In endless ways, this vast increase in our power to act has been used for the public good – in health, agriculture, transport, communications, and countless other ways. But equally, this enhanced power to act can be used to cause human harm, whether unintentionally, as in environmental damage (at least initially), or intentionally, as in war. It is hardly too much to say that all our current global problems have come about because of science and technology. The appalling destructiveness of modern warfare and terrorism, vast inequalities in wealth and standards of living between first and third worlds, rapid population growth, environmental damage – destruction of tropical rain forests, rapid extinction of species, global warming, pollution of sea, earth and air, depletion of finite natural resources – all only exist today because of modern science and technology.

Science and technology lead to modern industry and agriculture, to modern medicine and hygiene, and thus in turn to population growth, to modern armaments, conventional, chemical, biological and nuclear, to destruction of natural habitats, extinction of species, pollution, and to immense inequalities of wealth around the globe.

Science without wisdom, we might say, is a menace. It is the crisis behind all the others. When we lacked our modern, terrifying powers to act, before the advent of science, lack of wisdom did not matter too much: we were bereft of the power to inflict too much damage on ourselves and the planet. Now that we have modern science, and the unprecedented powers to act that it has bequeathed to us, wisdom has become, not a private luxury, but a public necessity. If we do not rapidly learn to become wiser, we are doomed to repeat in the 21st century all the disasters and horrors of the 20th: the horrifyingly destructive wars, the dislocation and death of millions, the degradation of the world we live in. Only this time round it may all be much worse, as the population goes up, the planet becomes ever more crowded, oil and other resources vital to our way of life run out, weapons of mass destruction become more and more widely available for use, and deserts and desolation spread.

The ancient quest for wisdom has become a matter of desperate urgency. It is hardly too much to say that the future of the world is at stake. But how can such a quest possibly meet with success? Wisdom, surely, is not something that we can learn and teach, as a part of our normal education, in schools and universities?

This is my great discovery! Wisdom can be learnt and taught in schools and universities. It must be so learnt and taught. Wisdom is indeed the proper fundamental objective for the whole of the academic enterprise: to help humanity learn how to nurture and create a wiser world.

But how do we go about creating a kind of education, research and scholarship that really will help us learn wisdom? Would not any such attempt destroy what is of value in what we have at present, and just produce hot air, hypocrisy, vanity and nonsense? Or worse, dogma and religious fundamentalism? What, in any case, is wisdom? Is not all this just an abstract philosophical fantasy?

The answer, as I have already said, lies locked away in what may seem a highly improbably place: science! This will seem especially improbable to many of those most aware of environmental issues, and most suspicious of the role of modern science and technology in modern life. How can science contain the methodological key to wisdom when it is precisely this science that is behind so many of our current troubles? But a crucial point must be noted.

Modern scientific and technological research has met with absolutely astonishing, unprecedented success, as long as this success is interpreted narrowly, in terms of the production of expert knowledge and technological know-how. Doubts may be expressed about whether humanity as a whole has made progress towards well being or happiness during the last century or so. But there can be no serious doubt whatsoever that science has made staggering intellectual progress in increasing expert knowledge and know-how, during such a period. It is this astonishing intellectual progress that makes science such a powerful but double-edged tool, for good and for bad.

At once the question arises: Can we learn from the intellectual progress of science how to achieve progress in other fields of human endeavour? Is scientific progress exportable, as it were, to other areas of life? More precisely, can the progress-achieving methods of science be generalised so that they become fruitful for other worthwhile, problematic human endeavours, in particular the supremely worthwhile, supremely problematic endeavour of creating a good and wise world?

My great idea – that this can indeed be done – is not entirely new (as I was to learn after making my discovery). It goes back to the 18th century Enlightenment. This was indeed the key idea of the Enlightenment, especially the French Enlightenment: to learn from scientific progress how to achieve social progress towards an enlightened world. And the philosophes of the Enlightenment, men such as Voltaire, Diderot and Condorcet, did what they could to put this magnificent, profound idea into practice in their lives. They fought dictatorial power, superstition, and injustice with weapons no more lethal than those of argument and wit. They gave their support to the virtues of tolerance, openness to doubt, readiness to learn from criticism and from experience. Courageously and energetically they laboured to promote reason and enlightenment in personal and social life.

Unfortunately, in developing the Enlightenment idea intellectually, the philosophes blundered. They botched the job. They developed the Enlightenment idea in a profoundly defective form, and it is this immensely influential, defective version of the idea, inherited from the 18th century, which may be called the "traditional" Enlightenment, that is built into early 21st century institutions of inquiry. Our current traditions and institutions of learning, when judged from the standpoint of helping us learn how to become more enlightened, are defective and irrational in a wholesale and structural way, and it is this which, in the long term, sabotages our efforts to create a more civilised world, and prevents us from avoiding the kind of horrors we have been exposed to during the last century.

The task before us is thus not that of creating a kind of inquiry devoted to improving wisdom out of the blue, as it were, with nothing to guide us except two and a half thousand years of failed philosophical discussion. Rather, the task is the much more straightforward, practical and well-defined one of correcting the structural blunders built into academic inquiry inherited from the Enlightenment. We already have a kind of academic inquiry designed to help us learn wisdom. The problem is that the design is lousy. It is, as I have said, a botched job. It is like a piece of engineering that kills people because of faulty design – a bridge that collapses, or an aeroplane that falls out of the sky. A quite specific task lies before us: to diagnose the blunders we have inherited from the Enlightenment, and put them right.

From Nicholas Maxwell, Global Philosophy: What Philosophy Ought to Be (Imprint Academic, 1st October 2014) 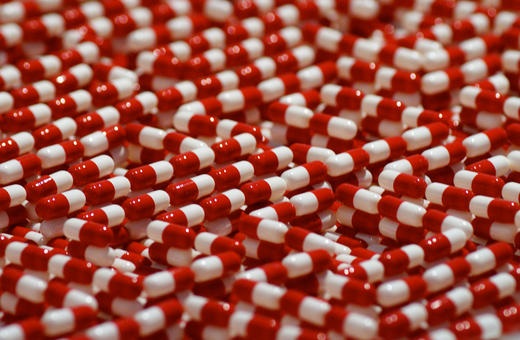 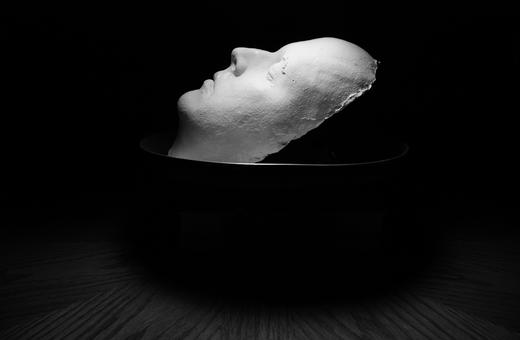 Casinoshunter will guide you into world of gambling when you find it hard to choose a reliable online casino. We have gathered only the best and the most trusted online games at https://casinoshunter.com/online-casinos/