| Socialist and feminist activist and writer, who has written for the Guardian, New Statesman and Red Rag. Author of nine books including 2014's The End of Equality.
1,003 words
Read time: approx. 5 mins

If feminism isn’t dead, it certainly deserves to be – at least according to an [October 2015] piece in The Spectator, Britain’s Tory weekly. Feminism, we’re told, “should be celebrating its triumphs. Instead it has descended into pointless attention-seeking.” The triviality of the targets attacked by today’s feminists is the surest proof of it demise.

Phew. So, women have won.

It’s nonsense, of course, but that thought – though it scarcely withstands scrutiny – was deemed worthy to be the magazine’s cover story. If nothing else, it shows that feminism is the zeitgeist, that gender is an argument we’re all in, and that it is an argument worth having – even when feminism’s sceptics proclaim that it has won and should, therefore, maintain a dignified silence.

When I first started thinking about this for my book, End of Equality, it was the evidence on two fronts that provoked alarm: the equal pay stalemate, and the global evidence of impunity for crimes against women and children. Those thoughts were developing before the crash of 2008. If anything, the global debt crisis, and the response to it, clarified the contours of the new historical settlement: gender may not be an explicit category in the way the world is being made, but it is nonetheless omnipresent.

Austerity strategies have targeted welfare states in general and women in particular: in Britain, for example, the spending review announced by Chancellor George Osborne in autumn 2010 proposed cuts that were, in effect, a form of redistribution from women to men. According to Labour MP Yvette Cooper and the House of Commons Library, three quarters of the burden of the cuts would be shouldered by women. When Osborne launched his proposed £9.7 billion cuts in tax credits in 2015, it was calculated that £7 billion would be taken from women.

The new world order and the neoliberal strategies adopted by the world’s financial institutions, inaugurated by Thatcherism in the 1980s, are incompatible with equality and justice.

This is not to say that the triumph of neoliberalism in the last decades of the twentieth century, and the first decades of the 21st, is in any simple and explicit sense an attempt to re-instate an earlier era of patriarchy. Nor is it to suggest that the new order is stable or absolute. It is to argue, however, that there is a symbiotic dynamic between neoliberalism and neo-patrarchy and that this is the new articulation of male domination.

Peace and prosperity were the promised harvest of the end of the Cold War. Yet the new world order bequeaths inequalities that rise year on year: violence and pauperisation.

The world is now more unequal than it was then. The world is beset by proliferating warfare – between states, within states, faiths, illicit traffickers of people, raw materials and resources, drugs and guns. The differential impact on men and women is well known, but what is often ignored is that war demands the making and maintaining of violent masculinities.

The neoliberal project works in articulation with the ancient traditions of patriarchy to provide the ideological scaffolding for the new project: to banish the elements of egalitarianism, social solidarity, peace and security that were inscribed in the historic compromise between capital and labour that shaped Europe after World War II.

The neoliberal revolution has marketised the language of politics itself: taxes are bad, profits are good; public sector is bad, private sector is good; competition rather than co-operation is represented as a law of nature.

Thomas Picketty argues in his book, Capital, that equality and social solidarity organised through welfare states, may be a specifically twentieth-century project. The beginning of the end was the tumultuous 1980s.

During that period, the feminist publisher Virago commissioned me to follow in George Orwell’s footsteps, when he trekked around some of the ‘distressed areas’ of England during the great depression of the 1930s. His mission was to audit the life and times of a working class living in a kind of state of emergency, a class that was only relatively recently enjoying universal suffrage, a time when democracy was still a new idea.

Orwell’s odyssey told him that England was a good old place with the wrong people in charge. He never lived to see the right people in charge – and his misanthropy perhaps would have ensured that he never would. Orwell wasn’t interested in women, and could not abide feminism. He would have found The Spectator’s misogyny congenial. But that would only have intensified his myopia – now, as it did then. Gender was not only structural, omnipresent; it opened a window on what was to become the historical limit of the welfare state.

If Orwell was traveling across inhospitable and unfamiliar terrain in the 1930s, in the 1980s Britain was again becoming a stranger to itself. Little did we know then how seismic and global the neoliberal surge would be. There were heroic efforts by intellectuals around the British journal Marxism Today in Britain, including Stuart Hall, Eric Hobsbawm and Andrew Gamble, to grasp its impact in restructuring society. What has emerged is the gendering of the new era. By then the old sexual settlement – male breadwinner, female caregiver – was already unsustainable. But what is the new sexual settlement? Unquestionably, that neoliberal neo-patriarchy is a new articulation of male domination.

The Fall of the Alpha Leader 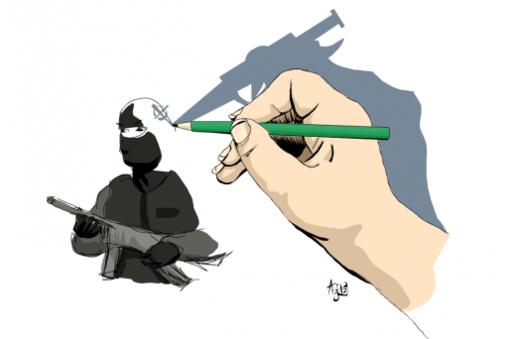