The organised hypocrisy of experts

| Auguste Comte Professor of Social Epistemology at the University of Warwick. In the Autumn, he is publishing a follow-up to his Post-Truth: Knowledge as a Power Game, entitled A Player's Guide to the Post-Truth Condition: The Name of the Game
1,474 words
Read time: approx. 7 mins

Modern society in general and the academic institution in particular depend on systems and processes that allow perceived experts to control the context in which so-called facts are understood. Efforts to manage  the unexpected ways contexts change and the relevance of facts shifts is a powerful form of organised hypocrisy, writes Steve Fuller.

When the late US Senator Daniel Patrick Moynihan quipped, ‘You’re entitled to your own beliefs but not your own facts’, he forgot to explain that it was because the facts belong only to the experts. The hidden conceit is Platonic: The plebs have ‘beliefs’, the experts ‘facts’. Moynihan’s mode of address is characteristic of experts. What the experts say may be true but it’s never the whole truth because they are hiding the context from you. In this sense, expertise is an especially potent form of organized hypocrisy.

To be sure, the experts themselves control only some of the relevant context. The part they control rests on everyone assuming that facts must be understood ‘properly’. This part makes the expert appear like a custodian of some intellectual commons. Higher education certainly reinforces this perspective, though it has been seriously eroded over the past quarter century by the internet. But generally speaking, modern societies are structured to make it relatively easy for experts to control that part of the context.

Experts want to be the first to announce that the context has changed, and therefore the facts are not quite as they had originally seemed.

The part that experts don’t control is that contexts change over time and in unexpected ways, which means that the significance of the facts also changes. Here the experts want to ensure that these changes are publicized only once they are ready to take full advantage of them. This leads experts to be ‘economical’ with the truth in the manner of my Platonic gloss of Moynihan’s quip. They want to be the first to announce that the context has changed, and therefore the facts are not quite as they had originally seemed. In practice, this means that most critiques, objections, anomalies are ignored, denied or otherwise marginalized – that is, until the time comes that the experts have got sufficient control of the situation to move forward in unity and strength.

None of what I have said denies that experts commit various errors and even frauds along the way. However, most of those errors don’t seriously disturb the overarching expert narrative. Even the frauds are manageable in the long term, especially if they can be presented – in a tastefully distant future – as having anticipated findings confirmed by subsequent ‘proper’ research. That strategy served to salvage the careers of those eminent fraudsters, Galileo and Mendel. Arguably the true expertise of experts is their ability to manage what the sociologist Erving Goffman discerned as ‘back stage’ and ‘front stage’ in what amounts to the drama of organized inquiry. While Goffman was himself focused on everyday life in the modern world, his point extends quite naturally to the world of expertise.

Steve Fuller, Kenneth Cukier and Lawrence Krauss ask if everything we know is wrong

Philosophers of science translate Goffman’s dualist dramaturgy as the ‘context of discovery’ (aka back stage) and the ‘context of justification’ (aka front stage). The former is the idiosyncratic, perhaps even irrational way in which scientists actually make breakthroughs; the latter is the logically airbrushed, empirically photoshopped version in which those breakthroughs appear in peer-reviewed journal articles. Sociologists notoriously started pulling the curtain behind science’s front stage in the 1970s, emphasizing the considerable work involved in converting the antics of the laboratory into a stable piece of knowledge that can command public support.

Of course, the sociologists weren’t telling the experts anything that they didn’t already know. The experts just didn’t want it to be more generally known. Facts don’t emerge and are not maintained by themselves. Indeed, they need to be stage-managed. Such ‘stage management’ is largely about controlling the context in which they are presented as ‘facts’. The intense publication rivalry that one witnesses in the academic world is mainly about trying to best capture something that many – if not – most of the relevant experts are already prepared to accept. They’re just waiting for someone to present it perspicuously. The issue with establishing facts is not truth but authorization: Who gets to say it, not what gets said.

Facts don’t emerge and are not maintained by themselves. Indeed, they need to be stage-managed.

A doubled down version of this approach appears in the need to possess the relevant academic credentials before one can even be a player in this game. To be sure, someone lacking a PhD is capable of making a major intellectual breakthrough. Arguably most such breakthroughs have been made by just such people, especially if inventions are included. However, it is unlikely nowadays that such people would have the ‘know how’ (savoir faire) to negotiate their way through the peer review process, that fountainhead of expert hypocrisy.

Peer review is the process by which established academics allow people to contribute to their collective knowledge enterprise. It typically involves a dual judgement about both the validity and the relevance of the work presented. Someone may submit an article that is valid on its own terms yet not relevant to the enterprise’s direction of travel. A rejection on this basis at first sounds like a harmless sorting exercise. However, if the knowledge enterprise already enjoys the standing of ‘expertise’ in the larger society, then a valid article’s ‘irrelevance’ might subvert that standing, were it to be published, if it suggested an alternative way of approaching matters over which the experts currently enjoy a monopoly.

Consider the terms on which the charter of the first modern scientific association, the Royal Society of London, were drawn. They offer a blueprint of corporate autonomy – and the hypocrisy it embodies. In particular, the charter crystallized the mutual recognition of the state and the nascent scientific community of the benefit they could provide to each other if each stayed out of the other’s business. Thus, forms of organized inquiry that potentially threatened the state’s legitimacy – morals, politics, religion, rhetoric – were specifically banned in the Royal Society’s charter. Agreement on this point was easier in 1660 than it might be today because England had just emerged from a long and deep civil war, culminating in the overthrow of the monarchy.

Here it is worth recalling a quip of that great early modern master of hypocrisy, US founding father Benjamin Franklin: ‘If we don’t hang together, we shall hang separately’. Franklin was talking about the need for the revolting American colonists to settle their differences over the wording of the Declaration of Independence before exposing the document to public scrutiny. In practice, this meant that the colonial delegates wrangled behind closed doors before presenting a finished text. While political philosophers like to present this episode as demonstrating the value and power of reaching consensus, ‘consensus’ is just a euphemism for organized hypocrisy.

By drawing a curtain over the back stage, Franklin and his fellow revolutionary wranglers inhibited any larger participation over what probably most concerned the target audience. This was exactly the spirit in which the Charter of the Royal Society was entered. In that case, the curtain would be regularly drawn by the peer review process, which was originally a form of censorship but subsequently has been sublimated as self-censorship. The Royal Society’s first editor, Henry Oldenburg, simply refused cognitively inflammatory references from entering the society’s correspondence, the basis for its original ‘proceedings’. Indeed, peer review has always involved the enforcement of ‘political correctness’, with the politics shifting over time and place.

Early in the Royal Society’s history, Thomas Hobbes challenged Robert Boyle over the validity of his air-pump experiments, which allegedly demonstrated the existence of a vacuum in nature. Hobbes was very politically incorrect. He failed to respect the Royal Society’s state authorized hypocrisy. Specifically, Hobbes did not believe that the presence of several authorized observers to a single event was sufficient to establish a metaphysical truth. Moreover, his attack was very robust. Hobbes regarded experiments as pure theatre and provocatively compared Boyle’s set-up to transubstantiation in the Roman Catholic Mass, whereby the mundane mixing of bread and wine is presented as the body and blood of Jesus Christ.

Hobbes’ denial of membership to the Royal Society effectively overruled his challenge, after which the curtain was drawn between the front and the back stage of the drama of science. And the rest is history -- specifically, the history of institutionalized science, aka organized hypocrisy.

The themes in this article are developed more fully in A Player’s Guide to the Post-Truth Condition: The Name of the Game, to be published in the autumn by Anthem Press. 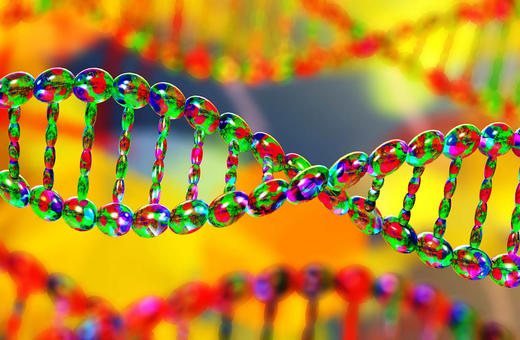