Saul Kripke passed away earlier this year. His work changed philosophy forever. Inspired by Leibniz’s possible worlds, he ushered in the return of metaphysics, while remaining very much with his feet on the ground, writes Timothy Williamson.

The stereotype of a philosopher is an old man with a long beard. Saul Kripke made world-leading contributions to philosophy and logic as a teenager. It was the starting-point for his most distinctive later work, which gave philosophers a new framework to think in.

Kripke’s first breakthrough came in modal logic, the branch of logic concerned with structural principles about necessity and contingency, possibility and impossibility. In English, such matters are expressed by everyday modal auxiliary verbs like ‘can’ and ‘must’; a language incapable of making such distinctions would be radically impoverished. The study of modal logic goes back at least to Aristotle. When we accept the inference from ‘It can’t happen’ to ‘It won’t happen’, but reject that from ‘It can happen’ to ‘It will happen’, we are already doing simple modal logic. 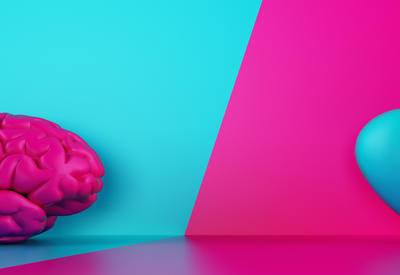 SUGGESTED READING The impotence of reason By LoriGruen

Logicians want a more systematic, rigorous approach to classifying arguments as valid or invalid, rather than just relying on vague impressions of plausibility. More specifically, they want to define a range of models of how things are against which they can test an argument, to see whether its conclusion really follows from its premises. A counterexample to an argument is a model in which its premises are true but its conclusion false, where following the argument leads you astray. An argument to which there is such a counterexample is invalid. An argument to which there is no counterexample is valid; following it never leads you astray. Having defined this clear standard of validity, logicians want to codify the valid arguments in a given language by providing basic principles from which all the valid arguments—and no invalid ones—are derivable. If such a system of principles exists, it is both sound, because only valid arguments are derivable in it, and complete, because all valid arguments are derivable in it.

By the 1950s, an appropriate range of models had been defined for elementary non-modal logic, for which standard systems of principles had been shown to be sound and complete. But no one knew how to extend those results to modal logic. There were various systems of more or less plausible modal principles, but no corresponding idea of models against which their soundness and completeness could be tested. The challenge was especially acute for quantified modal logic, which combines modal operators such as ‘possibly’ and ‘necessarily’ with quantifier words such as ‘some’ and ‘every’, in combinations like ‘Every saint could have been a murderer’.

We must be willing to take the metaphysical questions at face value, and not treat them as really questions about words or concepts in disguise

That was the problem Kripke solved as a teenager. With mathematical rigour, he defined both a suitable class of models for a quantified modal language and a formal system for deriving principles of quantified modal logic, and proved his formal system sound and complete for those models. His approach was inspired by an equation of ‘necessary’ with ‘true in every possible world’, which goes back to Leibniz, though he—unlike Kripke—understood possible worlds as ideas in the mind of God, of which God actualizes only the best one.

More than a decade before Kripke, the logical positivist Rudolf Carnap had used the analogy with Leibniz’s possible worlds in explaining his own analysis of modal logic. However, as a resolute anti-metaphysician, Carnap tried to deflate possible worlds by substituting ‘state-descriptions’, totally specific consistent descriptions in words. His reduction turned out to be too inflexible; it did not permit a sound and complete systematization.

Kripke took a subtler approach. In effect, he put possible worlds inside each model, thereby treating the modal aspect as part of what the model postulates about reality, rather than treating the worlds as merely parts of the overall modelling framework itself, as Carnap had done. Admittedly, talk of possible worlds plays no official role in Kripke’s purely technical definitions and proofs, which are no more metaphysical than any other piece of mathematics. But he is explicit that his approach is motivated by the possible worlds picture, and one can make sense of his models in terms of possible worlds, even though one is not strictly forced to do so. Moreover, since what is possible in one model may be impossible in another, possibility is not dictated by the structure of the language itself, as it had been for Carnap. It is an independent variable.

Thus Kripke’s earliest published work already makes room for modal metaphysics, where we can sensibly ask questions like this: could you have had biological parents other than your actual ones? He was inclined to answer ‘No’, but what matters more than the specific answer is how he exposed the inadequacy of attempts to reduce such questions to nonsense, or to matters of linguistic convention or the like.

A few other modal logicians had technical or philosophical ideas related to Kripke’s at around the same time. What distinguishes his work is not just its greater technical power but its greater clarity of vision, at once logical and philosophical. Those qualities go together, for a perspicuous logical framework guides mathematical research into fruitful directions and facilitates generalizations, while also highlighting fallacies that impede philosophical progress. Kripke’s achievements in the late 1950s and early 1960s have been central to the development of modal logic as a significant branch of both mathematical and philosophical logic. ‘Kripke models’ remain the starting-point. Vastly more has been discovered about modal logic since 1958 than in all of previous history.

In philosophy, Kripke’s approach quickly became influential, especially after the publication of his masterpiece Naming and Necessity, first as a long article in 1972 and then as a short book in 1980. It is clearly one of the most original, significant, and influential works of philosophy published in the past century. As the title hints, it combines philosophy of language with metaphysics. Although it was sometimes interpreted as trying to draw metaphysical conclusions from premises about language, that was not Kripke’s intention. Rather, he showed how mistakes about language—for example, about how names pick out their bearers—had led to mistakes in metaphysics, such as fallacious refutations of essentialism. Correcting the mistakes about language does not all by itself answer the metaphysical questions, but it does give us a better shot at answering them correctly. To do that, we must be willing to take the metaphysical questions at face value, and not treat them as really questions about words or concepts in disguise.

Following Kripke, possible worlds became a standard part of many philosophers’ toolkit. After all, philosophers tend to be more interested in necessary connections than contingent ones, and they soon found that Kripke’s possible worlds framework gave them much better control of arguments about necessity and contingency. This style of thinking became so prevalent that people started calling it the ‘possible worlds revolution’. It went much deeper than just the reference to possible worlds, because it involved a turn towards full-blooded metaphysics, away from the ‘linguistic turn’. 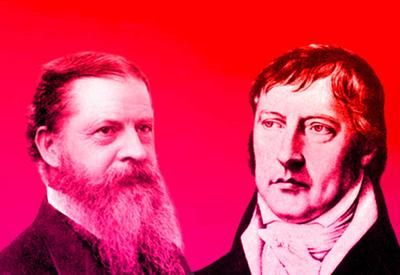 SUGGESTED READING There is no escaping metaphysics By RobertStern

But, the reader may be itching to ask, what are Kripke’s possible worlds? As already noted, they are neither ideas in the mind of God nor linguistic descriptions. The most notorious answer to the question is the modal realism of David Lewis, Kripke’s contemporary and another leader of the possible worlds revolution. According to modal realism, a possible world is, roughly, a concrete spatiotemporal system, for short, a space-time. There are infinitely many space-times, all spatiotemporally unconnected to each other and all equally real. The actual world is nothing special, just the space-time you and I are part of. Whatever could happen, in some space-time does happen; that is what possibility consists in. Thus, since there could be a talking donkey, in some space-time there is a talking donkey. There really is a flesh-and-blood talking donkey, even if it’s in another space-time. Scepticism about possible worlds tends to focus on possible worlds in this bizarre modal realist sense. But Kripke emphatically rejected modal realism. On his common sense view, when talking about what you could have done but didn’t, we’re not talking about what some counterpart of you in another space-time did.

For Kripke, possible worlds are more like the possible outcomes we consider when calculating the probability of getting 11 on a throw of two fair dice, or the possible states of a system in what physicists call a ‘phase space’ or a ‘dynamical system’: a way things could be. The only difference is that a possible world is global: a maximally specific history of the whole universe over all time. Far from being anti-scientific, Kripke’s possible worlds are closely linked to the implicitly modal dimension of science, which concerns not just what does or doesn’t happen, but what could or couldn’t happen. 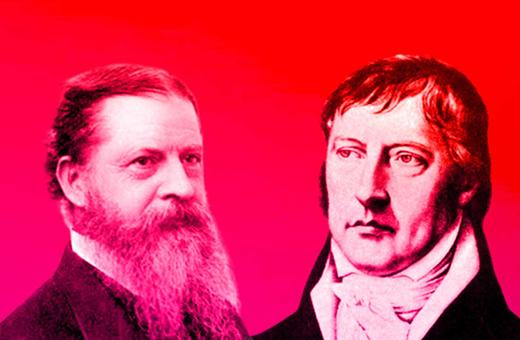 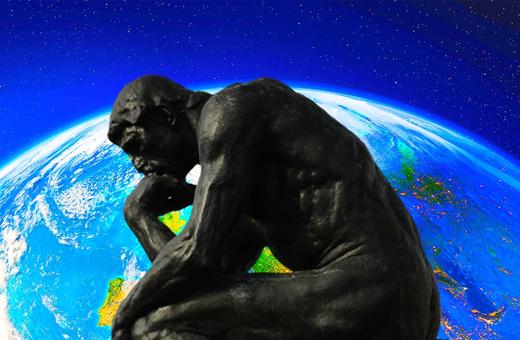