Soft power in the age of Covid

The era of America’s cultural supremacy may be coming to an end. In Southeast Asia, China is gaining influence not only through PR campaigns like mask and vaccine diplomacy, but through its cultural exports. TikTok, pop music and the Chinese equivalents of Netflix and HBO might seem of little consequence to hard geopolitical power struggles. But these exports are winning over hearts and minds and normalising China’s autocratic government, Thomas Barker argues.

As the old maxim says, “Never let a good crisis go to waste”. Covid-19 is the great crisis of our time. Mostly refracted through the “great power competition” between the incumbent hegemon the United States and the rising power, the People’s Republic of China, the Covid-19 pandemic is proving to be a fecund ground for soft power projection, national image management, and public diplomacy.

Southeast Asian countries are viewing this ongoing conflict with interest as the two superpowers engage in ideological debates and tit-for-tat accusations. As the virus arrived, and then spread, Southeast Asian countries readily accepted gifts of masks, PPE, and other equipment. These appeared as good news stories in the local press, accompanied by official photographs of crates arriving at airports adorned with flags, messages of friendship, and officials giving a thumbs up. In the ongoing battle for ideas, legitimacy, and recognition, Covid 19 quickly became another ‘space’ in which governments could posture and engage in public diplomacy or “mask diplomacy” as it became known. Observers have framed this as part of a soft power play in Southeast Asia where China in particular is gaining goodwill and improving its image in the region, often as leverage for political favour. Thinking in terms of soft power though both underplays and overstates what is going on at the moment.

Rather than coercing a country through the use of military force or economic power, soft power works to co-opt and convince through the power and attraction of ideas.

On the one hand, these contemporary forms of soft power are iterations of what used to be called psywar in the Cold War era, associated with efforts by US state agencies to shape and influence opinion in target populations. On the other, some efforts like mask donations are just the latest form of ‘public diplomacy’, namely efforts by states, usually through their diplomatic service, to create a positive image of their country.

Either way, this challenges the concept of soft power as first articulated by Joseph Nye in the late 1980s. Nye suggested that a country can exert influence over another by the power of ideas and culture. Rather than coercing a country through the use of military force or economic power, soft power works to co-opt and convince through the power and attraction of ideas. For Nye, the United States was the preeminent soft power nation with its global cultural industries such as Hollywood and the ideological substance of its values and way of life condensed into concepts like freedom, liberty, or what President Reagan called a “city on the hill”.

Yet we readily forget that Nye’s conception was formulated in the context of America’s “victory” in the Cold War, accompanied by economic globalisation and the adoption of neoliberal economic policies around the world. It was easy therefore to claim that America had “won” due to the power of its ideas and claim, in a circular logic, that this was the product of superior soft power, rather than actual power. Nye’s soft power argument is itself a product of US self-congratulatory triumphalism, rather than any objective measure of cause and effect.

Instead, what Covid-19 is revealing is a wholesale shift in the terrain of soft power and ideological narratives. What the US and the West in general have not realised is that America’s victory in the Cold War produced a form of hubris that has made the West think unreflexively about itself, its role in recent history, and how others such as Southeast Asians view them.

America and its allies embarked on military campaigns throughout the 1990s in the name of ‘freedom and democracy’ but delivered little of either. Even after the shock and tragedy of the 9/11 attacks, and the global support, the ‘benign hegemon’ embarked on a seemingly never-ending succession of wars, invasions, and bombings which suffered mission creep, lack of strategic clarity, and a Vietnam-war-like syndrome of never-ending war. As I write, American and other allied forces are withdrawing from Afghanistan after a twenty-year engagement that seems to have produced very little.

As a result, the United States lost a lot of its legitimacy and become entangled in its own moral contradictions. America’s standing in the world as the “city on the hill” has been damaged by its militarism and the perception that its rhetoric and stated ideals do not match its actions. In short, America has lost much of its moral standing in the world which diminishes the foundations of its soft power.

The emergence of China’s new paradigm of soft power

The pandemic era requires us to rethink how soft power operates, and who is winning the battle for hearts and minds. The information landscape has changed since the early 2000s, and especially since the 1990s, when American media companies like CNN were ascendant and we talked of a “CNN Effect”. Instead, now, the internet, social media, and network information ecosystems have taken over. The diffuse information networks of Facebook, YouTube, and myriad “news” outlets compete in a befuddled information overload. Saturated with misinformation, fake news, conspiracy theories and new pernicious forms of ideological content, the information landscape has complicated any simple narrative of US righteousness and moral superiority. Once stable and homogenous information ecosystems are fractured, opinion becomes as salient as fact, a TikTokker has as much perceived authority as a news anchor, and slick ominous documentaries on YouTube reveal “secret conspiracies”.

As many in the region become disillusioned with democracy as it is corrupted by venal elites and incompetence, China’s model of autocratic-developmentalism is increasingly attractive both to elites and weary publics. This has allowed China to reshape the narrative about itself and its place in the world. Mask diplomacy, and more recently vaccine diplomacy, are iterations of this ongoing soft power tussle allowing China to create new narratives about itself and challenge the US and the “liberal world order”. While it may not be readily visible in the West, in cities such as London or New York, it is clear from within the region of Southeast Asia, where competing narratives of the factual world are playing out.

Southeast Asia’s information landscape is being reshaped by content originating from China including official news and information sources but also a myriad of new innocuous and entertaining formats. Mandarin language media are gaining in popularity especially for populations in countries like Singapore and Malaysia where Mandarin is still spoken, but where many are also learning Mandarin to pursue opportunities in China. Friends complain about their parents coming under the sway of this in much the same way Fox News and others are reportedly doing in the United States and elsewhere: objective access to reality is distorted through ideological talking points.

As many in the region become disillusioned with democracy as it is corrupted by venal elites and incompetence, China’s model of autocratic-developmentalism is increasingly attractive both to elites and weary publics.

While many grew up with Hong Kong Cantonese pop culture content, the decline of Hong Kong and its Mainlandization has created a new landscape of Mandarin language pop culture and video information. TikTok and other short form media are part of this process, with innocuous videos of fashion, animals, and pranks becoming more widespread. Buried within this content are Chinese made reports on Xinjiang, Hong Kong, Taiwan, and China’s role in the world, told from China’s point of view.[

This is not just influencing Mandarin speakers. I was quite shocked reading student essays last month when one paper for a Cultural Politics module claimed that the situation in Xinjiang with the Uyghur and other minorities was a Western media hoax designed to discredit China. Taking talking points directly from pro-China denialists, the student argued that reports about Xinjiang are an example of Western cultural imperialism. What was most surprising was that the essay was written by a Malay Muslim student, a constituent we’d assume would be sympathetic to the plight of Uyghur people. Instead she had taken the side of China in the larger China-America conflict of ideas.

Content is backed by investment in the distribution infrastructure across the region as Chinese media companies such as iqiyi and WeTV rival American giants such as Netflix, Disney+, and HBO. Tencent’s purchase of Malaysian start-up iflix in 2020 marked a major regional acquisition. This follows the acquisition of the South China Morning Post by Jack Ma’s Alibaba in 2016, and investment in cinemas across the region, deepening China’s platforms of engagement and soft power projection. While China may be acting pragmatically in trying to make the region “safe for autocracy”, by altering the media narratives the talking points and rationale of its autocratic governance are becoming normalized.[ii]

While mask and vaccine diplomacy reveal the ongoing battle for influence in the Southeast Asian region, we should be attentive to the other ways in which the information landscape is changing in its audience, structure, and content. It reveals a new terrain of informational contest in which China is not only asserting itself much more but increasingly altering the narrative.

9/11 and the decline of America

Afghanistan and the forever war myth 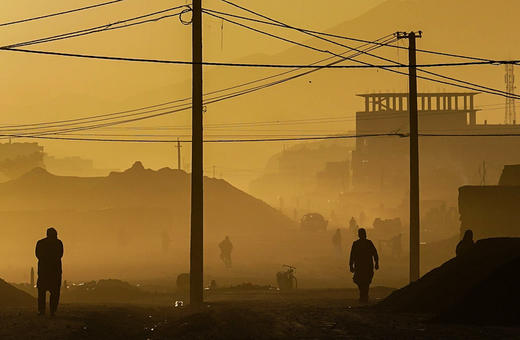 The real reason for leaving Afghanistan

The economy of the future