The three faces of racism

| Professor of philosophy at the University of Akron
1,919 words
Read time: approx. 10 mins

Why are black people stopped by police more than white people? Is it simply the actions of an explicitly  racist contingent? Or is there something more nuanced at play? Cognitive dissonance is at the heart of this insidious prejudice, write Berit Brogaard and Dimitria Gatzia.

Imagine that Max claims to be a committed environmentalist but continues to consume animal products. Since animal agriculture is one of the main causes of climate change, you may be inclined to think of him as a hypocrite. A hypocrite, after all, is someone who professes to hold beliefs one does not hold.

But not all inconsistencies between beliefs and actions are instances of hypocrisy. In an ideal world, our actions would always reflect our attitudes. Our world is far from ideal. Research shows that while some of our actions are intentional, others involve unconscious, automatic responses. Our unconscious mind can often exert influence on our actions, for instance, when we act on the basis of our implicit biases. A recent study found a broad pattern of discrimination in law enforcement against black drivers: police officers throughout the United States pulled over black drivers at significantly higher rates than white drivers, even after controlling for the drivers’ age and gender.

When we suffer from cognitive dissonance, we tend to automatically do whatever is easiest for us to alleviate the discomfort.

What explains these patterns of discrimination in law enforcement? Is it blatant racism or is the answer more nuanced? Racism is definitely involved but things are more complicated than that. One complication involves cognitive dissonance, a term coined by psychologist Leo Festinger in 1957.

Festinger used the term “cognitive dissonance” to refer to cases involving a cognitive inconsistency between an attitude (such as a belief or a desire) and an action, giving rise to psychological discomfort; frustration, guilt, shame, or self-hatred. Festinger’s hypothesis was that this psychological discomfort triggers unconscious dissonance-reducing strategies. The person attempts to resolve the inconsistency by changing either her actions or her attitudes, whichever is easier.

Adjoa Andoh, Kehinde Andrews and Will Self explore the racism that continues to permeate liberal society

When we suffer from cognitive dissonance, we tend to automatically do whatever is easiest for us to alleviate the discomfort. Something similar happens to police officers who pull black drivers over at significantly higher rates than white drivers, as well as in many other instances of racial discrimination.

Habitual racists tend to be delusional about themselves and their values.

Inadvertent bigotry can be traced solely to implicit racial biases. Inadvertent bigots tend to sincerely deny that they committed a racially motivated action because their actions are unconsciously motivated. In 1999, psychologist John Bargh coined the phrase “cognitive monster” to refer to cases where stereotypes are so entrenched that they become activated automatically, thereby making it difficult to consciously control their influence on our actions.

Suppose a police officer pulls over more black than white drivers. If she is an inadvertent bigot, then her actions are not consciously motivated. If someone were to ask whether her actions are motivated by racial bias, she would sincerely deny it.

Inadvertent bigots are neither implicitly nor explicitly racially motivated. As a result, they are not accountable for their racist acts. Nevertheless, the inconsistency between their racist actions and their explicit, sincere rejection of racist biases leads them to experience cognitive dissonance. This, in turn, causes them to unconsciously employ dissonance-reducing strategies. For example, this police officer might unconsciously stop pulling over more black than white drivers or she will come to implicitly accept that black people are more likely to be criminals, depending on which is easier for her to do.

However, the police officer might be a habitual racist rather than an inadvertent bigot. The actions of habitual racists can be likened to the irreflective actions performed by skilled actors.

The performance of professional golf players is negatively affected when they are asked to consciously reflect on their swing. But the lack of reflection is not an indicator that their swing is unintentional. The professional golfer intends to find exactly the right position and to hit the ball despite the face that she is not thinking about each of the different actions this entails. She has already acquired the skills to swing the club without thinking about the process. We can also say that she is acting ‘irreflectively’.

Habitual racists resemble the professional golfer. They are acting in a skilled and irreflective manner when judging people they discriminate against. The fact that they are acting irreflectively when pulling over more black than white drivers does not mean that they lack agency. Unlike inadvertent bigots, habitual racists do intend to perform the racist act but their intention is unconscious.

Habitual racists tend to be delusional about themselves and their values. They do not think of themselves as racist, nor do they value racist actions. They explicitly disapprove of discriminating against black drivers. Yet they habitually pull over more black than white drivers.

During a 2015 speech on the senate floor, Tim Scott, the South Carolina Republican Senator, shared his own experience of being pulled over by police officers seven times in a single year. Senator Scott attributed these incidents to a “trust gap” between law enforcement and the black community:

There is a deep divide between the black community and law enforcement ― a trust gap. We cannot ignore these issues. Because while so many officers do good ― and we should be very thankful in support of all those officers that do good ― some simply do not. I’ve experienced it myself.

The stereotype of black men as criminals is all too common in the United States, a country with a long history of criminalization of black communities. This normalizes racial discrimination and enables biases and stereotypes to become entrenched. This inevitably results in some people becoming habitual racists.

If our police officer were a habitual racist and she were confronted with her record of pulling over black drivers, she would be inclined to lie to herself about the influence stereotypes of blacks as criminals have on her actions. Her racist practices conflict with her values of justice and equality. In order to avoid the distress that such conflict elicits, the police officer convinces herself that she acts on the basis of legitimate reasons.

Like habitual racists, explicit racists intend to commit racist acts. But, unlike habitual racists, the values of explicit racists are consistent with their actions. They do indeed view black people as inferior and as being inherently prone to criminal behavior. As a result, there is no conflict between their racist practices and their racist intentions, belief, or values.

There is, however, a conflict between their racist practices and the egalitarian norms in our society. While it may be easy for explicit racists to keep their overt racist beliefs to themselves, the conflict between their racial practices and society’s egalitarian norms is a source of discomfort to them, which they are able to reduce only by attributing a “logical” motive to actions.

If the police officer were an explicit racist, she would rationalize her record of pulling over black drivers by an alleged need to apprehend “dangerous black criminals.” Unlike habitual racists, explicit racists remain steadfast to their white supremacist ideology. This ideology hides the fact that the motive behind their racist acts is often a combination of the thrill of feeling powerful and the satisfaction from meting out deserved punishment (as they see it). 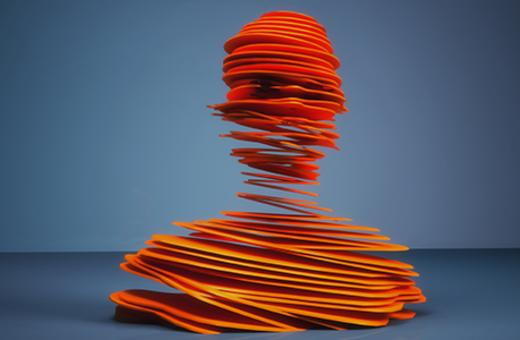 Your feedback helps me a lot, A very meaningful event, I hope everything will go well <a href="https://8balls.io">8 ball</a>