There Is No Universal Objective Morality – An Interview With Homi Bhabha

What is the good in a multicultural global world?

Can we speak of universals in a multicultural world? Is it all relative? Who is right, and how do we determine that? How do we collaborate when cultures differ on what they consider to be the moral thing to do? We asked Homi Bhabha, world-renowned thinker on post-colonialism, Professor of English and American Literature and Language, and the Director of the Mahindra Humanities Center at Harvard University, about how he sees morality in a global world.

What is your view regarding the idea that there might be a subjective or objective morality?

I think it’s very difficult to make the case for an objective morality if you’re using the word ‘objective’ in a strong sense, either to mean a universal morality or a foundational morality that all people everywhere understand and accept in a globalising world.

Ironically, I think the issue arises because individuals and institutions are aware of the existence of conflicting, even incommensurable, moral values and normative orders – subjective and objective, private and public –  but, for a range of strategic or exigent reasons, they want to normalize them, render them congruent or consensual.

By talking about “individuals and institutions”, I suppose I am already blurring the line between public and private, “subjective” and “objective”. Many of the pressing political movements of our times – Black Lives Matter, MeToo – display the problematic moral balance between personal morality and public, professional ethics. When there is a vast imbalance in gender power, when a person is in a position to alter the circumstances of another, sexual “consent” is a very problematic issue. You do not have to be a crass predator to be aware, even in the “heat” of the moment, that you are taking undue advantage of a colleague or a client or a friend, and putting them in an “impossible” situation. Institutional power is being deployed, however subtly or significantly, to achieve a coerced compliance or an exploitative outcome.

We should really think through these issues from the perspective of what it means when we say that people are put in “impossible” positions that continually tip the balance between subjective choice and objective decisions.

Of course there is a difference in scale between “state secrets” that may need to be kept, or “covered up” for matters of state security, and “personal secrets” that may not be divulged by a partner in a relationship in order to ensure the security of the relationship. In both cases there is a lack of transparency that affects one’s “agency’  and one’s right to know, to judge and to act. “Lies” perpetrated by the state are often beyond our control; but a lie performed within a relationship disempowers the person lied to, it doesn’t allow them to exercise their judgment and act in their best interest. In both cases however, cover-up is not merely the violation of an objective “truth” or an undeniable “fact”, although that may be the case; a cover-up, private or public, puts an unfair constraint on one’s agency, on one’s right to act in keeping within your ethical frame of reference.

I read in an interview of yours about a case where a Hindu community refused to convert to Christianity because the Christian priests were not vegetarian. Is this an example of a cultural clash on what is moral?

No, I think this is more a “cultural clash” (your term) on a political issue. When North Indian peasants resisted the pressure to convert by saying, ‘we will not convert to Christianity because we are vegetarians and the word of God cannot be uttered by non-vegetarians, and you, Christians, eat meat',  the peasants were using a religious edict to avoid a political fate. To have converted would have made them outcasts, at odds with the cultural community and the material conditions of their everyday lives. Their strategy is a strategic translation of a religious belief in terms of a political argument – it is a way of refusing conversion without causing a political offence to an indomitable imperial power. They are saying something like, 'we are not being uncompliant; you are putting us in an impossible situation': a very skillful way of asserting your subaltern agency in the context of overwhelming hegemonic power.

Michelle Moody Adams argues that we overemphasise the differences in morality (probably private rather than public morality) around the world. Do you share this view?

I don’t necessarily share that view but I do have some sympathy for the problem it’s trying to face. Of course she’s right that in many cultures, and most societies, there are moral imperatives that appear to be shared across the board, and across borders. Quite apart from our personal beliefs, we need that kind of assumption to establish a shared system of global governance that is legal and political, and if we want to establish a global moral order in terms of human rights and human wrongs. This is worthy and necessary.

However, morality is not simply about differences in cultural beliefs and norms; moral differences are not established once and for all; they are the effects, and the productions, of discursive interpretations at the inter-personal or inter-subjective in the back-and-forth of dialogic deliberation and decision-making. So moral beliefs or customs that might “look” or “read” as being very similar, may have remarkably different moral and cultural significations of value – social value and self-value – when they are mobilised in the interests of particular “cases”, contexts and subjects.  Moral differences are not written in stone even within any one culture or community, although Law, Church, Education, and Government attempt to create a formal and homogeneous equivalence.

Telling a lie in Bangalore may have very different implications and reverberations from telling a lie in Boston. In both cases, there is deceit, betrayal, and the decision to delude. Different historical conditions and institutions of interpretation that frame the casuistry of circumstance all come together and give you a more messy picture than one might expect from a formal political, legal or philosophical standpoint.

What does that imply for human rights conventions?

Those who assert the absolute nature of morality are not aware of how much power – political and personal power – gets mixed into the moral idea. The same person who would kneel in church and pray for God’s notion of universal love and brotherhood would go and lynch a person of colour, or would do violence to an untouchable in India. So, morality has to be understood in terms of power and authority in addition to circumstances, cases, forms of interpretation.

Moralities  are enlightened recommendations about how to live your life in a way that is fair and responsible towards others. But at the same time, the question of morality gets so mixed in with political power, with issues of affect, making people anxious, nervous about their conditions, making people feel like they live in a world of insecurity and threat. You know, it’s a much more complex package than can be understood in terms of universal moralities on the one hand, or objective and subjective moralities on the other.

For a number of important legal and political reasons, we want to go with the UDHR and absolutely support the view that all people are born equal, that all people have a foundational dignity, and therefore deserve the protections and provisions of human rights. Having said that, we know from long and bitter experience that only too often states find ways of violating the human rights of their own peoples and the rights of other peoples and countries. They do so with a kind of international impunity, and if I may say so, a collusive insouciance.

There always seem to be forms of legal architecture – however well-intentioned – that make the perfect the enemy of the good, and that is putting it generously. On the negative side, executive orders and states of exception are the enemies of the good. Look at the way in which the basic human rights of Mexicans on the Texan border are being violated on a daily basis. Let me simply refer to a recent comment from the NYT that puts the issue poignantly and pointedly:

“In fact the migrants are mostly victims of the broken immigration system. They are not by and large killers, rapists or gang members. Most do not carry drugs. They have learned how to make asylum claims, just as the law allows them to do.”

Migrants and minorities, the world over, are being denied the very rights that were put in place to ensure that the world would never again have to face the political catastrophe and the moral void of World War Two, and yet every time we say Never Again…..there is an Again and Again and Again….

So if we talk about communities that oppress, let’s say, sexual minorities, then are we not speaking about moral questions, but of power instead?

No. It’s a question of understanding the role that power plays, or that other ideologies play, in sexual morality. Certain religions have their own moral edicts; they would say that people who have certain sexual or gender identities are violating the law of God.

So I think that the question of morality cannot be seen as being objective, subjective, or universal. But when you look at particular practices, involving moral judgment, then you begin to see what the political interests and the ethical dilemmas are.

It’s a question of balancing out the different moral pressures. They can be based on different value systems, different religious systems, or different political systems. After all, something like abortion in Catholic countries becomes a question in which the Church exercises its power, and its secular power too. Because those who are supported by the Church, or those that the Church votes for, will take an anti-abortion position because they also have a political interest in this.

But then isn’t this immoral politics masking itself as being moral? Are we not giving those who use moral discourses to justify their own interests or prejudices too much credit by saying that morality mixes with politics?

That’s a curious conclusion!  On the contrary, I would say, that to be aware of the alchemy of morality, the way it is obviously or imperceptibly “mixed in” with a whole range of political interests, social customs and cultural judgments, is the very opposite of justifying prejudice. To take a perspectival and an aspectival view of any moral position (or judgment) is to understand why it wields power and why it is persuasive. If you think it’s a positive and progressive value system you enhance it; if by understanding its persuasive power you see it as being abusive or unfair, you oppose it. Whichever way you go, there is no option but to immerse yourself in the complex and problematic melange of moral debate. 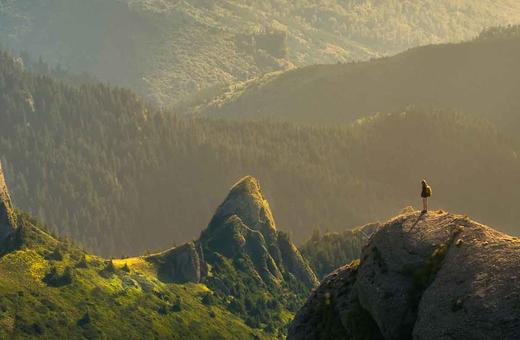 Of course there is objective morality. All people have the same response to being falsely accused. All children are innocent until corrupted by ideology. There is no reason we should not treat all innocent children as our own.