This is the only possible world

There’s no alternative reality in which you’re not reading this.

| Professor of philosophy and holds the chair of moral philosophy at Trinity College Dublin. He is the author of Possible Worlds.
2,151 words
Read time: approx. 11 mins

In trying to make sense of the way we talk about possibility, David Lewis argued that everything that could possibly exist does exist, in some possible world. But our best scientific theories suggest that there are no real facts about what’s possible, and therefore possible worlds aren’t real, argues John Divers.

Lewis’s conception of what there is may be extraordinary, or even shocking, but it is not arbitrary. For there is a governing theoretical principle here: it is that everything that could possibly exist does exist. Nor is Lewis’s conception irrational. For there is an extended argument in support of it – in sum: genuine modal realism (as he calls his view) makes much better sense of a great deal of what we hold true than does the alternative (common-sense, conservative) conception that correlates existence with what is actual rather than with what is possible. The reader will note that for Lewis’s view to be consistent he must have been thinking that what actually exists is only a part of what exists overall. That is, indeed, what he thought.

Lewis’s conception of what there is may be extraordinary, or even shocking, but it is not arbitrary.

Lewis thinks that when we say that something actually exists, we are saying that it exists in our world (our universe). And, according to Lewis, that is a restricting thought: it is a thought about what exists locally – like saying that something exists in our country, or on our planet. At one time we may have thought that ours was the only planet. Accordingly, we would have been insensitive to the distinction between all that exists on our planet and all that exists, overall. Similarly, Lewis argues, we are inclined to be insensitive to the distinction between all that exists in our world and all that exists, overall. But when we observe that distinction it allows us to explain the real facts about possibility. Those facts are found with the existence of things in a reality that is bigger than the local part of that reality we call “actual” (our universe): the fact about what is possible are facts about the broader reality that includes all the other (non-actual) worlds as well as our (actual) world. As Graham Priest puts it, just as we often, these days, use the suffix “ism” to impute prejudice or discrimination (as in “racism”, “sexism”) so Lewis (and others) think of common-sense, conservative “actualism” - the belief that only things in our-world count as real - as metaphysically prejudiced or discriminatory. It is a philosophically unwarranted exclusion of much of what exists.

Some philosophers have been convinced by Lewis, but most have not. And for those of us – for I am one – who have not been convinced, the challenge is to show where Lewis’s argument against actualism goes wrong. I think that the argument goes wrong because it is only science that tells us what is real, and science does not tell us that there are real facts about possibility. To explain myself, I have to explain how (I think) science tells us what is real.

It is only science that tells us what is real, and science does not tell us that there are real facts about possibility.

Metaphysics is the branch of philosophy that seeks to answer questions about the extent and nature of reality. And ontology is the branch of metaphysics that seeks to answer the more specific question, what exists? Now everyone agrees that science does at least some of the work of ontology. Science tells us that Higgs bosons exist, that regressive genes exist, that sociopaths exist, that pterodactyls existed and that new species will come to exist. So, let us agree, science tells us that physical objects (such as Higgs bosons etc.) exist. The question then is whether science is telling us that everything that exists is a physical object: that the only things that exist are physical objects. This latter ontological thesis is called physicalism. And I think that science is telling us that physicalism is false: science is telling us that some things other than physical objects exist. To see why, let us look at some science

The gravitational constant appears in the Einstein field equations of general relativity where Gμν is the Einstein tensor, Λ is the cosmological constant, gμν is the metric tensor, Tμν is the stress-energy tensor, and κ is a constant originally introduced by Einstein that is directly related to the Newtonian constant of gravitation: ≈ 1.866×10−26 m⋅kg−1.

Now here is the crucial point in my argument. I accept the following conditional propositions. IF any such basic scientific theories were modal theories – if they involved talk of possibility – then we should take them to be telling us that reality is modal. And IF reality is modal, we should accept Lewis ‘s account of that modal reality: it consists in the existence of all the (“merely possible”) things that Lewis believes in. But I do not step onto the slippery slope, for – I say – the bits of science that tell us what is real are NOT modal: they do not involve the language of possibility.

The direct response begins with observations about the proliferation of modal talk in the broad discourse of science. The following might all be stated in the science lecture, the scientific periodical or the laboratory. Iron molecules can bond with Oxygen molecules but not with Aluminium molecules. Nothing can be accelerated to a velocity that exceeds that of light. There could have been species other than those that there actually are. Accordingly, the response goes, science is giving us modal facts and, so metaphysics owes us an account of them. In reply, I distinguish between parts of scientific discourse that tell us about reality and parts that don’t. We are just as likely to hear the following claims made in parts of scientific discourse. Fleming’s discovery of Penicillin was a stroke of luck. The different parts of the neural network constantly discover new ways to speak to each other. Even though we (rightly) accept these as scientific truths, nobody thinks that science is telling us that luck is real or that neurons make discoveries or speak. So my metaphysics requires me to do two things. One thing is to come up with something like a criterion for separating the bits of scientific discourse that are metaphysically significant from those that are not. In that regard, I dignify the versions of scientific theories that we work with when attempting to gather detailed and accurate knowledge through calculation. Those involve a language which is even more austere than the mathematical English we took from Wikipedia.  And it is there, I say, we appeal to facts about physical objects, to mathematical facts but not to any modal facts. At the business-end of science, the modal talk is dispensable. The other thing I have to do is to explain how the modal talk in broader scientific discourse can still make for true and good science, even though (on my view) there are no real facts about possibility. That explanation, in summary, has it that “old” ways of speaking are often instrumental in pointing us towards the real facts without themselves being statements of real facts.

How to do metaphysics

The second response to my argument against Lewis’s belief in the real existence of possible things is indirect: it attempts to engage with my claims about how to do metaphysics. Just as I accepted some of Lewis’s conditional claims, he might have accepted one of mine. IF the only truths that tell us about reality are scientific truths of THAT kind, then – indeed – we should not reckon that there are real facts about possibility. But, the Lewisian thought continues, since we should not accept that such truths are the only truths that tell us about reality, we need not accept that there are no real facts about possibility: we should go with the intuitive thought that there are. Here, we ascend from a dispute within metaphysics to a dispute ABOUT metaphysics: from metaphysics to meta-metaphysics. With Lewis, I am not sure about how meta-metaphysical disputes should be resolved, or whether they can be. But I can be clear about where, I think, the crux of my disagreement with Lewis is to be found: it is at the very heart of theoretical philosophy – where metaphysics overlaps with epistemology (the theory of knowledge). The success, in the last five centuries, of the natural sciences is an intellectual watershed. For philosophers such as myself the consequence of this is that the natural sciences now give us our paradigm of what it is to know something – even better, our paradigm of what it is to know anything. Within this paradigm, when we are given what science counts as good reason to think things true, that is what it is to have knowledge. Moreover, we know things by turning science on itself: it is by using the approved methods and techniques of the natural sciences to think about the natural sciences that we can know of the existence of numbers. Such reflexive application of science is knowledge-generating, and it may well deserve to be called philosophical analysis. Certainly, the practising scientist (qua scientist) typically does not care whether numbers really exist or not: so it is perhaps misleading to call the ontological question of the existence of numbers a scientific question rather than a philosophical one. But, in my view, it is in this reflexive application of science that we find the very limit of what we can reasonably say that philosophy contributes to our knowledge of reality. What persists in Lewis is the idea that there is something called philosophical analysis that goes beyond this reflexive application of science, and which can play an indispensable role in delivering knowledge of reality. And I think Lewis was wrong about that.

The application of science, either to the world or to science itself cannot yield knowledge of the existence of things that stand in no spatiotemporal relation to us: things such as Lewis’s other-worldly unicorns and Newtonian universes. On that, Lewis and I are agreed. The conclusion that Lewis draws from this limitation is that we have non-scientific knowledge of how reality is and thus we know of the existence of non-actual things. The conclusion that I draw from this limitation is that none of our musings about non-actual things, however clever, count as knowledge. 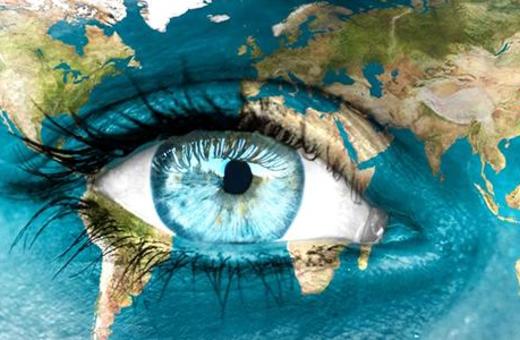 Science misunderstands the world, therefore it cannot rationally explain any phenomenon of Life. "Harmonious worldview" objectively explains the entire completeness of the world, including the spiritual.