Is Trump the end of post-modernism?

A student in my seminar this week asked his classmates to decide whether Gandhi or Donald Trump more closely embodied Nietzsche’s celebrated superman. Unsurprisingly, they plumped for Trump, as the one who made his own values, compelling others to interpret the world in his terms. He is certainly untainted by asceticism or Christian meekness. It is one of the ironies of the present time that the liberal intelligentsia, which has so embraced Nietzsche’s idea that there is no objective truth or reason, is now faced with their dark doppelgänger in Trump and his alternative facts. Arguments about bias, which had formerly been used as critiques of patriarchal or colonial ideas of truth, are now employed by a cheerful misogynist who would like to rid the United States of undesirable immigrants.

How are we to respond? Does the Trump phenomenon reveal a need to return to utopian Enlightenment ideals? Ideals with rationality as the common currency of a universal Oxbridge high table in the sky? Another of the wry paradoxes of our time is that, while physicists in a quantum age have quite an agnostic, provisional and even mystical approach to the nature of reality, biologists are as breezily positivist in their belief in raw facts as they were in the nineteenth century. I recall a distinguished scientist back at the HowTheLightGetsIn Festival in the summer being reluctant to call ideas real at all, since they are non-material.

We can, I believe, chart a middle way between rationalism and pure perspectivism, by returning to the origin of the word, reason (in the Latin ratio, which can mean both understanding, but also measurement or calculation). Instead of reason being a series of ‘facts’ with which one passively concurs, reasoning becomes an activity. For even in scientific experiment, reasoning involves creative acts of imagination and interpretation. In the seventeenth century, the divine Jeremy Taylor described reason in his Ductor Dubitantium as ‘a boxe of Quicksilver … like a dove’s neck, or a changeable Taffata’. As our perspective changes, shot silk may seem a different colour in different lights. And to make sense of our experience of it, we have to take account of its subtlety and alteration of hue. Yet there is, indeed, a piece of material and its colours are not arbitrary or anything we might care to invent. Truth is found in the activity of understanding, as we seek to be faithful to the apprehension of the object. This is an ethical act. One that Simone Weil and Iris Murdoch call ‘attention’, in which one moves out of the self towards the mystery of otherness in the object in love. Each act of reasoning in this model is also aesthetic, in that the act of cognition moves to find a pattern and reveal a form: something of which we can make rational sense.

Part of the dethroning of reason has come about because the idea has been confined to abstract logical problems and not seen as part of everyday life – as important in mending a puncture or baking a cake as in solving syllogisms. Our government and educational system may talk endlessly about skills but it has no sense of them beyond the purely instrumental. A true skill is an activity in which the person participates in ratio, understanding the materials involved, and attuning to their particularity, whether it be numbers or hair-washing. A true skill will connect one with the truth of the world, involving the ethical and the aesthetic. One can get enormous pleasure from the beauty of working out the sum that allows you to order enough bathroom tiles.

Such an approach to reason does not separate truth from goodness and beauty, but allows truth to be compelling. Will and desire are not divorced from reason in the way the Enlightenment from Locke onwards sought to do. We have arrived now at a world accessible through social media and the internet, in which people can live in echo chambers of their own presuppositions and prejudices. They baptise them as ‘fact’, denying the element of desire and will in their choices of news feeds. Even when the objective media aim to be neutral and even-handed, as in the recent BBC coverage of the EU Referendum, they end up being unfair. They equate different levels of ‘facts’ produced by opposing sides, rather than involve themselves in the difficult but essential activity of ratio, testing each assertion on its own merits. When the Guardian newspaper puts as unflattering a photograph as they can find of Prince Charles next to a news item on poverty to serve their agenda, do they not act in continuum with the Trump misinformation campaign?

There are no facts without interpretation: truth is like taffeta. We do not need to give up reason, but we need to be aware of its quicksilver character. And of the quest for truth as an active endeavour, involving the whole self: body, spirit and mind together, fuelled by our desire to know. We cannot do without reason or we would have no justice. But in the end truth engages people because of its beauty and its compelling attraction. Donald Trump did not win in America primarily because he misused facts and suborned reason, but because he offered hope to poor Americans. To defeat him will involve a more compelling and adequate vision of the Good, which ratio in practice will find both substantively real and ethically beautiful.

Read more from this issue of IAI news here: The Limits of Reason.

Reason, the Enlightenment, and Post-Truth Politics 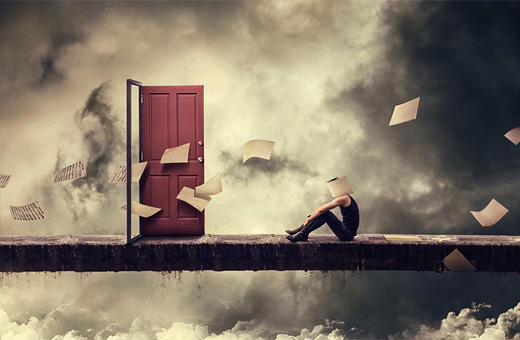 In Defence of Post-Truth

I am struck by Milbank's account of reason. It is not often that we encounter an account of reason that is inseparable of "will and desire". It seems obvious, however, that reason should not be separated from those human qualities. Reason is like a tool in that without the desires of the humans who wield it, it ceases to exist as the thing it is named.

As much as I would like it to be so, I don't think the solution to today's anxieties are as simple as the acknowledgement of the more human qualities of reason, as Milbank's post suggests. Was not the inclusion of will and desire the dominating perspective of pre-Enlightenment? And was it not that perspective's tyranny and repudiation of tolerance that made the jump to the Enlightenment a celebrated feat for reason? I agree that our contemporary development of reason has strayed from its human genesis and, in doing so, has become more akin to deceit. But a simple acknowledgement of the "ethical" in our act of reasoning, puts us dangerously close to repeating the atrocities of our past "ethical" wars.

Perhaps the reason will and desire have become divorced from reason is that our desires are so magnificent that our reason, as intricate as it is, has fallen short of our most cherished wishes. Our tools have only afforded us cheap imitations of the true desires we have hidden deep within ourselves. We should recognize, however, that, like tools, new possibilities can be crafted from realized achievements. And that one day, the world we desire to inhabit might be within reach of the reason we have fashioned. In championing for such a future, let us head Milbank's warning and commit to honesty and acknowledge our desires for realities beyond the conceivably possible.

Nice piece re. trying to make some sense of our current political situation. And it does seem true that it's important to evaluate the somewhat mercurial nature of reason beyond the demagogues who either tout it's mathematical precision or argue that they've transcended it. This seems nowhere more important than in attempts to transmit understanding of a more useful notion of reason to that fraction of the American poor who's hopes were so cynically manipulated.