Professor of Psychology at the University of Texas, and author of The Genetic Lottery: Why DNA Matters for Social Equality (2021, Princeton).

“DNA matters for social equality” is the central message of Kathryn Paige Harden’s new book ‘The Genetic Lottery’. In this adapted extract, she argues that we must escape the trap of assuming that acknowledging biological difference leads inevitably to the justification and compounding of social hierarchy.

My older child struggled to talk. When he was two, he had only a few words, and the pediatrician offered us reassurances—he was fine, just be patient, boys can be late talkers. Six years later, he’s been in hours and hours of speech therapy every week. Therapists have reached into his mouth to hold down the front of his tongue so he can say “cookie” and “go.” He practices holding his jaw and rounding his lips and saying the correct number of syllables before he draws another breath.

During his speech therapy appointments, I sit in the waiting room and read with my younger child, who was a precocious talker. Her speech development felt miraculous in comparison with her older brother’s. What had to be relentlessly practiced with one child emerged with seeming effortlessness in another.

Why can one of my children talk with ease, while the other one labors to be understood? No one can give me a definitive answer. But I can look to twin studies and see that speech problems are over 90 percent heritable. Most of the differences between children in their ability to articulate words are due to genetic differences between them. The genetic influences on speech problems also appear to influence motor skills more generally, a scientific finding that comports with my personal experience. I watched my late talker struggle to learn to crawl, to walk, to ride a scooter.

Of course, the high heritability of speech impairment does not obviate the importance of the environment. The only available interventions for speech problems are environmental ones; no one is CRISPR-ing the genome of the late-talking three-year-old. And we can, unfortunately, find numerous examples of abused, neglected, or abandoned children who were deprived of verbal interactions in their early lives, with devastating results. But against the backdrop of the normal linguistic environment provided in my home, it is likely that my children differ in their verbal development because they differ in which genes they happened to inherit from me and their father.

Discussing the heritability of speech impairment is not, in my personal experience, controversial. Most speech therapists will inquire about one’s family history of speech problems. Most parents of more than one child can observe how differently their children’s speech and language development unfolds. Looking at how my children differ in their ability to articulate words, I can easily see the capricious hand of nature. When it comes to inheriting whatever combination of genetic variants allows one to pronounce a word like “squirrel” by the age of three, my daughter was lucky. My son was not.

Given that the combination of genetic and environmental factors that resulted in her typically developing speech and language abilities were entirely out of her control, it would be very strange to say that my daughter did anything to earn her verbal precocity. Her speaking in complex sentences at any early age doesn’t make her good. If anything, the praiseworthiness belongs to my son, who brings the same deliberate, effortful attention to breath support and intonation to his daily conversations as an opera singer brings to a performance at the Met.

In the late afternoon, on our way home from speech therapy, we stop at a stoplight near a freeway underpass in south Austin. The underpass hosts a growing homeless encampment—sleeping bags, tents, wheelchairs, shopping carts piled high with tattered belongings. In the winter, the population swells. In the summer, the few remaining camp inhabitants swelter as temperatures exceed 100 degrees. I keep bottles of water in the car for the men (and it’s almost always men) who are holding cardboard signs at the intersection. I pass water through my car window to men with sunbaked hands, and my children ask questions.

“Will ghosts get them at night?”

“Why don’t they have houses?”

One of the awesome responsibilities of parenthood is that I can tell them whatever I want. I could say that those men made bad choices. I could quote the Bible verse from Thessalonians that was quoted to me as a child: “The one who is unwilling to work shall not eat.” But no matter how many times we have this conversation, I always end up saying a version of the same thing: That we are lucky. That Mama is lucky to have a job that pays her money, and that’s how we buy clothes and food and toys and our house. That some people were unlucky in their life.

That being unlucky shouldn’t mean that you sleep under a bridge, but we adults don’t always share enough of our money so that everyone has a house.

(My daughter asks another question: “Why do people have selfish in their heart?”)

The bioethics scholar Erik Parens summarized what I believe are the two core concerns that stoke controversy, even outrage, about connecting genetic differences between people to social inequalities like poverty and homelessness:

“By investigating the causes of human differences, people worry, behavioral genetics will undermine our concept of moral equality. . . . Unfortunately,​ there is an old and perhaps permanent danger that inquiries into the genetic differences among us will be appropriated to justify inequalities in the distribution of social power” (emphases mine).

Parens’s summary of why people worry about (some) behavioral genetic findings bears striking similarities to Elizabeth Anderson’s definition of inegalitarianism. She writes:

“Inegalitarianism asserted the justice or necessity of basing social order on a hierarchy of human beings, ranked according to intrinsic worth. Inequality referred not so much to distributions of goods as to relations between superior and inferior persons. . . . Such​ unequal social relations generate, and were thought to justify, inequalities in the distribution of freedoms, resources, and welfare. This is the core of inegalitarian ideologies of racism, sexism, nationalism, caste, class, and eugenics” (emphases added).

Here, again, we see the same two core concerns. First, to link biological difference to social inequalities is to allege that some people are superior to inferior others a hierarchical view of human worth that starkly contrasts with the egalitarian idea of human moral equality. And, second, such a hierarchical view of humanity will justify inequalities. Rather than poverty and oppression being problems to be solved, these inequalities will be seen as right and natural consequences of human biological superiority.

These two concerns might seem inescapable. When I say that people differ genetically, and that these genetic differences have consequences for their education and social class, for their income and employment and chances of ending up homeless, it might feel impossible for that statement to be interpreted in any way other than as an assertion about a hierarchy of human worth and the inevitability - rightness, even of poverty.

As the poet and activist Audre Lorde explained, “Much of Western Euro­pean­ history conditions us to see human differences in simplistic opposition to each other:  dominant/subordinate, good/bad, up/down, superior/inferior.” As a result, she argues, “too often, we pour the energy needed for recognizing and exploring difference into pretending those differences are insurmountable barriers, or that they do not exist at all.” The eugenicist ideology is to claim that genetic differences are insurmountable barriers to equality; too often, the response to eugenicist ideology is to pretend that genetic differences do not exist at all.

And those differences don’t justify my entrenching inequalities by investing different levels of resources in each of their lives. If anything, the opposite is true. In light of the differences between them, treating my children exactly the same in the interest of “fairness” would feel absurd. Instead, I invest hours and hours more per week in the speech and language development of the child who struggles, because that additional training and investment is what he needs.

In the context of a specific (dis)ability like childhood speech production, and in the context of a within-family sibling comparison, how we make sense of genetic differences between people slips free from the noose of inegalitarianism. We can, perhaps, talk about genetic differences between people without slotting them into a hierarchy of human worth. We can, perhaps, acknowledge that people are not born with an equal statistical likelihood of experiencing certain life outcomes, without justifying the differences in life outcomes among them as inevitable and natural.

Why is this difficult to do (and it is difficult) when we are considering genetic differences in relation to social inequalities? In contrast to speech impairments in childhood, a concept like “intelligence” is more easily seen as inherently hierarchical. When we are talking about DNA, the word “worth” has a subtly dangerous double meaning: someone’s net worth, in terms of the market value of their financial assets, can be too easily conflated with their intrinsic worth as humans. When net worth is associated with genetic differences, it is tempting to slip into thinking that intrinsic worth is also tied to one’s DNA. In this chapter, I want to consider the historical reasons behind why genetic research on some human outcomes - scores on intelligence tests foremost among them - automatically activate notions about human inferiority and superiority. I then want to consider alternative examples of human phenotypes - such as height, deafness, and autism - where genetic research has been largely embraced rather than rejected as dangerous. Can we look to these examples to broaden our intuitions about whether genetic research on social inequality is necessarily dangerous?

In the same vein, we can recognize that genetics are important for understanding who develops the cognitive abilities and non-cognitive skills that are valued in the formal education systems of high-income countries. People need not stake their claims to equity and inclusion on genetic sameness, or on the irrelevance of genetic difference for human psychology. Rather, the problem to be fixed is society’s recalcitrant unwillingness to arrange itself in ways that allow everyone, regardless of which genetic variants they inherit, to participate fully in the social and economic life of this country.

The question becomes, then: How can public spaces and working conditions and access to medical care and legal­ codes and social norms be reimagined,  such that the “arbitrariness of nature” is not crystallized into an inflexible caste system? 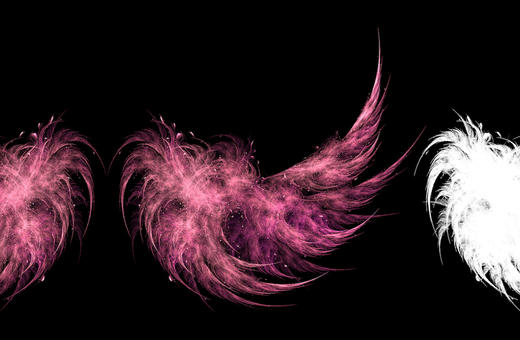