What Do We Know? A Quantum Perspective

Nowhere does science meet philosophy more profoundly than in quantum physics. Intellectual excitement, and sometimes also frustration, is tangible in the thriving debates about what our best physics is telling us about the world. Much publicised conceptions of the 'many worlds' and 'pilot waves' of quantum physics represent radically different ways of making sense of the theoretical framework that revolutionised 20th century science, and there is no shortage of alternative ideas. It is undeniable that central notions of quantum theory — superposition, entanglement, spin, and the like — capture strange features of the physical world. But which features exactly? Many old controversies surrounding this question are still fiercely debated, fuelled by often unacknowledged presuppositions that are as much philosophical as they are scientific. The unabating uncertainty about what exactly quantum physics is telling us about the world also raises an important issue about the very nature of physics: what kind of knowledge does it provide?

Science is often regarded as being in the pursuit of knowledge and understanding. Indeed, according to the Science Council, the very definition of science is “the pursuit of knowledge and understanding of the natural and social world following a systematic methodology based on evidence." This definition has its limitations, however, and reflecting on the kind of knowledge that quantum physics provides suggests a different, complementary way of appreciating the grand theoretical edifices of science. How grand? Well, ‘quantum physics’ encompasses a truly enormous set of specific theories, including those of particle physics with its celebrated discoveries of the Higgs boson, quarks and the like, and the image of reality they imbue us with.

In thinking about what kind of knowledge quantum physics offers, it is instructive to begin by going back to one of the most basic philosophical questions: what is knowledge? Although philosophers still disagree how to answer this question, they (almost) universally agree on one thing about knowledge: that knowing something implies that there is a corresponding fact — an objective truth about the world — that is known. If you know some proposition, that proposition is true.

Taking the point to heart that knowledge has to do with corresponding facts is a key to recognising the subtle nature of the kind of knowledge that we can claim of quantum reality. In addition to this, there are two things implicit in the blooming debates in the foundations of quantum physics that one must acknowledge.

"Since no particular foundational account is responsible for the tremendous empirical successes of quantum physics, these accounts cannot really tap into the abundant empirical evidence that flows from quantum physics’ myriad applications and predictions."

First: at the foundational level quantum physics leaves room for surprisingly different ways of connecting its supremely well-functioning theoretical principles to worldly facts that these principles purportedly capture. That is, there are competing foundational accounts — rival quantum theories, really — that say rather different things about what the world is like regarding its quantum aspects, captured by quantum superposition, entanglement, spin, and so on. The extent of disagreement permeating the foundations of quantum physics is indeed surprising, given how extremely successful, thoroughly tested and well-established quantum physics is.

Second: the foundational accounts and drastic differences therein have little bearing on how the basic quantum physical principles can be reliably used, recipe-like, in making empirical predictions or in engineering powerful devices. There is a stable, empirically consolidated core of quantum physics that all physicists can agree upon, but in and of itself it says precious little about the facts that supposedly underlie the success of those predictions and interventions. Conversely, since no particular foundational account is responsible for the tremendous empirical successes of quantum physics, these accounts cannot really tap into the abundant empirical evidence that flows from quantum physics’ myriad applications and predictions. That is, the high degree of confirmation  that quantum physics enjoys on the basis of its ability to capture empirical phenomena does not reach the foundational level where disagreement abounds.

Both of these features of the foundations of quantum physics are intricate and call for careful elaboration. But it is already easy to see in outline how they bear on the kind of knowledge that quantum physics can be taken to furnish. First, it follows from the factivity of knowledge that knowing something about the quantum features of the world — superposition, entanglement, or spin, say — requires that one can point to determinate facts about the world that are known. Second, there is little agreement amongst the competing foundational accounts about what facts are truly represented by “superposition”, “entanglement”, or “spin” (or, indeed, whether such quantum theoretic notions are meant to represent anything at all). Third: the available empirical evidence and the canons of good scientific methodology do not suffice to justify any of the foundational accounts as the one account we should really take seriously. From these three points it follows that little is actually known about the quantum world. I should hasten to say that there is, of course, an absolutely impressively, expansive body of knowledge that quantum physicists have undeniably amassed over the past hundred years or so. But this knowledge rather more directly pertains to facts about quantum theories: it is knowledge about these theories’ formal structure and operation; how these formal structures are connected to the empirical data and to one another; what kinds of formal structures are ruled out given the data; and so on.

Acknowledging the delicate nature of our knowledge and understanding of quantum physics changes the way in which we appreciate theoretical science as capable of providing steadily improving representations of reality. Physicists find it natural to talk about the eminence of quantum physics directly in terms of knowledge and understanding it provides. From particle physics we know that matter is made of fermions, such as electrons, neutrons, and positrons, all of which are spin-1/2 particles and as such obey the Pauli exclusion principle, for example. These particles (and everything else for that matter) are known to exhibit wave-particle duality. Electrons’ spin in turn is involved in understanding why fridge magnets work as they do. And so forth. Such talk of wave-particle duality and spin — quintessentially quantum notions — is not “quantum metaphysics”. Far from it: it expresses scientific knowledge as firmly established as any (at least in as far as theoretical claims in physics are concerned).

Quantum physics, thus presented, nicely fits the Science Council definition of science. This is all well and good, except for the fact that conceptualising  the sense in which we trust quantum theories in these familiar and intuitive terms of knowledge and understanding tends to mask the degree and extent of uncertainty that still pervades quantum physics at the foundational level. This uncertainty is best revealed by trying to explicitly pin down the content of the relevant knowledge: what it says about the world. (Surely we should try, for whatever ‘knowledge’ exactly is, surely it is part of knowing something that one is able to grasp the content of what one knows, tacit knowledge excepted.) It is at this point that one gets unavoidably sucked into the foundations of quantum theory, whether one likes it or not. Many physicists do not like it, resisting it as an invitation to engage in scientifically superfluous metaphysics or a search for scientifically unnecessary “meaning” of quantum theory. While such resistance has proved to be fine for physics’ practice in general, it should not go unnoticed that there is a grave tension between this attitude and the customary talk of knowledge and understanding that all but most hard-line instrumentalists indulge in.

There is, of course, an instrumentalist tradition in thinking about quantum theories, not as representations of reality at all, but rather as a source of reliable algorithms for making predictions and getting right these theories’ observable consequences. To an extent this is also represented in the pragmatic attitude of many physicists (and also some philosophers). But this tradition — in its blunt “shut up and calculate” mode, at least — is clearly at odds with the explicit aim of much of physics to genuinely understand physical phenomena through theories that really latch onto reality behind the phenomena, whether in relation to fridge magnets or by reference to the Higgs boson. It is also difficult to motivate such an instrumentalist stance specifically about quantum physics, without adopting a similarly deflationary attitude towards many established theories of chemistry or biology, for instance. 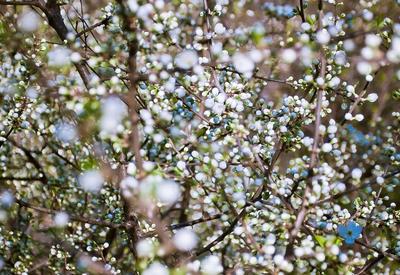 SUGGESTED READING What Is Life? By Paul Davies Instead of regarding quantum physics just as a source predictively accurate recipes with various pragmatic virtues, I think we should aim to defend, as far as we possibly can, a “realist” stance towards quantum physics. Scientific realism is the standard foil to instrumentalism in the philosophy of science, and it is often also conceived of in terms of scientific knowledge of the reality of entities, processes, and causal connections that populate the world lying behind observable phenomena. In the light of the challenges of pinning down the content of our knowledge of the quantum realm, however, such knowledge-focused conception of realism does not best capture our well-justified trust in the theoretical establishments of quantum physics, where foundational uncertainties still loom large.

What is called for is a reconceptualisation of the realist attitude towards these areas of science, in ways that put less emphasis on theory-based knowledge regarding the kinds of things and processes that populate the world at the microlevel (electrons, photons, the Higgs boson, and the like). Claiming and defending knowledge about the reality of such theoretical posits is not a sine qua non for very robustly regarding quantum physics’ working core as a trust-worthy theoretical edifice. We need not claim knowledge of the quantum realm in order to have justified belief in quantum physics as an enduring theoretical establishment that paves the basis for any future physics — a basis whose successful functioning is due to its latching onto quantum reality in intricate ways that physicists are still in the business of trying to figure out.

The upshot is a more modest mode of “realist” confidence in our current best physical theories, one that shies away from customary knowledge-talk of theoretical physics. Different ways of further articulating this modesty are currently hotly debated amongst philosophers of science. A sampling of these debates can be found, for example, in the forthcoming volume Scientific Realism and the Quantum, (Eds. S. French and J. Saatsi), published by Oxford University Press. 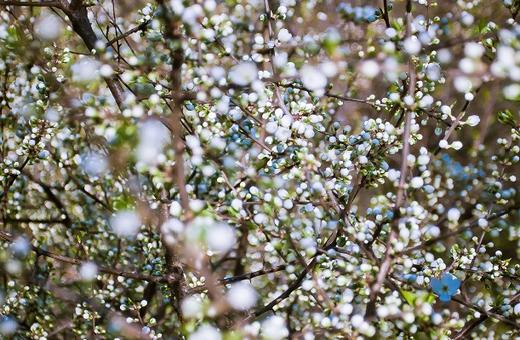 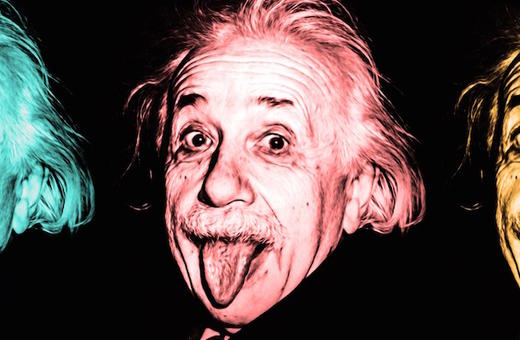 It was so good to see you acknowledging this topic, it really feels great. Thanks for sharing such a valuable information which is very hard to find normally. I have subscribed to your website and will be promoting it to my friends and other people as well.
boudoir photography miami