| Senior Lecturer in Philosophy at the University of Hertfordshire and author of forthcoming Becoming Beauvoir: A Life
1,216 words
Read time: approx. 6 mins

Simone de Beauvoir spent more time talking about inauthentic love than authentic. But that is because she thought authentic love is so hard to achieve.

From the vantage point of 2017, aspects of Beauvoir’s view of authentic love look rather dated and pessimistic: for one thing, it presents men and women in binary terms that are unlikely to resound with many readers. Today’s women have greater access to education and employment than women did in 1949, and may be less likely to see love as life, as Beauvoir charged, instead of a part of life. Although structural inequality persists, relationships between men and women – or men and men, or women and women, etc. – theoretically have better chances of proceeding on an equal footing.

But nevertheless many cultural portrayals of love (from Puccini to pop) continue to depict it as a game between unequals – as conquest or domination, seduction or entrapment – where the boundaries are drawn along distinctly gendered lines. Such dynamics, on Beauvoir’s view, make authenticity in love impossible – but why?

What Love Meant for Men versus Women

In her watershed feminist book The Second Sex Beauvoir wrote that the word ‘love’ has different meanings for men and women – and that these differences are responsible for many of the disagreements between them. Byron hit the nail on the head, she thought, by saying that for men love is an occupation in life while for women it is life itself.

Writing in 1949, Beauvoir believed that men remained ‘sovereign subjects’ in love – that they valued their beloved women alongside other pursuits, as an integral part – but only a part – of their whole life. By contrast, for women love was expected to become their whole life: ‘total abdication for the benefit of a master’ (SS 699).

This may sound an alien note in twenty-first century ears. But in Beauvoir’s time she saw many assumptions (implicit and explicit) that for women love involved forgetting themselves as people in their own right. The Second Sex cites several supposed sages’ advice for women, including this example from Cécile Sauvage: ‘When the woman loves, she must forget her own personality. This is a law of nature. A woman does not exist without a master.’ (SS 700)

On Beauvoir’s view, laws of nature had nothing to do with it: the issue was laws of culture. Men were raised to expect to be active in the world – to love but also to be ambitious and to act in other domains. Women, however, were taught that their value was conditional – that they needed to be loved by a man to have worth. ‘The young girl has dreamed of herself as seen through the man’s eyes: it is in man’s eyes that the woman believes she has at last found herself’ (SS 703).

One of the barriers to achieving authentic love was that women therefore objectify themselves, attempting to identify with their beloved men. The woman in love tries to see through her beloved’s eyes, shaping her world and her self around him: she reads his preferred reading, interests herself in the art and music he likes, in his ideas, his friends, his politics, etc. Sexually, too, Beauvoir objected that many women are used as ‘instruments’ for male pleasure rather than as sexual subjects whose desires and pleasure were also taken into account.

"Authenticity in love...involves both parties recognizing that their beloved is free, and appreciating him- or her-self as a subject – as a person in his or her own right."
___

The problem with the dominant paradigms of love was that they were not reciprocal. Men expected women to give themselves in love in ways that were not mutual. Consequently, love was dangerous for women in ways that it was not dangerous for men. She did not lay the blame for this exclusively at the feet of men. Women, too, perpetuated the oppressive structures of non-reciprocal love through participating in it. But it was hard not to, Beauvoir wrote, because the world was structured in a way that enticed them to consent to their own oppression.

Beauvoir thought authenticity was possible in relationships that were reciprocal – and hoped it would become more widespread. ‘The day when it will be possible for the woman to love in her strength and not in her weakness, not to escape from herself but to find herself, not out of resignation but to affirm herself, love will become for her as for man the source of life and not a mortal danger.’ (SS 724–5) Authenticity in love, in her view, involves both parties recognizing that their beloved is free, and appreciating him- or her-self as a subject – as a person in his or her own right. When two free people appreciate themselves independently and agree about what it means to love each other, they love authentically: they can create meaning together as a couple in reciprocal love.

But until that time – as long as women are encouraged to be devoted to others at the expense of their own persons – Beauvoir predicted that ideals of love would perpetuate injustice. Love promised salvation, Beauvoir said, but all too often what women got in the name of love was a living hell.

Did Beauvoir practice what she preached?

Beauvoir’s life itself raises interesting questions about her philosophy of love. Although Beauvoir might have resisted the term ‘polyamorous’ (since, for existentialist philosophers, some self-definitions of this kind constituted bad faith), her relationship with the philosopher Jean-Paul Sartre is well known for its non-exclusivity. As students they pledged to each other that their love was ‘necessary’ but that having other ‘contingent’ loves did not challenge their primacy in each other’s lives. Respecting each other’s freedom, for Beauvoir and Sartre, involved the freedom to pursue relationships with others.

One of Beauvoir’s better-known affairs was with the American novelist Nelson Algren, someone whom she described with appreciation as both friend and lover. At first their relationship seems to have embodied her ideal of reciprocity: love was to be about sharing individual lives, rather than one person being all-consuming and another all-consumed. But in the end they disagreed about what love required and ceased to be able to envision a joint future.

To clarify, for Beauvoir, sharing the same definition of love was a requirement to meet her criterion of reciprocal love. So she doesn’t object to non-polyamorous love as less authentic in itself. What matters, whether you’re a single-lover person or a multiple-lover person, is that your love is reciprocal.

As an existentialist, Beauvoir was committed to the view that human beings’ ‘existence precedes essence’ (to borrow Sartre’s words). As free subjects, we decide what to make of our lives and who we are is defined by our actions. In reciprocal love our projects for the future can become joint projects. But this is precisely why authentic love is so hard to achieve: because in addition to the challenge of finding it, love can easily cease to be reciprocal. Authenticity is not a status to be achieved, but a project – a joint project – to be pursued.

Dr Kate Kirkpatrick FRSA is Lecturer in Philosophy at the University of Hertfordshire. She is the author of Becoming Beauvoir: An Iconic Life (Bloomsbury, 2018). 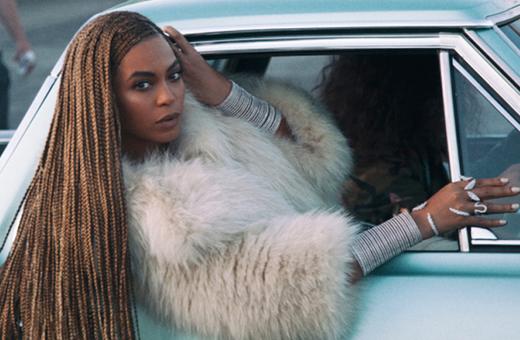