What is boredom? What does it mean to have nothing to do? For many of us, the feeling of boredom is associated with being young, newspapers and magazines carry stories about the importance of boredom to stimulate creativity – the rise of the smart phone is, apparently, a threat to us all (although I am sure they said that about television as well…). But what happens when boredom turns into stagnation? When life stretches out behind, and ahead, with few opportunities to progress, gain experiences or make choices? What happens when you have served decades in prison? What do you do when you see the decades that you must serve stretched out in front of you? In this context, boredom and stagnation are no longer temporary, but something that can eat away at your sense of self, and where a desperate attempt to find meaning in your surroundings means you take up any opportunity that comes your way.

A few years ago, I spent several months teaching philosophy in two prisons in England. All of the men I worked with had committed serious crimes and were serving long, and sometimes very long, sentences. One man had served a total of 39 years in prison before I came to work with him, another had served only 5 years of a life sentence that carried a minimum term of 30 years. As a PhD student, sitting in front of these men, and discussing deep philosophical questions, I came to develop a different understanding of what it means to have time. These were not people who were simply bored, but people who were suspended in time.

Psychological survival in the prison context

Over the past half century, a range of prison scholars have endeavoured to understand the psychological impact of extended periods in prison. Two key texts in this field include Cohen and Taylor’s work from 1972, ‘Psychological Survival: The experience of long-term imprisonment” and Ian O’Donnell’s, 2014 text entitled ‘Prisoners, Solitude and Time’. Both texts relate imprisonment to extreme situations, with Cohen and Taylor drawing on disaster literature and O’Donnell drawing on accounts of extreme isolation. These two texts span the prison sociology literature and would offer interesting reading for anyone who wants to try to understand what extended isolation means.

Cohen and Taylor compared the experience of long-term imprisonment to ‘survival in extreme situations’. They drew on literature from adventurers, disaster studies, and migration studies, alongside written accounts of personal experiences of imprisonment in labour and war camps. They justified their use of the term ‘extreme environment’ by highlighting a prison’s physical characteristics, sensory deprivations, and social restrictions. In doing this, they implied that imprisonment involved an extreme change in circumstances and a loss of autonomy as structures and opportunities become closed off to the prisoners.

"Unlike other activities, philosophy is an activity of the mind. My participants said the classes provided them with a better understanding of the world, allowing access to wider societal conversations that had previously seemed obscure and irrelevant. Furthermore, they could take these reflections back to their cells, and use the ideas to occupy their minds."

O’Donnell’s work explores the impact of solitude on a person’s sense of self. He highlights the lack of meaningful activity in prison to argue that this leads to the aforementioned feeling of being stuck in time. However, O’Donnell takes an in-depth look at solitude and time drawing on more positive experiences of isolation to understand the prison experience. His work is important because there are some people in prison who, despite the deprivation of liberty, find and inner strength. This inner strength means that some ‘psychologically survive’ the experience of long-term confinement, and even grow and develop. Examples of such progress can be used to argue prison ‘works’ but, as O’Donnell’s work shows, this speak more to the strength of the human spirit than the notion that extended periods of boredom and stagnation are not damaging.

The importance of stimulation

During my time working in prison, I spent significant amounts of time speaking with my participants, asking for feedback and formally interviewing them upon completion. When I asked them what the ‘best thing’ about engaging in the programme had been, many of the men discussed how important it was to be given something to do. One participant said, “Seriously, from…Monday night, there was anticipation of the class. Tuesday morning, up until twelve o’clock, you were outside the prison, because you were doing something that was…it’s very, very seldom that you get time to be able to think on a higher level, if that makes sense.”

Another participant discussed the “opportunity to do something different,” saying, “Because to me, it’s, like, a little bit of a getaway.” Yet another participant said, “Flipping heck, there’s a definite need for it]. We’d be all buggered without it, you know, like you say, I’m crying out for it…”

The philosophy classes I delivered come from a particular tradition – one that is both ancient and modern. I based my classes on the Socratic tradition of dialogue, providing simple stimuli to encourage conversation and aiming to develop a collaborative inquiry. In the modern form, this tradition has evolved through programmes such as Philosophy for Children, the development of Communities of Philosophical Inquiry, and social events like Philosophy in Pubs. Fundamentally, they encourage active philosophising; i.e. we want our learners not simply to learn who said what, but instead to become philosophers and to engage in philosophical thinking.

The participants appreciated the opportunity to be in an ‘educated circle’ and they referred to the ‘intellectual climate’ of the philosophy classroom. Philosophy though, goes beyond the classroom and stimulates the mind in a way that other educational programmes might not. In prison, men can be locked behind their doors from 7pm until 7am, even if they take advantage of the activities available (if they don’t, or are unable to, they can be behind their doors for 23 hours a day). In their cells, if they are fortunate, they can rent a TV out of their paltry wages, they might have a few books if they have managed to get to the library and they might have some work from the educational classes to get on with. But, even these small nods towards mental stimulation fall short.

Unlike other activities, philosophy is an activity of the mind. My participants said the classes provided them with a better understanding of the world, allowing access to wider societal conversations that had previously seemed obscure and irrelevant. Furthermore, they could take these reflections back to their cells, and use the ideas to occupy their minds. Philosophy gives you something to do, a structure to reflect on the self, a means to consider how to live and what the world is. ‘It gives me something to think about’ a philosophy student once said to me, early in my career. Now, several years later, I can understand why, in the context of a prison, this is so important.

Boredom – Where is the line?

We live in an age of constant entertainment, where knowledge is at our fingertips and we can connect with people across the world in an instant. Sometimes, we might entertain nostalgic feelings about being disconnected, and we discuss the importance of removing stimulation to calm our minds. We read and write articles on mindfulness, the importance of switching our smartphones off and engaging with those around us. But, there is a balance. Without connectedness, without access to learning and opportunities, we can lose ourselves.

From my time engaging in philosophical inquiry with men in prison, I learnt that boredom can translate into stagnation and stagnation into losing touch with one’s own identity. Our sense and self is tied up with the activities with which we engage. Part of being human, is a sense of growth and development. The philosophy classes aimed to provide a space where, for a short time, their status as prisoner could fall away and they could be philosophers for a time. 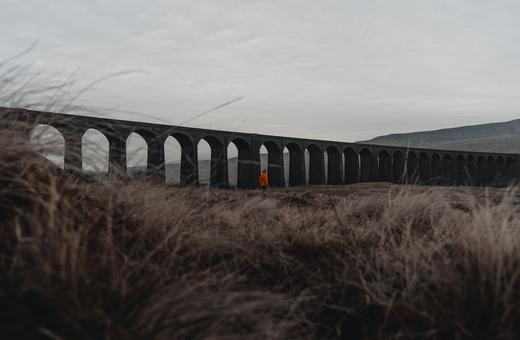 Wonderful blog post. This is absolute magic of you! I have never seen a more wonderful post than this. You really brightened my day with this today. I hope you continue like this!
bookkeeping lexington ky

What happens when you have served decades in prison? What do you do when you see the decades that you must serve stretched out in front of you?
https://www.examsleader.com/200-901-exam.html

Boredom is very common in youngsters because they have countless desires and dreams to make their life entertaining. Youngsters who can’t achieve the required entertainment in life feel so much boredom as you have mentioned some information about it in this article. Therefore I always visit https://essaysaviour.review/review-about-edubirdie-com-services/ website to read reviews about the writers who help in an assignment in this case I also find the best writers and also tackle with boredom.