Our complex imagination makes us more irrational than other creatures

It is easy to make fun of the Aristotelian idea that humans are rational animals. In fact, a bit too easy. Just look at the politicians we elect. Not so rational. Or look at all the well-demonstrated biases of decision-making, from confirmation bias to availability bias. Thinking of humans as deeply irrational has an illustrious history, from Francis Bacon through Nietzsche to Oscar Wilde, who, as so often, came up with the bon mot that sums it all up: "Man is a rational animal who always loses his temper when he is called upon to act in accordance with the dictates of reason."

This is not a completely new line either, although the point has often been made merely as a provocative overstatement. In fact, according to the standard account of biases, irrationality (in the guise of biases) is explained by simpler cognitive mechanisms taking over. And these simpler mechanisms are exactly the ones we share with animals. So if human irrationality is explained by animal cognitive mechanisms, then humans will not come out as less rational than animals.

I have a different argument, one that focuses on the importance of imagination in our mental life. I argued here and here that imagination plays a crucial role in making most of our important decisions. Think back to some of the big decisions you have made over the years. Break up with your partner or not? Which college to choose? Go to grad school or not? Which job offer to take? Which house to bid on? And so on. My guess is that you made all of these decisions by imagining yourself in one of the two situations and then imagining yourself in the other and then comparing the two.

"When we make these grand decisions, we imagine what we imagine to be our future selves in imagined alternative scenarios. Imagination is used three times. And none of these uses of imagination is particularly rational"

Here is an example from my own past. After college, I was accepted in grad programs in the US and in the UK. I thought, probably correctly, that this choice would have a major impact on my life course and was really struggling with this. I could narrow down the US options to what seemed the best (within the US) and I did the same for the UK options. But deciding between becoming American and becoming British was just too difficult. I imagined myself in Britain, at fancy college dinners, wearing a gown and sipping port. And I imagined myself in California diners in flip flops with Oreo shake in hand. Not an easy comparison.

The point is that I really had very little idea about just what situations I will find myself in. So I actually imagined myself in imagined situations – ones that were more informed by films I have seen than reality. But imaginative episodes of this kind are even more complicated. Imagination is used not even twice, but three times. Let’s suppose I am making this decision now. Who am I imagining in that California diner? My current self will never be there, so imagining my current self would not be particularly helpful. It is my future self who has the chance to hang out in California, but the problem is that we don’t have any firm information about what our future selves will be like. So it is really my imagined future self who I should imagine.

So things are a bit complicated then: when we make these grand decisions, we imagine what we imagine to be our future selves in imagined alternative scenarios. Imagination is used three times. And none of these uses of imagination is particularly rational. Imagining our future selves is especially unreliable, as we systematically underestimate how much we will change in the future – see the psychological phenomenon of the End of History Illusion. 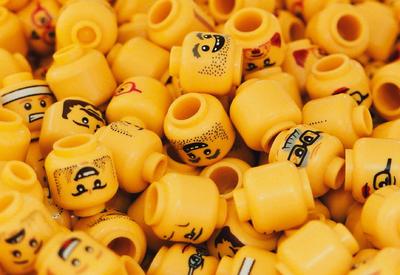 SUGGESTED READING Stupidity Is Part of Human Nature By Bence Nanay And the scenarios we imagine ourselves in have very little to do with the actual situations we would find ourselves in. I spent relatively little time in Cambridge sporting a gown and really almost no time in Californian diners in flip flops (the Oreo shake is another question…). The general point is that because of the irrationality of imagination, we make irrational decisions. And while animal decisions are not maximally rational either, they are at least not (or not to the same extent) influenced by the irrationality of imagination (as it doesn’t seem likely that animals would be capable of this triple embedded imaginative episode). In this sense humans really are more irrational than animals.

The second reason is that irrationality may not be such a terrible thing. And the irrationality of imagination may actually be a liberating mental facility. As Fernando Pessoa said, “Because I am nothing, I can imagine myself to be anything. If I were somebody, I wouldn’t be able to. An assistant book-keeper can imagine himself to be a Roman emperor; the King of England can’t do that, because the King of England has lost the ability in his dreams to be any other king than the one he is. His reality limits what he can feel.” 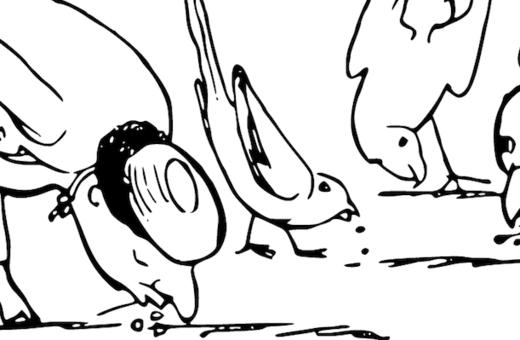 It was so good to see you acknowledging this topic, it really feels great. Thanks for sharing such a valuable information which is very hard to find normally. I have subscribed to your website and will be promoting it to my friends and other people as well.
wedding photography cedar rapids

Professor Bence Nanay,
If I understand the argument correctly, we are viewing the irrational human as a projected future scenario comparison emotional decision maker. And the difference between us and other animals is that we believe we use imagination and they are using simple cognitive mechanism, which we also have access to. In a simplified explanation of irrational decision making this seems reasonable.

I would argue the complexity of decision making is the primary driver of the emotional shortfall. I would further argue that when we are emotionally lazy that our primal evolutionary code can conflict with imagination rather easily and further find complications with our unique perspective based on experiential perceptible reality.

If we discuss decision making to any attempt at understanding, we must first identify the four perception components of influence. In my opinion from least capable to most capable, we have: the cognitive brain, emotions, the physical body, and the spirit. There could be a long argument on the overriding functions of these four perceptions I will attempt to simplify for argument sake.

The brain is a computer.
Emotions are assigned values.
The body is tactile.
The spirit is conscious connectivity.

Any one of these could be blamed for irrational decision outcomes. Depending on our definition of what is irrational. And in order to agree on that definition we must connect our agreement.

I argue it is connection that is the highest force behind the decision. Here are the four explanations.

One, the brain being the easiest. In your grad school example, the brain identified the variables and possibilities. No decision is right or wrong based on these equations. There is no rationale, only computing functions.

Two, emotions at play. When we elevate the brain equations to assigned emotions, to simplify we could say good or bad; we take our first steps towards rationality. We rationalize the equations as you pointed out based on our projected future reality. From here it gets super complicated. I believe this is when we become emotionally lazy.

Three, the body. You mentioned food and clothing in your example along with human interactions. While these examples were pretty simple, we can deduce that the survival of the body through nutrients, weather that is predominantly controlled by our planetary systems and social interaction in one sense physically matters. I would argue these are primarily considered subconsciously  in most decisions. I would question in your example whether you were assigning emotional or logical values to this very physical component. The indicators of port wine vs flip flops hints at prestige vs comfort (simplified selected variables on my part).

Forth, and finally,  we have spirituality. Our connected consciousness of the entirety of all things. We could call it intuition. We could call it the unknown. We could base it on religion. There are many avenues to spirituality. It may be the key to what makes all decisions irrational. With the dominance of our developing consciousness and the other three perceptions we will base our decision on where we are at the moment of our decision.

That decision could be re-evaluated and changed at any moment. It can be assigned a different emotional value. It can affect our physical bodies in a multitude of experiences and durations. And our spirit will provide a connected consciousness to a universal life force which all things share.

We can choose for whatever reason to disconnect from any of these perceptions. It does not change they are there. And what one chooses to connect or disconnect from, another chooses simultaneous their own path. And the complexity of consciousness and decision making grows.

We are left with the question of: what is rational or irrational? In my mind it is like asking what is purpose?

Thank you for the discussion. I hope we all find some joy, at least occasionally, in putting together our life long consciousness puzzle. However rational or irrational it may seem at the current moment. A new decision is but a second away! Cheers to flip flops and smoothies!

Informative article
I was searching for this information on https://www.google.com/

Your argument would be much stronger if you described the more rational way in which other animals decide between graduate schools in England and California.