We must get rid of ideas of what sex should be

There is no such thing as sexual morality per se. Put less dramatically, there is no morality special to sex: no act is wrong simply because of its sexual nature. Sexual morality consists in moral considerations that are relevant elsewhere as well being applied to sexual activity or relations. This is because the proper concept of sexual activity is morally neutral. Sexual activity is that which fulfills sexual desire.  Sexual desire in its primary sense can be defined as desire for physical contact with another person’s body and for the pleasure that such contact brings. Masturbation or desire to view pornography are sexual activity and desire in a secondary sense, substitutes for normal sexual desire in its primary sense. Sex itself is not a moral category, although it places us in relations in which moral considerations apply. It gives us opportunity to do what is otherwise regarded as wrong: to harm, deceive, or manipulate others against their will.

As other philosophers point out, pleasure is normally a byproduct of successfully doing things not aimed at pleasure directly, but this is not the case with sex. Sexual desire aims directly at the pleasure derived from physical contact. Desire for physical contact in other contexts, for example contact sports, is not sexual because it has other motives (winning, exhibiting dominance, etc.), but sexual desire in itself has no other motive. It is not a desire to reproduce or to express love or other emotions, although sexual activity, like other activities, can express various emotions including love.

Overly restrictive sexual ethics derive from definitions that wrongly build these extraneous motives into the concept of proper sex. Our definition’s being morally neutral in building in no end except physical contact implies that no conduct otherwise immoral should be excused because it is sexual, and, more important, that nothing in sex is immoral unless condemned by factors that are wrong-making elsewhere. Sex without love is condemned by those who think that proper sex must be an expression of love; sex without physical contact is simply not sex in its primary sense, not condemnable on that ground.

What sexual conduct is then wrong on ordinary moral grounds? Primarily that forced on others without their rational consent. Rape is the most obvious example, involving not only physical assault, but humiliation, invasion of privacy, and most often lasting psychological harm, all of which are separately wrong-making in other contexts. Only slightly less obvious in this category is sex with minors, which might seem a counterexample to my main claim in being considered wrong because sexual. But again such activity is not only coercive, since children are incapable of rational consent in this context, but psychologically harmful in the long term, coercion and infliction of harm being paradigm wrong-making features of any actions. Finally, clearly in this category as well are sexual activities with subordinates: doctors with patients, lawyers with clients, bosses with employees, and teachers with students. Such relations are again exploitative and in a slightly less obvious way coercive. There are borderline cases in this category too, such as sex with a person under the influence of alcohol or drugs or with prostitutes, sometimes but not always wrong, depending on the plausibility of seeing coercion in the context.

More controversial is whether any consensual sex between willing partners is wrong. Tradition and the Catholic Church hold that any sex outside the context of marriage is wrong, or, in the secular version, any sex outside the context of loving commitment. The connection of sex with reproduction, its biological function, might long ago have provided some justification for this restriction, if children are best raised by two parents. Leaving God’s supposed natural law out of the equation, the ready availability of reliable contraception removes that justification. More likely as a justification for restrictive sexual ethics these days is the supposed connection between sex and love, captured by the concept of romantic love.

Again, according to tradition dating back to Plato, sex without love expresses our lower animal natures, the enemy of reason that should control the psyche. Loss of rational control in sex might still lead to condemnation of casual sex on prudential grounds as leading to addictive promiscuity. But loss of control in sexual acts can be conceived as something good, a release from our ordinary repressed selves and our mundane concerns, and the closest we come to unity with another person. And distinguishing this loss of control in the heat of passion from loss of control over when to engage in sex allows us to see that casual sex need not be addictive. Just as we can eat for pleasure without becoming gluttons, and can enjoy making money without becoming miserly hoarders, so we can have sex for pleasure without becoming addicted.

"If using another as a means of pleasure were wrong, why would it be better in the context of a marriage with loving commitment? The emphasis is instead again on rational consent, in Kant’s terms on the possibility of universal rational willing. The same applies to sex."

The main objection to casual sex for pleasure, however, is that it objectifies the partner, uses the partner simply as a sex object, a mere means to one’s own pleasure. Objectification allegedly denies the subjectivity of the partner, treats her as less than a person, denies her the respect due to a person. And using another merely as a means to one’s own pleasure has seemed to many philosophers a paradigm of wrongdoing, a violation of the fundamental Kantian principle of morality. In answering this charge, we must admit straight off that sex does involve viewing the other as a sex object: the focus is on the physical body. But this need not involve denial of subjectivity if the other’s desires and interests are taken into account, primarily by requiring rational consent. And we not only consent to being sexual objects, the trillions spent on perfume, cosmetics, deodorants, attractive clothes, and plastic surgery indicate that we want to be viewed as such.

SUGGESTED READING Zhana Vrangalova on The Science of Good Sex By PaulaErizanu Consideration of moral factors relevant elsewhere shows that using others as means is not always wrong. Many human relations, most economic transactions for example, involve using others as means. When I buy a car, I use the salesperson as a means to my end. I am not particularly interested in her welfare, and I certainly do not love her. To use another as a means with her consent is perfectly permissible, especially when both parties benefit. I use my wife as a means to get a wonderful dinner I could not prepare. If using another as a means were wrong, why would it be better in the context of a marriage with loving commitment? The emphasis is instead again on rational consent, in Kant’s terms on the possibility of universal rational willing. The same applies to sex.

Sexual desire and love are fundamentally different psychological states. Love is other-regarding, an identification with the loved one’s interests and long-term commitment to further those interests. It is relatively exclusive: we love several people at once, but not a large number. By contrast, sexual desire, although focused on another’s body, is essentially self-regarding, a desire for physical pleasure. And we can have fleeting sexual desires for many others, while there is no fleeting or casual love. Why, then, are the two often confused and grouped under the single concept of romantic love (really a conglomeration of two states, sexual desire for one who is loved)? While the confusion probably results in many failed marriages as sexual desire begins to fade in the absence of genuine love, there are common features, offsetting the differences, that suggest a union of the two states. Both involve intimacy, vulnerability, and therefore shared privacy. Privacy in turn suggests exclusivity; secrets, for example, are both private and exclusive.

This brings us to the one case in which consensual sex can be immoral. If sex and love are easily confused for the reasons stated above, or, less pejoratively, if in some contexts they are naturally conceived together, then it is understandable why in those contexts loving commitment is understood to include a promise of sexual exclusivity. Indeed, marriage vows are often understood in this way, although never explicitly stated as such. Such a desire for exclusivity on the part of one’s partner might be thought by some to express only possessiveness and jealousy, depriving the partner of possible sources of great pleasure.  But, if sexual encounters can lead to genuine feelings of love, and if love tends to be exclusive, then such encounters can threaten the stability of marriages or long term loving commitments. The desire for sexual exclusivity is not then irrational or wrong, and where such an understanding or implicit promise exists, breaking it is wrong precisely as the breaking of a serious promise.

That conclusion certainly does not imply that all sex outside the context of loving commitment is wrong.  Sex with love might be the ideal, the union of bodies and minds. But being short of an ideal is not wrong-making.  Steak is better than hamburger; lobster better than shrimp; tennis better than pickleball. Second-best can still be very good, and in the case of casual sex, intensely pleasurable. 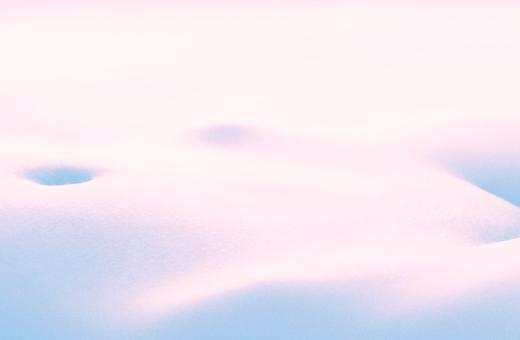 On Being Naked and Having Sex

Sexuality, including intimacy and sex, is a vital part of human nature. It can also have an impact on our overall health and well-being. It fulfills the feeling of belongingness and connection. However, these untamed feelings can interfere with daily lives and relationships.

Prof Goldman, I have been debating this in my head for some time. I tend to follow loosely Positivist thinking on Ethics and Reason by working on Win Win situations, I also tend to adhere to Jewish traditional values but use Psychology Journals on balance of the science of human behavior. The function of Orgasm for Women and the release of Oxytocin is an important part of the argument for sex. As you are clearly a man and write like a man whereby Sex and Love are interchangable, seperate or each can derive from one or the other. The Oxytocin Hormone in Women lasts longer after orgasm than it does for a man and other things like Dysphoric crying occurs after sex all are organised to make us bond to and feel good about the person we are having sex with, it naturally increases trust and other human bonding behaviors. The objectification of people in all formats quite literally undermines the infrastructure of trust and possibility of love...I would also think that this then creates loneliness and loneliness creates casual sex. There are much larger ramifications socially and morally than just the pleasure of having sex and to recognize, even within the bounds of pleasure and objectification that people feel, we are emotional beings, all connected up for the most part. The debate presented is limited therefore and perhaps a little flippant as consequence of casual sex for adulterers or singles often leads to unethical behavior.