Colonialism is alive and well in central banking

2021 marks the 10-year anniversary of NATO’s violent intervention in Libya and the assassination of Muammar Gaddafi. As was suspected at the time - and was later shown in the published emails of Hilary Clinton - NATO acted to prevent Gaddafi founding an African central bank with its own gold-backed currency. That institution would have challenged the power of the dollar and finally allowed Africa to escape its colonial shackles, writes Ellen Brown.

It was thanks to the 2016 publication of Hillary Clinton's emails that the reason behind NATO’s entry into Libya was revealed. It was to prevent the creation of an independent hard currency in Africa that would free the continent from its economic bondage under the dollar, the IMF and the French African franc. That hard currency would have allowed Africa to shake off the last heavy chains of colonial exploitation.

The brief visit of then-Secretary of State Hillary Clinton to Libya in October 2011 was referred to by the media as a "victory lap."

"We came, we saw, he died!" she crowed in a CBS video interview on hearing of the capture and brutal murder of Libyan leader Muammar el-Qaddafi.

But the victory lap, wrote Scott Shane and Jo Becker in the New York Times, was premature. Libya was relegated to the back burner by the State Department, "as the country dissolved into chaos, leading to a civil war that would destabilize the region, fueling the refugee crisis in Europe and allowing the Islamic State to establish a Libyan haven that the United States is now desperately trying to contain."

US-NATO intervention was allegedly undertaken on humanitarian grounds, after reports of mass atrocities under Gadaffi; but human rights organizations questioned the claims after finding a lack of evidence. In the years that followed, however, verifiable atrocities occurred.

The creation of an independent hard currency in Africa would have allowed Africa to shake off the last heavy chains of colonial exploitation.

As Dan Kovalik wrote in the Huffington Post, "the human rights situation in Libya is a disaster, as 'thousands of detainees [including children] languish in prisons without proper judicial review,' and 'kidnappings and targeted killings are rampant'."

Before 2011, Libya had achieved economic independence, with its own water, its own food, its own oil, its own money, and its own state-owned bank. It had arisen under Gaddafi from one of the poorest of countries to the richest in Africa.

Education and medical treatment were free; having a home was considered a human right; and Libyans participated in an original system of local democracy. The country boasted the world's largest irrigation system, the Great Man-made River project, which brought water from the desert to the cities and coastal areas; and Gaddafi was embarking on a program to spread this model throughout Africa.

But that was before US-NATO forces bombed the irrigation system and wreaked havoc on the country. During the term of President Obama, the situation on the ground in Libya was so bad that he asked his advisors to draw up options including a new military front in Libya. The Defense Department was reportedly standing ready with "the full spectrum of military operations required."

The Secretary of State's victory lap was indeed premature, if what we're talking about is the officially stated goal of humanitarian intervention. But Clinton’s emails revealed another agenda behind the Libyan war; that one, it seems, was achieved.

Of the 3,000 emails released from Hillary Clinton's private email server in late December 2015, about a third were from her close confidante Sidney Blumenthal. One of these emails, dated April 2, 2011, read in part:

"Qaddafi's government holds 143 tons of gold, and a similar amount in silver ... This gold was accumulated prior to the current rebellion and was intended to be used to establish a pan-African currency based on the Libyan golden Dinar. This plan was designed to provide the Francophone African Countries with an alternative to the French franc (CFA)."

In a 'source comment', the original declassified email added:

"According to knowledgeable individuals this quantity of gold and silver is valued at more than $7 billion. French intelligence officers discovered this plan shortly after the current rebellion began, and this was one of the factors that influenced President Nicolas Sarkozy's decision to commit France to the attack on Libya. According to these individuals Sarkozy's plans are driven by the following issues:

1. A desire to gain a greater share of Libya oil production,

4. Provide the French military with an opportunity to reassert its position in the world,

5. Address the concern of his advisors over Qaddafi's long term plans to supplant France as the dominant power in Francophone Africa."

Conspicuously absent is any mention of humanitarian concerns. The objectives are money, power and oil.

Other explosive confirmations were detailed by investigative journalist Robert Parry. They included admissions of rebel war crimes, of special ops trainers inside Libya from nearly the start of protests, and of Al Qaeda embedded in the US-backed opposition.

Gaddafi's threatened attempt to establish an independent African currency was not taken lightly by Western interests. In 2011, Sarkozy reportedly called the Libyan leader a threat to the financial security of the world. How could this tiny country of six million people pose such a threat?

First some background: It is banks, not governments, that create most of the money in Western economies. This has been going on for centuries, through the process called 'fractional reserve' lending. Originally, the reserves were in gold. In 1933, President Franklin Roosevelt replaced gold domestically with central bank-created reserves, but gold remained the reserve currency internationally.

In 1944, the International Monetary Fund and the World Bank were created in Bretton Woods, New Hampshire, to unify this bank-created money system globally. An IMF ruling said that no paper money could have gold backing.

Effectively this meant that the money supply was now created privately as debt at interest. This system requires a continual supply of debtors; and over the next half century, most developing countries wound up in debt to the IMF. The loans came with strings attached, including 'structural adjustment' policies involving austerity measures and privatization of public assets.

After 1944, the US dollar traded interchangeably with gold as global reserve currency. When the US was no longer able to maintain the dollar's gold backing, in the 1970s it made a deal with OPEC to 'back' the dollar with oil, creating the 'petro-dollar'. Oil would be sold only in US dollars, which would be deposited in Wall Street and other international banks.

In 2001, dissatisfied with the shrinking value of the dollars that OPEC was getting for its oil, Iraq's Saddam Hussein broke the pact and sold oil in euros. Regime change swiftly followed, accompanied by widespread destruction of the country.

In Libya, Gaddafi also broke the pact; but he did more than just sell his oil in another currency. As these developments were detailed by blogger Denise Rhyne:

"For decades, Libya and other African countries had been attempting to create a pan-African gold standard… a pan-African, 'hard currency'.

What was possible for Africa

Gaddafi had done more than organize an African monetary coup. He had demonstrated that financial independence could be achieved. His greatest infrastructure project, the Great Man-made River, was turning arid regions into a breadbasket for Libya; and the $33 billion project was being funded interest-free without foreign debt, through Libya's own state-owned bank.

That could explain why this critical piece of infrastructure was destroyed in 2011. NATO not only bombed the pipeline but finished off the project by bombing the factory producing the pipes necessary to repair it.

Crippling a civilian irrigation system serving up to 70% of the population hardly looks like humanitarian intervention. Rather, as Canadian Professor Maximilian Forte put it in his heavily researched book Slouching Towards Sirte: NATO's War on Libya and Africa,

"the goal of US military intervention was to disrupt an emerging pattern of independence and a network of collaboration within Africa that would facilitate increased African self-reliance. This is at odds with the geostrategic and political economic ambitions of extra-continental European powers, namely the US."

Hilary Clinton's emails shed light on another enigma remarked on by early commentators. Why, within weeks of initiating fighting, did the rebels set up their own central bank? At the time, Robert Wenzel wrote in The Economic Policy Journal in 2011:

"This suggests we have a bit more than a rag tag bunch of rebels running around and that there are some pretty sophisticated influences. I have never before heard of a central bank being created in just a matter of weeks out of a popular uprising."

There the matter would have remained - suspicious but unverified, like so many stories of fraud and corruption - but for the publication of Hillary Clinton's emails after an FBI probe. They add substantial weight to Newman's suspicions: violent intervention was not chiefly about the security of the people.

It was about money and oil and the security of global banking. 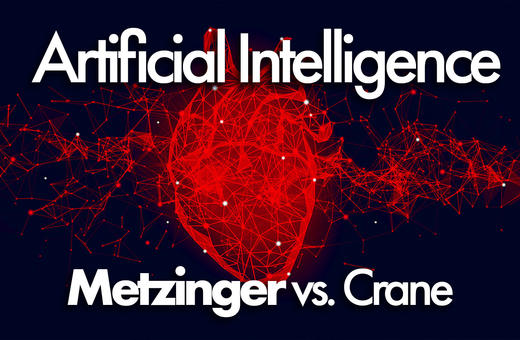 Many thanks for shedding these lights—and so allowing us—concerned Africans and of African descent—and the world to further awaken, see, and understand. And in doing so, further allowing the people to both know and bridge the gap between knowing and understanding these painful realities and tragedies of the world we're all living in. Thank you,

Thank you for this very well documented work. For us, african intellectual throughout the world, it helps a lot to understand why Africa is destabilized today.

Gaddafi was the ruthless dictator of a country with few people and a lot of oil. Black gold pouring out of the ground. His people did not share in this wealth. He played the fool sometimes but make no mistake, if you lived in Libya and tried to oppose him, even a comment or offhand remark - and you and your family would pay dearly.
buy term paper

People seriously underestimate the lengths to which the West goes to maintain its supremacy. African leaders are vilified and the public in the West buys it all. Very depressing. Are there any plans for this to be revived?