Last year the Oxford Dictionaries chose “post-truth” as the International Word of the Year, noting that its use “increased by approximately 2,000% over its usage in 2015.” The term “post-truth” refers to “circumstances in which objective facts are less influential in shaping public opinion than appeals to emotion and personal belief.” It suggests the concept of truth “has become unimportant or irrelevant.”

The Dictionaries announced their choice just one week after the surprise election of Donald Trump to be President of the United States. Politically, it does seem we are in a time when factual truth has become insignificant: a time when Kellyanne Conway, Trump’s counselor, can characterize obvious falsehoods as “alternative facts”; when Scott Pruitt, a climate change denier, can become head of the U.S. Environmental Protection Agency; and when the President himself regularly tweets blatant lies, seemingly without serious repercussions. Truth in the standard Western sense of factual accuracy and correct assertions seems to have become politically passé. Anyone who knows what authoritarian and totalitarian regimes are like will find this trend worrisome. As both George Orwell and Hannah Arendt have shown, such regimes thrive on the dismissal of factual truth.

Even more worrisome, however, would be tendencies toward a world beyond truth in the broader sense of faithful living. In such a broadly “post-truth” world, it would not matter whether we seek to live the truth and embrace what is good. It would not matter whether we promote justice or pursue oppression, whether we show solidarity toward others or practice hatred, whether we respect or ravage the Earth. In fact, the very distinction between good and evil would fade away, as happened this past weekend when President Trump, the supposed leader of a constitutional democracy, failed to distinguish between racist violence and anti-racist resistance after white supremacists ran riot in Charlottesville, Virginia, and one mowed down a group of protesting citizens. This is the larger worry of an allegedly post-truth world: In dismissing the importance of correctness and accuracy, will people simultaneously lose their desire to seek the good, thereby tolerating societal evil and embracing the Lie? The term “post-truth” signals more than a political quandary. It points to a deep crisis in society.

"Truth is to be lived rather than merely asserted, and our assertions of truth need to belong to our living (the) truth. All human beings, including philosophers, are called to live in and live out the truth."
___

Ironically, Western philosophy, the very antithesis of Trumpian bullshit, has helped create this crisis; first by narrowing the idea of truth to a notion of factual accuracy and then by questioning the importance of truth in this narrow sense. Parmenides, a pre-Socratic poet-philosopher, carved out the channels where the mainstreams of Western truth theory have flowed, leading to a de-historicized and depersonalized concept of truth, as Richard Campbell’s book Truth and Historicity shows. Parmenides aligned truth with being that does not change. For Parmenides, philosophy, as the love of wisdom, was a godlike search for what is “uncreated and indestructible,” what is “complete, immovable, and without end” (Poem of Parmenides, fragment 8). Because most people do not seek unchanging truth, Parmenides regarded them as swept up in what comes and goes, what, strictly speaking, amounts to nothing. They do not love wisdom but folly; they have opinions without knowledge; they embrace falsehood and the lie. Between these two paths—between a godlike search for immutable truth, and all-too-human ignorance amid changing appearances—Parmenides saw no bridge. Moreover, only the philosopher could follow the esoteric path of unchanging truth. Modern philosophy’s reduction of truth to factual accuracy still limps along this Parmenidean pathway.

The Jewish and Christian wisdom traditions, by contrast, turn such a conception of truth upside down. Affirming that everything is created good, and recognizing temporal change and interconnections as intrinsic to created goodness, they do not align truth with unchanging and self-sufficient being. Nor do they connect wisdom with knowing immutable truth. Instead, Judeo-Christian “truth” has to do with blessed faithfulness within relationships and amid change, and “wisdom” pertains to instruction for lives of loving God and neighbor. On this conception, truth is to be lived rather than merely asserted, and our assertions of truth need to belong to our living (the) truth. All human beings, including philosophers, are called to live in and live out the truth.

"We certainly should not let politicians, business leaders, or academic administrators get away with regularly dishing out what American philosopher Harry Frankfurt calls bullshit. Rather, we should dispute their duplicity, even as we call out those who ignore the evidence."
___

To resist the truth, by contrast, is to ignore or refuse what truth requires—to block blessed faithfulness. Such ignorance or refusal goes hand in hand with an embrace of that which is evil. Indeed, persistent and deep-seated falsehood feeds into what I call “the Lie.” The Lie is much more than a simple fib, much more than intentionally saying something inaccurate or incorrect in order to deceive. The Lie completely and deliberately twists all that is good in order to promote evil.

Yet to resist the Lie, one must also challenge factual falsehood. And that means refusing to give up a distinction between factual truth and factual untruth. It also means we hold everyone accountable to standards of accuracy and correctness. We certainly should not let politicians, business leaders, or academic administrators get away with regularly dishing out what American philosopher Harry Frankfurt calls bullshit. Rather, we should dispute their duplicity, even as we call out those who ignore the evidence, distort the facts, and deliberately lie; these are egregious offenses, and they unravel the fabric of a democratic society.

In addition to challenging factual untruth, however, to live the truth requires us to resist evil in all of its other manifestations. Here I distinguish evil for which each of us is individually responsible from evil for which we have collective responsibility. I am especially concerned about collective evil that has become so entrenched in our cultural practices and social institutions that we find it hard both to take responsibility for it and to resist it. I call such entrenched collective malevolence “societal evil.” A society’s ongoing destruction of the Earth, oppression of the poor, and hostility toward so-called aliens are prime examples of societal evil.

The call to live the truth requires us to resist societal evil. But it also requires us to recognize the limits to our own resistance. There are two limits. First, individual and organized efforts to resist societal evil can do only so much. Acknowledging this limit need not encourage passivity. Instead it should spark both focused creativity and long-range vision in our resistance. Second, viable resistance must embody the spirit of truth. This second limitation is crucial. Deeply entrenched societal evil has a pervasive direction: the direction of the Lie, of what completely and deliberately twists the good. Only in the spirit of truth can societal evil be truly resisted, for only as we cling to the good can we stand up to the Lie.

"Philosophy can also help us take the measure of societal evil by providing a critique of society as a whole. Such a critique is enormously difficult. Yet it is essential for wise resistance."
___

I’m not suggesting we should be naïve about the deep-seated violence we face. Yet, as Canadian singer-songwriter Bruce Cockburn recognizes on his 1980 album Humans, to be true, our resistance must not embody the spirit of what we resist, such that we become “grim travellers”:

We do not need grimness. Instead we need an articulate sense of the good we seek, as well as a spirited critique of the evil we resist.

Here true philosophy can help. On the one hand, it can help us sort out the diverse goods in our lives and spell out which ones matter most for society as a whole. I have in mind shared societal principles such as justice, resourcefulness, and solidarity that can guide not only the lives of individuals and communities but also the cultural practices and social institutions in which all of us participate. In a contemporary setting, such principles are what call for human faithfulness; when honored, they carry a promise of blessing.

On the other hand, philosophy can also help us take the measure of societal evil by providing a critique of society as a whole, what my book Religion, Truth, and Social Transformation calls an architectonic critique. Such a critique is enormously difficult. To a large extent, it has fallen out of philosophical fashion. Yet it is essential for wise resistance. We need to understand how the current organization of society both blocks and permits blessed faithfulness. We also need to detect the sore spots where suffering gathers and where social transformation can begin.

An architectonic critique would lose its point, however, if there were no hope for a better future—not what Terry Eagleton in Hope without Optimism calls “the banality of optimism,” but genuine hope—a theme quite foreign to the mainstreams of Western truth theory. Hope for a better future has ripple effects in the present, both in our seeking the good and in our resisting evil. Living in such hope, we can neither regard our current dealings and institutions as fully “in the truth” nor despair over the depth and power of societal evil. This implies, in turn, that contemporary philosophy needs to be more than a love of comprehensive wisdom that helps us sort out societal principles and articulates an architectonic critique. For philosophy’s love must be a hopeful love: it must remain open to a future whose surprises surpass philosophical comprehension.

Hence I describe truth in its broadest sense as a dynamic correlation between human fidelity to societal principles and a life-giving disclosure of society. In light of the Jewish and Christian wisdom traditions, I also insist that there is more to truth—more to blessed faithfulness—than our current fidelity and disclosure can achieve. And this “more” challenges the prevailing Western concept of truth as a static correspondence between assertions and facts. For there is always more to truth, more even to factual truth, than a static correspondence can capture. Hope for the future must be part of a comprehensive conception of truth, including factual truth. Although this seriously complicates any attempt to provide a theory of factual truth, such complications deserve philosophical attention. Otherwise, insofar as it reduces truth to factual accuracy and questions even that, philosophy will be complicit in the violence that thrives in a post-truth world.

This article is adapted from a longer address titled “Philosophy, Truth, and the Wisdom of Love,” given on May 12, 2017 to mark the author’s retirement from the philosophy faculties at the Institute for Christian Studies and the University of Toronto. A video and printed text can be found here . A more detailed discussion of the idea of truth occurs in Lambert Zuidervaart, Truth in Husserl, Heidegger, and the Frankfurt School: Critical Retrieval (Cambridge, MA: MIT Press, 2017).

Failing to plan, planning to fail 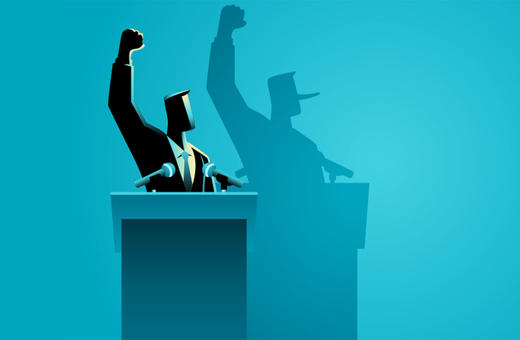 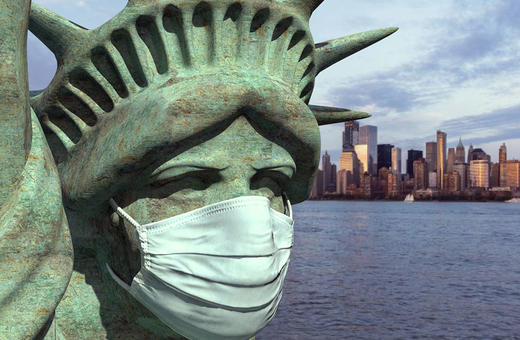 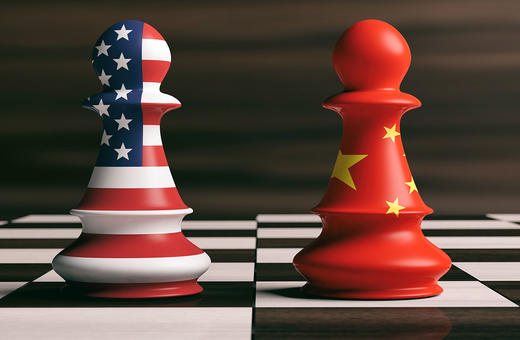 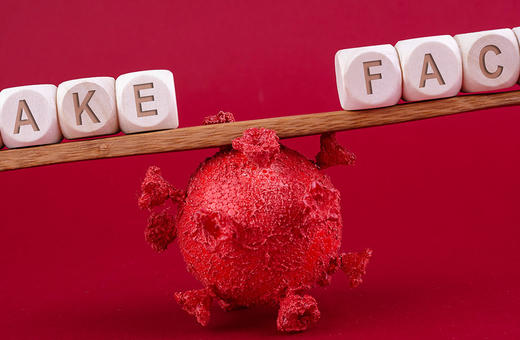 The Age of Surveillance Capitalism

The Case for Classical Liberalism

The dangers of statism

We need new words for the post-truth world: See definitions for Neo-terrorism and Neo-terrorist. https://www.linkedin.com/pulse/endneoterrorism-rise-up-banishaltright-dr-rick-botelho-md