The case against the work ethic.

Senior Lecturer in Philosophy of Law at NUI Galway. His research focuses on the ethical, legal and social implications of new technologies. He maintains a blog called Philosophical Disquisitions, and produces a podcast with the same title.

The pandemic brought about an unexpected side-effect: The Great Resignation. People have been quitting their jobs like never before. In the US, 4 million people quit their jobs in April and another 4.4 million in September. In the UK, nearly a quarter of employees are planning to leave their jobs in the next six months. People are realising that many jobs simply aren’t worth the effort. This isn’t new – it’s been a long time coming. There has been a gradual recognition that making work the centrepiece of our lives isn’t the path to wellbeing.  But there are no easy solutions short of questioning whether human progress and prosperity should rely on human labour, writes John Danaher. To help us understand where we go from here, we revisit one of our most read articles from 2018.

Do you like your job? Maybe you do, but I think you should reevaluate. At the very least, I think you should be uncomfortable with the fact that you live in a system that compels you to have a job, particularly if that job is neither necessary for your own well-being nor the well-being of others. Thanks to advances in robotics and AI, we may be close to building a society in which work, as we currently know it, is no longer necessary for either of these things. Far from being a cause for concern, this is something we should welcome. The work ethic is a cultural virus, something that has infected our minds and our institutions. We need to be inoculated.

Don’t get me wrong. It’s not that there is no place for determined effort, self-improvement and ambition in the well-lived life. Mastering skills, making a contribution to one’s society, and achieving goals are all key elements of the good life. They are also, as the philosophers Anca Gheaus and Lisa Herzog point out, things that are made possible through paid employment. But is the workplace really the best place to pursue such ends? I don’t think so. As currently constituted, it offers us a second-rate forum for their pursuit, one that requires us to bend to the will of the market and follow prescribed norms. Although there are many problems with the world of work, there are three aspects of it that I want to draw attention to here. Each of them supports the view that we should resist the ideology (i.e. the work ethic) that underlies the current system.

"Enough of this. We are being sold a myth. Internalising the work ethic is not the gateway to a better life; it is a trap."

The first is that the work ethic fosters a culture of perpetual disappointment. This is toxic and ultimately self-defeating. From an early age, we are told that the key markers of success in life are grit and the capacity to delay gratification. To get ahead in life we need to knuckle down, put in our 10,000 hours, and plan our future careers. We need to work hard at school, fill our spare time with extra-curricular good deeds, build this into an impressive college application, study hard for another 4 years or more, build up lots of debt in the process, get a low-paying temporary gig at a start-up, show-up and suck-up, work all the hours that we can, and then maybe, just maybe, it will all payoff. By our early thirties, we might win the job lottery and be able consider buying an overpriced house in a distant suburb. We might be able to consider settling down, and starting a family (though don’t get too complacent; you’ll have to work even harder to cover the childcare costs).

Enough of this. We are being sold a myth. Internalising the work ethic is not the gateway to a better life; it is a trap. There is undoubtedly some value to grit and hard work. A sense of achievement, and triumphing over the odds, can be satisfying. But moderation in all things. Forever delaying gratification to future is a surefire recipe for disappointment with the present. It’s like being in an arms race against yourself, constantly beating yourself up for failing to maximise your potential. This is, unfortunately, the script that many of us follow. Anyone employed in higher education (as I am) will be familiar with the toxic effects of this ideology. Academics are constantly pushed to do more — more publications, more citations, more events, more funding — and to measure their self-worth by maximising their metrics. Students are also being blocked from enjoying education for its own sake. They are trained to interpret it all through the lens of employability. How will this look on my CV? What can I do to get an edge in the job market?

"We could tolerate this hyper-competitiveness if it led somewhere positive — if at the end of it all the golden ticket of the perfect job awaited us. But...the reality of work, for most people, is far from ideal."

We could tolerate this hyper-competitiveness if it led somewhere positive — if at the end of it all the golden ticket of the perfect job awaited us. But that’s where we run into the second problem. The reality of work, for most people, is far from ideal. The polling company Gallup has been conducting State of the Global Workplace surveys for several years. These surveys are large, typically involving over 200,000 respondents from over 150 countries, and they assess how ‘engaged’ people are by their work. They do so by testing people’s responses to twelve statements, covering their sense of motivation, inclusion and purpose at work. In the 2017 iteration of the survey, Gallup reported that only 15% of workers globally were engaged at work, a very slight uptick from 2013 when it was 13%. Of course, the figures vary from country-to-country, but overall tendency is clearly negative. In no country does the engagement figure exceed 40%, and it is shockingly low in some regions: only 6% of workers in Asia and 10% of workers in Western Europe are engaged at work. This compares with just over 30% in the United States, which is ranked as one of most highly engaged workforces.

These figures underscore just how destructive the ideology of work can be. The modern system of work is one that encourages competitiveness, anxiety and jealousy: good jobs are difficult to come by and you have to work exceptionally hard just to make yourself employable. What is all this anxiety and competitiveness for? Not much seems to be the answer. The majority of people who find work don’t enjoy it. Other studies support this view. For example, climbing the ladder and earning more money does not seem to improve emotional, day-to-day experiences of well-being. There is, rather, a threshold of income where this reaches it peak, estimated to be approximately $75,000 in the US in 2010, but varying depending on the cost of living. This is not to say that all the work that gets done in the economy contributes nothing. Increases in national income and productivity do correlate with increases in self-reported levels of happiness and life satisfaction and innovation and productivity obviously help in the distribution of important goods and services (e.g. food, healthcare). But the critical question is whether humans should be the ones doing all the work? My answer is that we shouldn’t, not if it doesn’t make us happy and not if the machines could do the majority of it.

"Doubling down on the work ethic in an era in which an increasing number of work tasks can be automated is likely to make things worse for future generations."

And that brings me to the final aspect of work to which I wish to draw attention. Doubling down on the work ethic in an era in which an increasing number of work tasks can be automated is likely to make things worse for future generations.  More and better education is often touted as the solution to rising automation. Young people must be equipped with the cognitive and manual dexterity they need to outpace the machines. Higher education, in particular, is thought to be the key to this, with studies frequently showing that those who attend university earn a significant wage premium over the course of their lifetimes (whether this is due to students actually learning valuable skills, or simply because of a signaling effect, is a debate for another day — what matters here is what people are encouraged to do, not what ultimately happens to them).

There is, however, a catch. Attending university is not cheap. Even if the tuition fees are low or free (or their payment is delayed through some conditional loan agreement) there is still considerable expense associated with accommodation, food, resources and so on. Many students are required to work part-time jobs to get by. The problem is that the kinds of jobs they often work in — customer services, food service and other forms of low-skilled labour — are now becoming increasingly susceptible to automation (and increasingly unpleasant due to the rise of precarious employment platforms). This lays the foundations for a potential ‘cycle of immiseration’: machines increasingly substitute for young unskilled labour, which limits the ability of young people to invest in their own skill acquisition (education) and physical capital (housing etc.). This means they face a double disadvantage: increased susceptibility to automation and decreased capacity to upskill and uplift themselves. This could have a significant impact on intergenerational equity. Future generations will become relatively poorer compared to past generations, and our capacity to renew our societies in the face of technologically-induced displacement will be curtailed.

This needs to be stopped. The economic progress of the past 200 years has brought many unquestioned benefits. But we should question whether compelling humans to work is essential to the continuation of that progress. 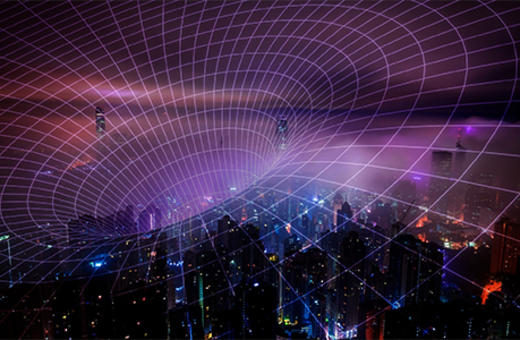 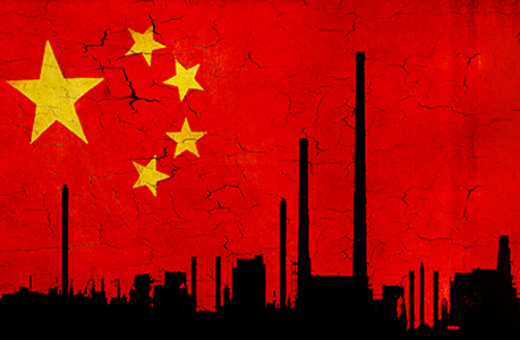 The challenge of China

I think we get too tired of working in one place, that's why we need changes in life.