Why a world without borders is essential to the future of humanity.

| Political Theorist at the London School of Economics, best known for his work on multiculturalism, liberalism and justice.
1,314 words
Read time: approx. 7 mins

Over the past century, many human freedoms have expanded. But even as people living under the tyrannies of the communist world or the alien rule of colonialism have secured a greater measure of liberty, one freedom has been noticeably diminished. The freedom in question is freedom of movement.

It would be an exaggeration to say that it is now entirely lost. Indeed some – particularly the richest among us – may even have enhanced their ability to travel, and today enjoy a greater opportunity to settle wherever they choose. But for most people that freedom is much reduced. And for the poorest or most desperate it is almost gone – unless they choose to risk their lives and the pitiless justice of the law to cross borders of states they have no right to enter. We live in a world in which more people traverse borders than ever before – last year more than 360 million people entered the United States alone – but we also live in a world in which movement is more tightly controlled than at any time in human history. Even the European Union, which prides itself on its commitment to freedom of movement, guards its external boundaries with a ferocious vigilance that belies its philosophical principles.

This condition is the source of the most contentious and divisive question in modern times. The issue of immigration has the capacity to bring down government, provoke secession, and transform the ideological landscape in a way that cuts across normal divisions of party politics. The idea that we might return to a world of freer movement, let alone of open borders, is widely regarded as dangerously anarchistic by its enemies and wildly utopian by most of its friends.

There is a little truth in each of these charges. But only a little. What I’d like to suggest is that to return to a world of more open borders is indeed to invite in a little anarchy – but to a desirable rather than a dangerous degree. And while the prospect of opening up borders might be utopian, it is plausibly utopian. The wild and dangerous path we have more reason to fear is not the return to greater freedom of movement but the move toward greater and greater social control, which threatens much more of our freedom than we realise.

Would the opening up of borders invite anarchy? Yes, to a certain degree, but not for reasons one might think. Anarchy prevails when rulers and their instruments of control are absent. In many areas of life, control is negligible or even entirely absent. Travel within cities and within most countries is entirely unregulated to the extent that anyone is at liberty to choose a destination and set out to reach it without seeking permission. One’s choice of companion to share that journey is also unregulated, and in societies in which sumptuary laws no longer obtain, the form of dress one adopts is the province of no one’s authority but one’s own. In so much of what we do, no official permission is required. And if we are to live freely this is surely the way it must be: there has to be a little anarchy if we are to enjoy a little freedom.

Now the obvious objection at this point is that this could have nothing to do with immigration control, whose purpose is to protect the freedom and the general welfare of the people within state borders by restricting the freedom of people without. But the objection is too quick. The purpose of immigration control is not simply to prevent border crossings, though denying some people the right to enter at all is a part of its point. Immigration control is primarily about limiting what people can do once they have crossed the border to enter the country. It is about ensuring that they do not take paid – or indeed, unpaid – employment, or enroll in schools and universities, or buy or rent houses, or set up businesses, or stay too long. It is about controlling what outsiders do once inside.

The problem, however, is that citizens and residents are not entirely helpful in this regard. For they are inclined to give outsiders work, or admit them to college, or rent them houses, or trade or marry or befriend or simply assist them in some way. Our everyday lives are anarchic to a degree. We go about most of our business without a thought for what authorisation is needed, and usually no such authorisation is required at all. But if the control of immigration requires the control of what outsiders do inside the country, then it also requires the control—the regulation, monitoring, and if necessary, punishment—of citizens who associate with outsiders in ways unauthorised or expressly forbidden. It requires a diminution of the anarchy of everyday life.

Some of the ways in which the lives of citizens must be controlled are obvious. If the employment of outsiders must be restricted, then employers have to be regulated and monitored. If renting to outsiders must be restricted, landlords must be monitored—and punished if, for example, they fail to check the visa status of their tenants. If admitting overseas students must be limited, schools and universities must monitor the status and movement of their faculty and students and report to the authorities—or face the loss of the right to enroll or hire. But the control of the citizenry goes deeper.

In Britain, because it is illegal for people from outside the EU to work unauthorised, it is not unusual for the authorities to deport visitors who are found to be working because they have admitted to babysitting their British grandchildren while visiting. The relatives of British (and American) citizens are routinely refused visas because they have confessed (in their applications) that they intended to help their sons or daughters with their newborn babies—presumably thereby depriving some other citizen of the opportunity to gain employment as a nanny. In Denmark, it is now a criminal offence to assist a refugee by, say, giving him or her a lift—for that constitutes a form of trafficking—and the country’s High Court has recently rejected an appeal against the prosecution of a Danish couple who were fined for helping a refugee who was in distress and needed a ride.

Though many who support freedom of movement recognise this concern, they also wonder whether this is simply the way of the world. That the idea of a world of open borders is nothing but a chimera. Yet it is perhaps not as wildly utopian an idea as they imagine. We have lived in a world in which movement across borders was much less limited, in which everyday life was much less regulated, in which political authorities had much less cause or right to poke their noses into our homes or workplaces. And we have experience of social transformations that have increased rather than diminished freedoms, from the simple removal of exchange controls to the more dramatic collapse of communism. A world of open borders—of the free movement of people—may not be something that can be brought about overnight, or even over the course of a decade. But the recovery of some of our freedoms surely must start from a move in that direction.

The truly utopian idea—though dystopian might be the more appropriate term—is the thought that, somehow, granting our rulers the right to control us is the surest way to protect a free way of life. 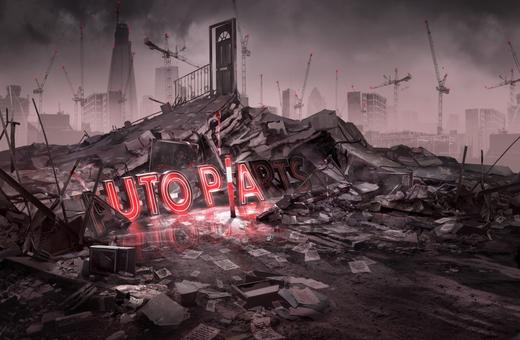 He’s not arguing for an overnight overhaul. He’s thinking about a long-term change that begins with recognising the impact borders have on our basic freedoms – something no one really thinks about.

The idea of a borderless world is totally incoherent. Yes we limit ourselves in creating boundaries but despite what Kukathas says this is clearly a valuable trade-off. Rule of law just couldn’t function without states. And like most proponents of a world without borders he offers no specifics as to how to deal with the consequences, only vague hopes. Compared to this kind of utopian thinking Trump’s wall makes more sense.