Asia in space: a recent history

| Senior Fellow in the Institute for Defence Studies and Analyses and heads its Centre on Strategic Technologies
1,237 words
Read time: approx. 6 mins

Sailors have been using the stars to navigate the high seas for centuries. Actual space exploration, however, does not have a very long history. It began with the launch of the first satellite, Sputnik, on 4 October 1957 by the Soviet Union. During the last five or six decades humanity has made a significant amount of progress in the domain of space. There has been a constant human presence in outer space since 2000 with astronauts staying aboard the International Space station (ISS) in the low-Earth orbit.

Since the 1970s, various Asian states have also started investing in space. States like Japan, China and India have made good progress with various conventional and innovative programmes. These states have definitely had the advantage of late starters. In the recent past particularly, in the Middle East region, states like Israel and Iran have made investments in space technologies essentially for strategic purposes.

China and India became space-faring states during 1970 and 1980 respectively, when they launched their satellites using their natively developed satellite vehicles. These states both have well established computations, remote sensing (earth observation), meteorological and navigational programmes. From a capacity and capability perspective, it’s perhaps safe to say that China’s space programme is much bigger in nature and more advanced than India’s. At the same time, it is important to note that India’s space programme has been designed to cater to their own specific requirements.

A case in point is the navigational programmes of both the states. China is developing (and has almost completed) a global navigational system while India has developed only a regional navigational system, which suits its own interests. China has more capable satellite launch vehicles in comparison to India, and has a well-established human spaceflight programme in which their astronauts (taikonauts) undertake space-walks. They have also successfully tested the prototype for a proposed space station, which is expected to be operational in the near future. India is yet to make a beginning in this field.

In the deep space arena, both India and China have successful Moon programmes. India is yet to achieve a successful robotic landing (lander-rover system) on the Moon’s surface, but has an operational satellite in the vicinity of Mars however, while China was unsuccessful its first mission to Mars. Both states have invested in space science, placing multiple satellite systems in orbit. For example, India has launched an astrosat with a space observatory.

India and China are utilising space technologies to significantly drive socioeconomic development and to meet their own foreign policy objectives.

In the strategic spheres, both China and India have demonstrated their ASAT (anti-satellite) capabilities. Nevertheless, China has undertaken space launches and experiments, indirectly demonstrating their efforts towards to developing counter-space technologies

At a commercial level, both India and China understand there is a good market for various space technology products. They are keen to establish themselves as globally important players in the satellite launch market. It appears their main focus is more towards getting into the sectors involving launches of mini, micro and nano satellites. They are already using their existing launch capabilities to undertake various launches for their customers. But, more importantly, they are developing small satellite launch vehicles exclusively for undertaking commercial launches.

India has already established itself in this field by undertaking more than 250 launches for various international customers. At present, India offers cost-effective and reliable options for the launch of such satellites, attracting various customers including the US and a few European states.

China has been encouraging the development of a private space industry since 2014. They have more than 100 start-ups which are spear-heading their privatisation agenda. iSpace has already become the first Chinese private firm to achieve orbit. China’s private industry is expected to be in a position to offer commercial launch facilities in the near future. India is likewise in the process of creating an ecosystem for private space industry.

Both India and China are nuclear weapon states and have developed a wide range of missile technologies. However, their investments in space cannot be viewed only from a narrow strategic perspective. They are utilising space technologies to significantly drive socioeconomic development, using space as a medium not only for development and economics, but also to meet some of their own foreign policy objectives, like providing data or technology assistance to various smaller states. Both India and China are jointly developing satellites under the BRICS architecture – the association of five major economic powers: Brazil, Russia, India, China and South Africa. China is depending on their navigational system to help link many parts of the world with the Belt and Road Initiative (BRI), a long term aspiration for the eastern superpower.

Iran’s nuclear weapons ambitions are well-known. However, their nuclear weapons development programme is arguably dormant at present due to ongoing global pressure. Israel is known to have nuclear weapons, though the state has not yet officially acknowledged its nuclear forces and maintains a policy of deliberate ambiguity. Israel and Iran became space-faring nations during 1988 and 2009 respectively. In comparison with other Asian states, like China or India, these programmes are smaller in nature (particularly Iran’s).

In the future, Asia is bound to emerge as a major hub for space science, technology and innovation.

The relationship between missile technology and space technology is obvious. Iranian efforts to advance its space programme are generally viewed as a case of using a civil space programme to clandestinely manufacture longer-range missiles, and to indirectly demonstrate their missile capability. But Iran’s progress since 2009 shows the country’s intention to develop its space programme is more than a case of showcasing their missile capabilities. They are undertaking various developmental projects as a part of their space agenda as they look to reap the numerous rewards of space technology in state development.

Israel’s programme includes multiple satellites, space telescopes, and microsatellites. This state has a very small geographical extent and owing to various geopolitical and geographical concerns, Israel has limitations in undertaking satellite launches. It can launch satellites only westwards, over the Mediterranean. A signiﬁcant amount of energy is lost in westward launches (eastward launch — in the direction of the rotation of the earth is always the best option) which forces the launcher-state to make fuel and weight compromises. This automatically limits Israel’s forays into space. On occasions they have asked India to launch satellites for them. Instead, Israel’s main focus is on launching spy satellites, in keeping with their strategic compulsions. This also limits Israel from entering into the satellite launch business.

Israel is known for its technological pre-eminence. The state has a major aerospace industrial setup. They have various global clients who depend on them for military equipment and technological know-how. States like India have purchased Israeli satellites. Their expertise in sensor technologies like the development of satellites with SAR (Synthetic-aperture radar) is well-known. For many smaller states around the world, Israel offers an attractive business option when it comes to satellite manufacturing.

Over the years, several Asian states have gained significant importance in global affairs. The 21st century is sometimes described as the “Asian century,” and  key Asian states are looking for opportunities to enter into the global space business. Currently, they do not control much of the global space market but are showing great potential for the future. At the same time, these Asian states are looking at space as an instrument to improve their strategic power. In the future, Asia is bound to emerge as a major hub for space science, technology and innovation. 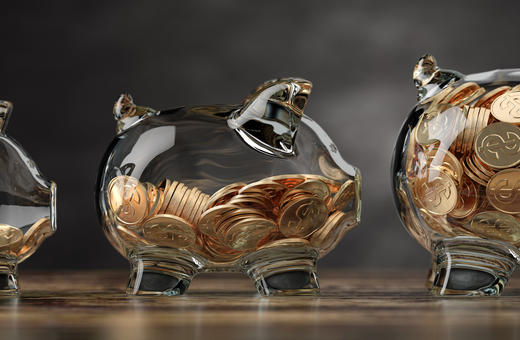