The self is not in the brain, or the mind

David Hume famously argued that when he went looking for the self by introspecting his own first-person experience he was unable to find it. More recently Kai Vogeley and I argued that neuroscientists have a similar problem.

When they go looking for the self, using advanced imaging technology, they find the self both everywhere and nowhere in the brain. That is, so many areas of the brain activate under different conditions involving self-reference or self-related tasks that no one area can be defined as self specific.

Some theorists point to the default network which activates as a resting state when we are not focused on some task in the world, but rather may be self-ruminating. In fact, however, numerous experiments have shown that the default network, overlapping with cortical midline structures, which already covers a quite large set of brain regions, activates for self-other differentiation, which means it involves others and not just self. These areas are involved in social cognition (theory of mind) tasks when we attempt to understand the actions and minds of others. They may also be involved in various kinds of reflective judgment tasks.

When we explicitly go looking for the self we adopt a reflective attitude toward ourselves, or we take the self to be a kind of object to be discovered.

I think there are two important issues that both Hume and the neuroscientists need to wrestle with. The first is that when we explicitly go looking for the self we adopt a reflective attitude toward ourselves, or we take the self to be a kind of object to be discovered. This is clear from Hume’s introspective exercise: he looks for what we typically consider the self to be – something self-same or identical over time in the flowing change of experience. He doesn’t find it.

Leading philosophers at HowTheLightGetsIn Global Read more  Nonetheless, he doesn’t doubt that he is looking into his own flowing experience (rather than yours), and he is not puzzled about who is doing the reflecting. Likewise, in the majority of neuroscientific studies the experiments are set up to test the subject’s ability to recognize, for example, their own photo compared to the photos of others, or their own actions compared to the actions of others. In such cases we are being set up to look at ourselves from the outside (as a perceived image), so to speak, rather than grasping ourselves as the perceiving agents. Even when we are looking ‘inside’ (introspectively) we expect to find some kind of stable object that we can identify as our ‘self’. What we miss in such projects is what phenomenologists call pre-reflective self-awareness.

Consider a case in which I am trying to decide whether to go to an art museum. In my considerations I think about the paintings in the museum, and I think about what I read yesterday about the museum’s funding problems. In thinking these thoughts I am not thinking or reflecting about myself. Nonetheless, as I think, I have some basic background sense that these are my thoughts, that I am the one thinking (a sense that can be disturbed or go missing in some symptoms of schizophrenia).

In the same way, when I start walking towards the museum, I don’t explicitly think about putting one foot in front of the other, but I do have an implicit (proprioceptive or what the psychologist James Gibson called an ‘ecological’) awareness that I am the one walking, even as I focus on negotiating the street to be crossed or the puddle to be avoided. This pre- (or non-) reflective self-awareness operates as a kind of anchor that helps to structure my experience as mine, in such a way that it is difficult (or impossible, according to Wittgenstein) that I could be wrong about who it is having the experience. Just as it was impossible for Hume to introspect someone else’s experience, so, when I see a puddle, it is also impossible to sensibly ask, ‘Someone is seeing the puddle, but is it I?’ I could be wrong about it being a puddle; I could be wrong about seeing it (perhaps I’m simply imagining it), but it is not likely I could be wrong about it being my experience.

Joanna Kavenna, Ed Stafford and David Chalmers ask who does the searching when we go in search of the self

Additionally, it is difficult to operationalize pre-reflective self-awareness so as to determine where it is located in the brain. That’s because everything I consciously do (or perceive, or think) involves this implicit sense of it being me who is doing it. Even when I explicitly reflect on myself (a full-blown self-consciousness), I have a pre-reflective awareness that I am the one reflecting. This pre-reflective self-awareness is un-attended, recessive and minimal compared to those things to which my consciousness is usually attending. For that reason it is sometimes called the minimal self.

A second issue concerns what we think the self is supposed to be. As Hume puts it, he’s looking for something that has “perfect identity and simplicity” – something that continues “invariably the same, thro' the whole course of our lives; since self is suppos'd to exist after that manner.” Some philosophers have called this the soul, or a kind of mental substance; others, like Hume, some Buddhists, and some neurophilosophers, have said that this substance doesn’t exist, and so the self doesn’t exist. What all of them agree about is that it “is suppos'd to exist after that manner.” The self is supposed to be just one identical, simple thing; it should reduce to just one of these things. Those who think that it does exist, however, disagree about what the one thing is. Is it the minimal self, or something more complex? The narrative self, constructed in and by the stories we and others tell about ourselves? The social self which emerges in our relations with others? Is the self constituted by psychological identity? Or bodily identity? Or is it something more existential or affective? Or something that is nothing more than an illusion generated out of our neural circuits?

Everything I consciously do (or perceive, or think) involves this implicit sense of it being me who is doing it.

In contrast to this long continuing tradition of thinking of the self as just one thing, a few philosophers (like William James) and psychologists (like Ulrich Neisser) have suggested a non-reductionist alternative: that the self is more than just one thing. These pluralists about the self suggest that there are a number of selves (the social self, the psychological self, the narrative self) or that the self is complexly many things – embodied, social, psychological, cognitive, narratival, etc. I’ve suggested that the best way to think of this is to think of the self as a pattern of different processes, dynamically related to one another. These processes include those associated with bodily processes, including proprioception; and when these processes cross the threshold of consciousness, minimal, pre-reflective self-awareness; psychological, cognitive, and reflective processes, including memory, those processes associated with affect, and those that constitute our intersubjective (social) relations, our capacity to self-narrate, as well as all kinds of normative factors related to cultural practices. Feel free to add or subtract aspects that you think should be included in or excluded from the self-pattern. The important thing is that this is not simply a list of aspects. If we think of these self-relevant factors as processes that are dynamically related to one another, then we can think of them forming a dynamical gestalt, a complex pattern. And the self is what we call this pattern.

To understand the pattern as a dynamical gestalt means that the pattern itself is more than the sum of its parts, and that, as dynamical, if one intervenes on one part, above a certain threshold, it has an effect on the other parts, and on the whole. This has implications for how we think of psychiatric disorders and treatments. There is much more to say about such things, but let me finish by explaining how the idea that the self is really a self-pattern can explain two of the issues we have been looking at.

Rather than having a location, the self-pattern is distributed beyond the neural and cognitive domains.

First, it explains why when we go looking for the self in the brain it seems to be everywhere and nowhere in particular. If the self includes bodily, experiential, cognitive, affective, social, narratival, etc. aspects, dynamically connected in a gestalt fashion, then we should expect that any stimulus or intervention on the self-pattern will initiate brain activations that are more global than local. Second, it explains exactly why the self is not something we can locate introspectively or by advanced imaging technology. The self is not in the head, or in the brain. Rather than having a location, the self-pattern is distributed beyond the neural and cognitive domains insofar as it involves (or indeed is constituted by) bodily, affective, social-cultural, environmental, and normative processes, and these processes often loop back dynamically through our actions, interactions, and narratives.

One final methodological implication is worth mentioning. To study and understand something like a self-pattern one needs an interdisciplinary approach; not just phenomenologists, psychologists and neuroscientists, but also biologists, anthropologists, and social scientists who take wider perspectives on the effects of narrative, cultural practices and normative institutions.

Life, the universe, and everything else 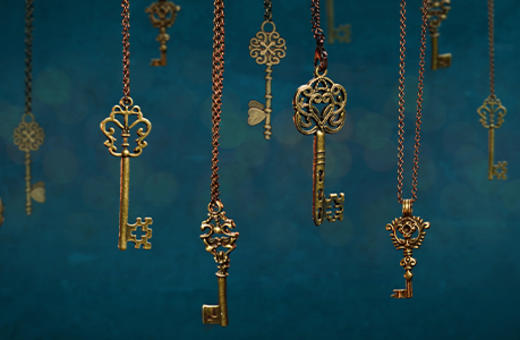 I have read your excellent post. This is a great job. I have enjoyed reading your post first time. I want to say thanks for this post. Thank you...
bookkeeping orlando

Hmm!! This blog is really cool, I’m so lucky that I have reached here and BUY REAL PASSPORT ONLINE UK got this awesome information.

Hmm!! This blog is really cool, I’m so lucky that BUY REAL PASSPORT ONLINE UK I have reached here and got this awesome information.

Hmm!! This blog is really cool, I’m so lucky that <a href="https://eudocsexpress.com/passport/">BUY REAL PASSPORT ONLINE UK</a> I have reached here and got this awesome information.

Nice post, may be visit here it is the amazing you have to look online free fortnite skins generator so connect the latest game here hope you like it very much this gaming way.