Gender as Identity vs Gender as Norms

Can both concepts exist side-by-side?

Earlier this year, the Institute of Art and Ideas invited scholars and activists to consider the question, How Can Philosophy Help Us Understand Transgender Experiences? Following the publication of this article, three of the authors withdrew their contributions and issued a statement of retraction outlining their reasons for doing so. In this third article, one of the original contributors Holly Lawford-Smith responds to arguments raised in the retraction with her own perspective on the debate around gender.

Radical and gender critical feminists think the best way to understand gender is as a set of harmful norms, which are applied to people on the basis of their sex. A female person, for example, is subjected to norms that tell her to take great care over her appearance, to be helpful, kind, caring, and warm. A male person is subjected to different norms, for example telling him to be strong, bold, clever, and stoic, to not care much about his appearance. What's key here is the subjection part: norms are applied to us by others, throughout our early childhood socialisation, both inside the family and in school and by peers and extended family members, and all the way through our lives. Some kinds of violations of the norms are tolerated; people are not generally too bothered about a kind boy. Other kinds of violations are policed: a boy likes to play with dolls, and his uncle berates him for being 'gay' or a 'sissy'; a girl is full of ideas for play and takes the lead with other kids, the parents of the other kids call her 'bossy' or 'too big for her boots'. Understanding gender as a set of harmful norms has a lot of explanatory power. It accounts for why particular male or female people are subject to bullying, social sanctioning, or victimisation—namely because they fail to conform to the norms applied to their sex. Feminists have for a long time preferred to understand gender in this way, and to advance the claim that those norms are pernicious and constraining. There's nothing that one has to be like simply because one is female, or because one is male, they say. Be whatever you want to be.

Recently, this view of gender, and this 'advice' dispensed to male and female people, has become contested. Some insist now that gender is not harmful norms but rather is identity. Gender-as-identity is the view that everyone has an internal, subjective sense of their own gender, and that this—rather than their sex—is what determines how they should be treated by other people, and by the law. In the state of Australia where I live, the parliament has just passed a law that replaces sex with gender identity on birth certificates, in a way that is likely to be authoritative for other parts of the law which deal with what was previously sex discrimination. So gender-as-harmful-norms is not only contested, but its contestation has had serious social uptake in some places.

You might think this is a reasonable disagreement. And if it is, there's a lot for both sides to discuss. Do we need both of these concepts? Does it make sense to get rid of the concept of gender as harmful norms while the norms are still in operation and harming people, in particular female people? Can both concepts exist side-by-side, or will the contestation have to be settled with only one victor? How exactly can the concept of a gender identity be made coherent? (See also this piece, where I say more on the topic of gender identity).

The other side, however, approach it as an unreasonable disagreement. For them, radical and gender critical feminist speech is hateful speech or harmful speech. Those who utter it are reprehensible humans and should be treated as such. Engaging with such speech only dignifies it, which makes engagement into a kind of complicity. People with this view will tend to block on social media rather than engage; and will tend to refuse to read what the other side has to say because they believe it to be beyond the pale. The inevitable result is mischaracterisation and straw-(wo)manning. If you don't read what a person has to say, you cannot be in a position to give an accurate reconstruction of it, let alone to be charitable to it, to 'steel-(wo)man' it (to make it into the strongest possible version of itself before responding to it).

There was an example of this clash of perspectives recently, with a retraction statement authored by several academics on the side of gender-as-identity. The Institute of Art and Ideas had asked academics and activists to contribute to a forum, giving 200-word answers to the question "How can philosophy change the way we understand the transgender experience and identity?" The forum featured contributions from Kathleen Stock, Julie Bindel, and myself, on the gender-as-harmful-norms side, and Robin Dembroff, Rebecca Kukla, and Susan Stryker, on the gender-as-identity side. As soon as they found out they were "co-platformed" alongside (which, note, merely means appearing on the same page as) us, Dembroff, Kukla, and Stryker called for their contributions to be withdrawn, and made statements on social media to this effect. In their co-authored statement they went a lot further, accusing the gender-as-harmful-norms side of speech acts that are "acts of violence", as well as comparing engagement with us to participation in conversation with holocaust deniers, white supremacists, and over the question of "whether corrective rape should be used to cure lesbianism".

If this is not hate speech, then it's something awfully close to it. Stock, Bindel, and I are all lesbians. The choice to use that example was obviously intended to target us with violent, lesbophobic, and degrading imagery; to put us in our place. Our conception of gender-as-harmful-norms helps to explain it: we have violated the gender norm "be accommodating of males" by refusing to accept the claim that when a male asserts that he is a woman, he is in fact a woman. We are being subject to misogynistic policing (in this case, even more disappointingly, by two female people) in the form of a reminder of what male people can do to female people who don't conform to the norms. This kind of policing is completely unacceptable in any context, and certainly in a disagreement between academics over what the right conception of gender is.

It's also completely unacceptable to appropriate other social groups' genuine and horrific suffering, including the genocide of the Jewish people, slavery and colonization of people of colour, and rape of lesbians, for political point-scoring against people who hold a philosophical position you don't like. In making the last move against lesbians, Dembroff, Kukla, and Stryker use speech that is more hateful than that they accuse us of using. Buried underneath the hyperbolic and incendiary rhetoric, there is a reasonable disagreement over what the correct conception of gender both is and should be. Kathleen, Julie, and I will continue to articulate our side of that disagreement in accordance with the norms of our respective professions. We look forward to Dembroff, Kukla, and Stryker doing the same in the future. If not, we request that they at least leave the rape talk out of it. 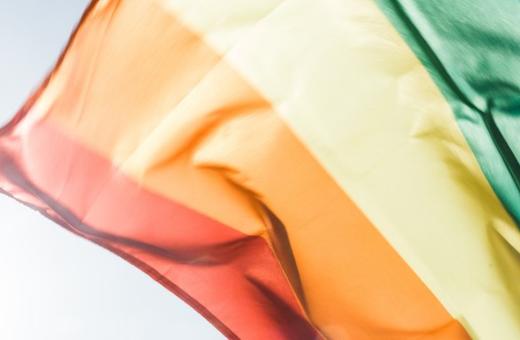 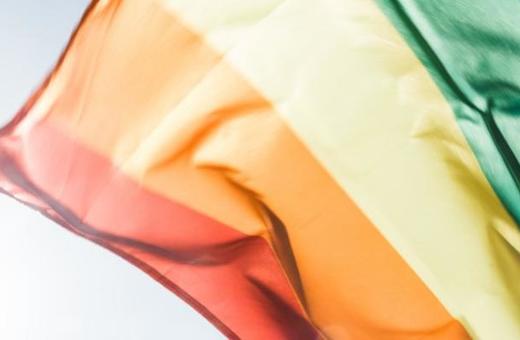 I have been watching this issue emerge with considerable dismay. Seeing that rational respectful discourse being pushed aside by those who only tolerate their or similar positions. Along with deplatforming, violent campus protests it seems that disagreement with the "proper" thoughts are being treated as heresy. As Orwell said "right thinking will be rewarded, wrong thinking will be punished", so it has come to be. Keep up the good fight, this old guy is on your corner.