Hannah Arendt On Why You Must Break Your Bubble

Withdrawal from politics is tempting but dangerous

In the current political climate of populism and xenophobia, it is tempting to simply close the door and withdraw from public affairs. Indeed, there is a pervading sense that there is no alternative to our polarised politics, neoliberal capitalism and corruption. Pleas for solidarity among nation-states seem to be easily overshadowed by resentment towards foreigners and nostalgia for lost national glory. And yet, it is precisely such retreat into the private realm that Hannah Arendt warned against during the 20th century. It is during moments of political crisis that individual potential for new beginnings matters most; it is in times of political division that we are faced with the task of cooperating and finding a way to share our fragile world.

Withdrawal from public affairs is more than a sign of cynical escapism and alienation; for Arendt, it denotes the situation of ‘worldlessness,’ whereby the sense of shared reality begins to disintegrate. Worldlessness is like a desert that dries up the space between people. By resigning ourselves to the belief that political engagement is futile, we remove ourselves from the world and from one another. As Arendt argues in Crises in the Republic (1972) and her posthumously published The Promise of Politics (1993), when we lose touch with the world, we experience a dangerous ‘remoteness from reality.’ Worldlessness, as the loss of a shared common space, typifies the post-truth age of alternative facts and conspiracy theories. In reducing the boundaries of the world to ourselves and our digital bubbles, we foreclose connections with a larger shared reality full of people with conflicting beliefs. By retreating to the inner citadel, we limit chances to find common ground with those holding different political opinions. Remoteness and withdrawal leads to tribalism and the inability to listen to the other person’s point of view. 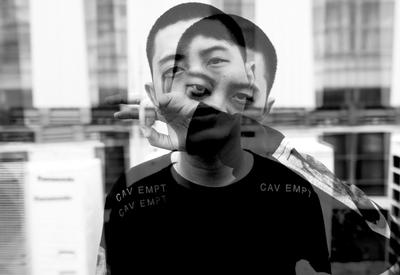 SUGGESTED READING The Lies That Bind Us By Kwame Anthony Appiah Politics is ontologically rooted in natality, which means that politics is not only concerned with conflict and death, but even more so, with birth, new beginnings and action. In contrast to her professor and lover, Martin Heidegger, who insisted on the pivotal importance of death, Arendt argues for the centrality of birth: ‘Since action is the political activity par excellence, natality, and not mortality, may be the central category of political, as distinguished from metaphysical thought.’ In The Human Condition (1958), she shifts the discussion of politics from the existential threat of friend versus foe to that of action, new beginnings, spontaneity and freedom. The fact that individuals are born into the world means that individual and generational change is possible. Influenced by St Augustine, she wrote that each person is a ‘beginner’ and an ‘initium’ with the capacity to learn from his or her mistakes. Arguing against the grain of philosophical retreat from the world of appearances, Arendt underscores the power that individuals have to act together for political change. Since action is rooted in the power to begin anew, the outcomes of new beginnings, while unpredictable, offer hope for a shared future.

"By resigning ourselves to the belief that political engagement is futile, we remove ourselves from the world and from one another."

The two most important examples of new beginnings are the faculties of promising and forgiving. In making a promise, we indicate our intention to act in the future with others. The ability to make a promise sets in motion unexpected events that lead to political foundation, covenants, legal obligations and social contracts. In forgiving someone, we have the possibility to undo actions in the past. If promises are future oriented, forgiveness looks backwards and tries to reverse actions for the sake of a shared new beginning. Forgiveness is not the same as forgetfulness or the erasure of past events. Rather, it frees one from revenge and from being ‘confined to one single deed,’ while promises bind us to fulfil future intentions. Both activities require other people and ‘depend on plurality, on the presence and acting of others.’ The ability to promise and forgive are necessary components for a good life, good governance and essential conditions for the transition from authoritarianism to democracy.

By juxtaposing natality to mortality, Arendt re-casts the emphasis from anxious finitude to spontaneity, plurality and freedom. Given her life as a stateless German-Jew during World War II and a refugee in the United States, her plea to love the world rather than run away from it, is not naïve. Rather, her insistence that freedom and spontaneity are located in our capacity for action and new beginnings was articulated through the eyes of historical experience. Arendt concludes The Origins of Totalitarianism (1951) by maintaining that people have the possibility to change brutal political regimes. ‘Beginning, before it becomes a historical event, is the supreme capacity of man; politically, it is identical to man’s freedom. “Initium ut esset homo creatus est – that a beginning be made man was created” said Augustine. This beginning is guaranteed by each new birth: it is indeed every man.’ With our increased ability for mass destruction in the 21st century, Arendt’s emphasis on the power of new beginnings and action have burning relevance today. Her plea to resist the private comfort of inaction and worldlessness compel us to engage more profoundly with the world and with one another.

A quality blog, I'm looking forward to your next blog

Enlightening. Beautiful elucidation of juxtaposition between work of Heidegger and her own pivotal contribution to twentieth century thought.