The pandemic is obscuring dangerous escalation

Senior Lecturer / Associate Professor in Asian Security at the School of International Relations, University of St Andrews.  His latest book The Authoritarian Century: China’s Rise and The Demise of the Liberal International Order will be published with Bristol University Press in September 2022.

Major global crises act as key events that change the ways in which we think and act.  For countries they present opportunities to forward interests and to gain advantage over others.  In the twenty-first century we have experienced a couple of such critical inflection points – the September 2001 terrorist attacks and the 2008 credit crunch – when the curve and trajectory of international politics was subsequently re-crafted by its most influential actors.  As then UK Prime Minister Tony Blair aptly noted in the aftermath of 9/11: “this is a moment to seize.  The kaleidoscope has been shaken.  The pieces are in flux.  Soon they will settle again.  Before they do, let us re-order this world around us”.

Despite its relatively novel status, we can already see evidence of countries using the crisis for domestic advantage.  In Hungary Victor Orbán passed open-ended emergency powers to allow him to rule by decree, silence the media and disempower democratic institutions.  In India, advocates of the ruling BJP have blamed the crisis on the country’s Muslim population, labelling it “corona jihad”, in order to further their right wing Hindu nationalist agenda.  In the UK, Boris Johnson’s Conservative government looks set to use Covid-19 to mask the expected economic fallout from pursuing a no-deal Brexit.  As the pandemic deepens, we can expect such domestic political obfuscation to only increase.

Despite its relatively novel status, we can already see evidence of countries using the crisis for domestic advantage.

More tellingly, the crisis provides major global opportunities.  Such opportunity seeking and opportunity taking is the qua sine non of the world’s great powers.  These countries are the ones whose economic, military and diplomatic clout give them the ability to shift the very parameters of international society.  Proactive, calculative and intentional in their actions, they seek to bend the world to their will in order to fulfill their aims and interests.  As the most seasoned of international actors, their state capacities are geared to take advantage of such blurry and unsettled times.  Their leaders know that crisis equals opportunity, that it can weaken competitors and shift global power balances.

Crucially too when compared with other events, this pandemic is a hyper crisis on a scale that the world has not experienced in generations.  As a generalised global threat that will not be over for many months – if not years – to come, it provides an extended zone of opportunity during which a proactive great power can attempt to craft the world in their own image.  Moreover, as an intrinsically inward-focused event, the coronavirus crisis also rapidly consumes domestic state capabilities, innately decreasing the diplomatic bandwidths of the worst affected countries, whereby internal affairs are privileged over external ones.  In most countries of the world, the psychological shock of Covid-19 is also producing highly traumatised populations who, along with a media distracted by rising infections and deaths, are often numbed if not oblivious to wider international events.

Initial forays by the great powers to use the pandemic to their advantage can be seen concerning their various efforts to control the narrative surrounding its origins.  Such efforts have been focused upon culpability in an attempt to blacken the reputation and image of rivals.  Thus, the current US administration has been consistently blaming China for the outbreak – calling it the “Wuhan virus”, the “Chinese virus” and even “kung flu”.  Leaders from the UK and from the European Union have also sought to indict Beijing.  Conversely, some Chinese officials have promoted a counter-narrative that the US army bought the virus to China and thus seeks to smear the US as the cause of the outbreak.  In other reports, Russia accuses the UK of being responsible for the coronavirus outbreak.

Many of these accusations also have a double use in that they are frequently deployed to deflect criticism away from how these countries have handled the crisis domestically.  Such criticism permeates the current response of the US, the UK, Russia and – to a lesser degree – China.  Importantly however, with much lower reported infection rates and deaths, and appearing to have the outbreak under relative control, Beijing is now in stronger position to actively flex its influence beyond the merely rhetorical.  This position especially contrasts with the US but also Russia and India who are all currently beset by exponentially growing cases and deaths, along with badly inadequate state responses.

As the most seasoned of international actors, their state capacities are geared to take advantage of such blurry and unsettled times.

In conjunction with its own domestic – especially nationalist – pressures, at this stage of the coronavirus crisis Beijing has been taking clear action to pursue its interests.  Some of these actions have been in the pursuit of enhancing its global image and its soft power capabilities, as China has sent medical aid, equipment and medics to several European, Middle Eastern and Asian states.  Beijing has further reportedly sent aid to the US, as has Russia.  Moscow has also sent aid to Italy and to Syria as part of its own geopolitical aims.  As an early victim of the crisis, China seeks to portray itself as a proactive partner that is able to provide solutions to the pandemic.  By sharing its domestic expertise and success with others on the global stage, China thus presents a responsible and positive image.

Beijing actions have however also extended to the hard power dimension of international affairs.  Such actions have so far been most apparent in its periphery concerning the consolidation of its territory, and include increasing its repression of Hong Kong by using the pandemic as a cover to impose sweeping anti-sedition laws and arrest opposition leaders.  In mid-June, Chinese and Indian troops fought in the contested Ladakh area of Kashmir, which led to the deaths of 20 Indian personnel.  After the deadly clash, China’s Foreign Minister warned India to not underestimate “China’s firm will to safeguard territorial sovereignty”.  It is not inconceivable that such forceful actions will be deployed to protect other Chinese interests, say in the South China Sea or in South East Asia, with the ongoing fog of the pandemic helping to camouflage them from overt global attention.

It is not inconceivable that such forceful actions will be deployed to protect other Chinese interests with the ongoing fog of the pandemic helping to camouflage them from overt global attention.

As the pandemic continues – and with ever-higher stakes in terms of global leadership, and determining the very contours of the prevailing world order – we can envisage the great powers to continue to use the crisis to explicitly further their competing foreign and domestic interests.  China, Russia and others can be expected to be at the forefront of such opportunity-taking, as they use the destabilising and debilitating impact of Covid-19 to pursue their interests with small, major and great power countries alike.  The shelter of the pandemic could be used as a reason to facilitate border closures, the cutting of trade, the isolation of leaders and peoples, and the augmentation of authoritarian surveillance.  With global media bodies being restricted in their activities, and preoccupied with the spread of the pandemic and the search for a vaccine, such actions will be less scrutinised.

Notably, the US currently appears to be less willing and less capable to pursue such an agenda, with President Trump mostly focusing his political efforts in the crisis to gain re-election in November.  Such an absence – itself heightened by the huge reduction in traditional face-to-face diplomacy – will provide a growing diplomatic void in which other great powers will be able to act with greater impunity, if they so wish.  This lack of leadership, and a receding global presence at such a critical historical juncture, has the potential to accelerate contemporary trends in international affairs from a much hyped impending Cold War II to a new Asia-centric and perhaps China-dominated world order.  As the pandemic persists, it signals an era of unprecedented opportunity and upheaval that will re-imagine the very nature of global politics for the years and decades to come. 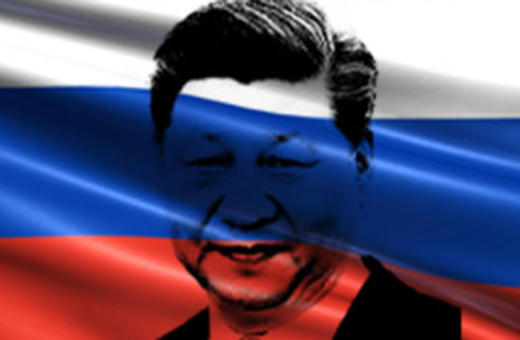 Xi's views on Russia have not soured

Forests, hypocrisy and the West 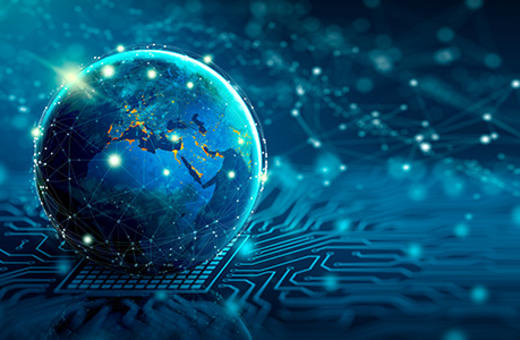