What Can We Do About Collective Narcissism?

Gratitude transforms collective narcissism into positive pride in a group

One way of explaining the current surge of populism is to look into how collective narcissism – the belief that one’s own group is exceptional and entitled to privileged treatment – appears and manifests.

Collective narcissists usually resent others for not appreciating their group enough. They idealise their own group and ask for special recognition from others for their own group’s past glory, incomparable morality, cultural sophistication, economic or military might, God’s love, or even the group’s exceptional suffering and martyrdom. Whatever reason they claim for privilege, collective narcissists always fear and depreciate other groups.

In its research, the PrejudiceLab at Goldsmiths University  linked collective narcissism to adopting an antagonistic stance in intergroup conflicts, intergroup hostility and prejudice against minorities. For example, two studies I worked on showed that the Brexit campaign rhetoric in the UK appealed to a sense of national collective narcissism, by rejecting immigrants and perceiving them as a threat to British economic superiority and the British way of life. In Poland, national collective narcissism is associated with homophobia because gay men are perceived as a threat to national values, and gay women are seen as a threat to national survival. Collective narcissism is also related to denying necessary help to those who need it because they are construed as ‘alien’ and a threat. An obvious instance of this was groups of Europeans’ rejection of Syrian refugees because of their perception that they might be dangerous.

Why are collective narcissists so distrustful and hostile? Partly, because they have a high concern for values that bind people together in cohesive groups: loyalty to the group, respect for its hierarchy and authorities, and purity of its binding ideology. Partly, and more frighteningly, collective narcissists have a low concern for the moral principle of avoiding hurting other living beings capable of suffering. In other words, collective narcissists accept harming individuals for the sake of the group. They exaggerate the threat posed to their group by others, see insult to their group when it is not meant, think that other groups conspire against them and believe in their right to take hostile revenge. Our research suggests that this hostility and resentment may be manifestations of their general tendency to experience and express negative emotions, which may, in turn, be rooted in sensory processing sensitivity – a genetically determined elevated responsiveness to negative environmental stimuli, including an exaggerated experience of pain. So, genetically determined emotional negativity seems to predispose people to sway towards collective narcissism.

"An increase in collective narcissism does not improve self-esteem"

In addition to negative emotionality, perhaps ironically, collective narcissists often experience a low sense of meaningful connection with others and a lack of self-transcendent emotions, such as gratitude or compassion – positive affective states that bind people together and link them to something larger than their individual selves. 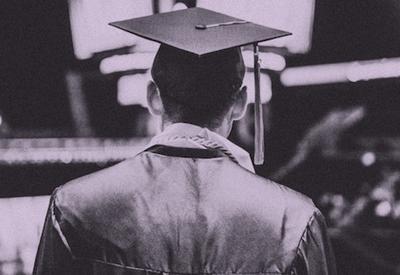 Interventions to reduce collective narcissism should instead emphasise its overlap with an alternative way of favouring the group – taking pride and finding joy in a community and acting towards bettering it. These feelings can further generate both high self-esteem and tolerance towards other groups. The transformation can bring the psychological benefits of positive social identity: feeling socially connected, happy and content.

Although emotionality is a relatively stable way of relating to the outside world, sustainable change is possible. Positive emotionality not only signals, but also produces well-being, following the logic of an upward going spiral. Positive emotions produce more positive emotions and create resilience during hardship and adversity. Among these, self-transcendent emotions are most transformational because they refine the physiological and neural mechanisms of emotional regulation.

In the PrejudiceLab’s research, we found that experiencing gratitude reduces the prejudice and negative emotions associated with collective narcissism. After 10 minute-long audio-guided mindful gratitude meditation sessions, the Polish collective narcissists we worked with were twice less likely to hold negative attitudes towards Jews, compared to the control condition or those engaged in mindfulness exercises that did not focus on nurturing gratitude.

I am currently examining the role of kama muta – the feeling of oneness with another person or entity. Experiencing kama muta often manifests as a ‘heart-warming’ sensation, involving goose bumps, or feeling choked up by emotion, tearful with joy, and uplifted. It’s the emotion we experience when we see expressions of love or gratitude but also when we look at children or animals we find ‘cute’. So far, the studies I’ve been working on showed that after momentary induction of kama muta the collective narcissists who perceived refugees as threatening became less hostile to them. We are yet to understand why exactly experiencing self-transcendent emotions, even only momentarily, decreases collective narcissistic hostility. But a more systematic exposure to such emotions is likely to reduce collective narcissism.

Meritocracy is a concept that’s been around since ancient times. It has been used to describe the idea that only people of extraordinary talent and ability are worthy of government support. So must visit this https://www.bestessays.com/admission_essay.php site to purchase writing services for your help. In the modern world, meritocracy is actually a good thing. We live in a time when there’s an increasing awareness of the importance of meritocracy.

This sounds too good to be true. I'd love to see more systematic experiments to be fully convinced it works... And if there is conclusive evidence for this, we should have government funded projects in schools and community centres that do gratitude focused meditations and activities.