The unexpected origin of matter

The external world is constituted by transpersonal experiential states

| Executive director of Essentia Foundation. His work has been leading the modern renaissance of metaphysical idealism. He is the author of, among other books, Why Materialism is Baloney.
1,200 words
Read time: approx. 6 mins

There is no heroic challenge to be faced here, merely an embarrassing sign that our most basic assumptions about the nature of reality are dead wrong.

The hard problem of consciousness is not a problem that needs to be solved, for it doesn’t exist in any objective sense. It is merely an internal contradiction of the reasoning behind metaphysical materialism, a conceptual short-circuit that arises as we logically work out the implications of the materialist conception of matter. There is no heroic challenge to be faced here, merely an embarrassing sign that our most basic assumptions about the nature of reality are dead wrong.

Like the rest of us, metaphysical materialists start from the contents of their own consciousness, such as perceptual experiences. All they are ever directly acquainted with are the colours, flavours and tones they perceive. But in order to explain why the external world we inhabit doesn’t comply with our inner wishes and fantasies, materialists consciously postulate that the world is constituted by a medium outside and independent of consciousness—namely, matter. As such, matter is a tentative explanatory abstraction, a conceptual creation of reasoning consciousness. We can never become directly acquainted with matter, for all we ever know about the world are our conscious perceptions.

Having conjured up matter, materialists then posit that their consciousness—where matter is conceived to begin with—must be reducible to matter; that is, to one of consciousness’s own abstractions. This is a contradiction in terms, specifically because of how materialists define matter.

Indeed, under mainstream materialism matter is defined in purely quantitative terms: measurable values of mass, electric charge, momentum, position, frequency, amplitude, etc. Once these numerical values are determined—be it through direct measurement or inference—they ostensibly say everything there is to be said about matter; nothing else is left. There is nothing about matter that isn’t captured by a list of numbers. Hence, under materialism matter—by definition—has only quantitative properties.

Quantities are useful in describing relative differences between qualities already known experientially, but they completely miss the qualities themselves.

Where does this idea of using quantities to define the world come from? It’s not difficult to see: quantities are very useful to describe the relative differences of the contents of perception. For instance, the relative difference between red and blue can be compactly described by frequency values: blue has a higher frequency than red, so we can quantify the visual difference between the two colours by subtracting one frequency from the other. But frequency numbers cannot absolutely describe a colour: if you tell a congenitally blind person that red is an electromagnetic field vibration of about 430 THz, the person will still have no idea of what it feels like to see red. Quantities are useful in describing relative differences between qualities already known experientially, but they completely miss the qualities themselves.

And here is where materialism incurs its first fatal error: it replaces the qualitative world of colours, tones and flavours—the only external world we are directly acquainted with—with a purely quantitative description that structurally fails to capture any quality whatsoever. It mistakes the usefulness of quantities in determining relative differences between qualities for—absurdly—something that can replace the qualities themselves.

Next, materialism attempts to deduce the contents of consciousness from the matter in our brain. In other words, it tries to recover the qualities of experience from mere quantities that, by deliberate definition, leave out everything that has anything to do with qualities in the first place. The self-defeating nature of this manoeuvre is glaringly obvious once one actually understands the magic mainstream materialism is trying to perform. This is precisely why the hard problem isn’t just hard, but impossible by construction. Yet, instead of realising this, we get lost in conceptual confusion and hope to, one day, heroically prevail against the hard problem. It would be an inspiring story of human resolve if it weren’t so embarrassingly silly.

If matter is a self-defeating concept, how can we explain the fact that we all seem to inhabit a common external world, whose dynamisms are clearly independent of our own conscious inner life?

“But what is the alternative?” I hear you ask. If matter is a self-defeating concept, how can we explain the fact that we all seem to inhabit a common external world, whose dynamisms are clearly independent of our own conscious inner life?

‘Matter’ is merely the extrinsic appearance—the image—of inner experience; there’s nothing more to it.

This hypothesis completely circumvents the hard problem, for it doesn’t require reducing qualities to mere quantities; it only requires reducing certain qualities to other qualities: the colours, tones and flavours that appear on our screen of perception are modulated by endogenous experiential states—such as instinctive thoughts and feelings—underlying the inanimate universe around us. This modulation between different types of qualities happens every day in our own consciousness: our thoughts routinely modulate our emotions, and vice-versa, although thoughts and emotions are qualitatively very different.

I am keenly aware that what I am suggesting above raises many questions, but it is impossible to answer them in a short essay such as this. Indeed, I’ve spent over a decade trying to give these questions a proper treatment, which required the many books and articles in my body of work. Here, beyond making clear that the hard problem is merely an internal contradiction of a bankrupt system of thought, I just wanted to hint at how it can be circumvented if one… well, thinks straight. 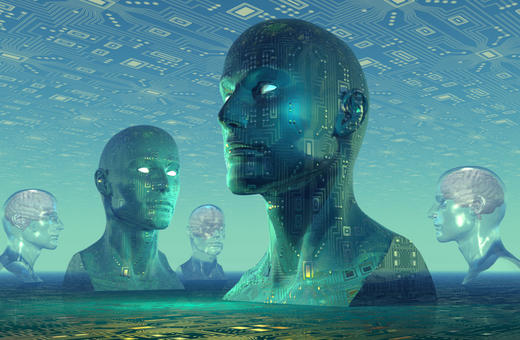 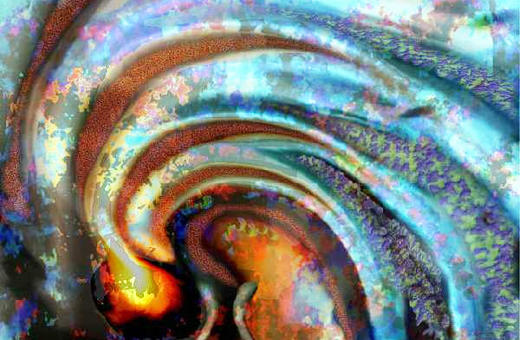 The Evolution of Consciousness