Ghostpoet on the meaning of success.

Here he speaks to the IAI about strange song titles, the trouble with studios, and why simplicity is the most important thing in life.

The theme for HowTheLightGetsIn 2016 was ‘The Known the Strange and the New’. We were looking at phenomena or ideas that elude our current explanations or defy our expectations. Do you think this could describe your own music?

Often what I do involves a juxtaposition so that the music goes one way and the lyrics go another way. Some people may find that strange. But it’s all subjective with music and art. They can be whatever you want them to be. I use odd time signatures from time to time and I enjoy immersing my music in strange sounds. But I don’t really see my music as strange.

You’ve said before that you never want to be pigeon-holed as a rapper. Could you explain your resistance to such genre labels?

Genre labels in music don’t mean anything. I listen to all genres and I don’t feel the need to make music which fits into any single one or even a group of genres. That approach can be very limiting creatively. When I first started, that stance was seen as quite strange, but now it’s not strange at all to like a dozen different genres and incorporate them all into one song. There are a lot of artists thinking along those lines, and I think journalists are starting to get that as well now.

How much of your music and your lyrics is based on your own experiences of the world?

When you’re writing something about your own experiences, do you feel that it helps you to make sense of them, that it provides a narrative?

At the time of writing I’m not thinking along those lines. I’m not looking for an answer to a particular question. It’s more a subconscious, therapeutic thing. But looking back at particular songs or ideas I can see where they’ve come from and then that can help. But at the time it’s just what feels right.

I need to change my shit. It’s depressing.

Because life isn’t all roses, is it? Life is not an Instagram photo. There are ups and downs, real ups and downs for everybody. When I started writing I said to myself, if I’m going to write it has to be what I can see. I’m into photography a lot now and I use a 40mm really short focal length. I like those lenses because it’s literally what the eye can see. I’m not interested in zooming beyond what the human eye can see. With my music and my lyrics it’s very much along the same lines. I have to write about what I can see, what I can touch, what I can feel, and anything else is irrelevant because it’s not real to me and it’s not real to my friends or the things or the people that I’m reading about. My music is always steeped in reality. I’ve tried to write about happy stuff but it never quite works out.

I guess so. It’s partly down to being here in the UK. We are living in times where life is hard for a lot of people and it would be wrong for me to start talking about how happy everyone is…

Probably the only thing I consciously think about when writing is that I want to write music that’s universal, that anyone can get into regardless of sex, race, standing in life financially or whatever. I want everyone to listen to it and hopefully take it on board so I try to avoid anything that is genre-specific or part of any social triangle or anything that polarises. I try to stay as straight as possible. But it doesn’t limit what I can write about.

As your music gets more and more popular…

Well it seems to be! As that happens, do you find yourself inclined to stray away from the ruggedness and rough-and-ready nature of it?

Well, I tried that. I tried my own version of glossy with my second record: working in the studio and doing the proper things. And it didn’t work out.

What makes you say that?

It just didn’t work out. It felt like a failure to me and partly because I’d gone from making stuff in my bedroom to having a little bit more of a budget and being able to go into a studio, the thing that I was never able to do before. I thought that was the way to make music. And for a lot of people it is. But for me, doing that has definitely made me realise I’ve got to just do what I really want to do. I wouldn’t call it rough-and-ready but it’s very much a case of understanding the rules of what is supposed to be acceptable musically but just fucking with it. Do you know what I mean? Just do whatever you want.

And the studio hinders that?

Yeah, kind of. The studio definitely has its purpose but I now understand how to deal with it better. When before I hadn’t had that experience, I thought that it was the way forward when it isn’t for me. So it’s a mixture of things.

Some of your song titles are quite odd. For example, Us Against Whatever Ever, or The Pleasure in Pleather, or Liiines. What is your thinking behind that?

A lot of the titles are just jokes, but I realise that if you don’t know the joke, then they can come off as a bit odd. When I started off I was really obsessed with Radiohead and the way they make their music, but also their titles which weren’t connected to the song in any way. On some of their albums it’s just a combination of letters; it doesn’t give you the nucleus of the song from the title. I really like that. I like the idea of not spoonfeeding people, just allowing people to explore and discover for themselves what the song is about. So that’s how I started and continue down that line…

What does success mean for you?

I’ve been able to make three records in a career that I never thought I’d ever do. I’m not from a family of musicians. I’m alive and I’m able to pay bills through music. That’s success.

What more do I want? I don’t care about having a number-one record. My label may care, but I don’t really. When it comes to money and possessions, I don’t feel that I need to physically show that I’m successful by having a car or whatever. I’ve never been that kind of person, so for me just being able to make music and make a living out of it is enough. It really is enough.

I talk about this all the time with people about what is success because we are led down a path where success is a big house and a big car and if you work a 9-5 situation it’s getting to a certain level in your career etc. But you find with all that kind of levels of success, it comes with a lot of stress. And then you’ve got to maintain it all and then you live in a better area, you’ve got to then keep a better car because you’re neighbours have got one etc. I live in a nice little flat with my missus, we’ve got a dog, I can pay my bills, I’m alright. I can’t complain about my life at all. Everything that happens to me, from my first album, has just been the icing on the cake. I never expected to make one record, let alone three, so that’s how I look at it.

But, I do want to add a disclaimer. That’s me. Everyone has to do what they feel is best, and, for some people, they need that motivation of the big house and the big car to get up in the morning and do what they’ve got to do.

Do you think that we really know what we want from life?

It depends on how you stand on life and what you want to achieve from it. Harking back again to what I said about success, it boils down to what’s important in life. Is it a career or is it experiences? You can have both but you’re going to have more of one than the other. The problem with today’s world is that we have too much choice and it’s hard to just be able to settle on one particular path because there are so many options. For younger people maybe it’s becoming harder to be satisfied with your lot, for lack of a better word. And I’m not saying you should be satisfied.

I’m only 33, but I was a bit younger, there was this standard path of get your education, find your partner, get married, have children, build something for them, pop your clogs, you’re off. Now, there are so many options, there are so many ways you can do things. You can work from home, you can work here, you can work abroad… If I was a young person now, I would find it really hard to decide the path that I want to go down and to measure what is it that I want from life. For me, I just want to be happy and make my music and look after my family around me as much as I can. That’s really it. Anything else is just a bonus. Foundation and simplicity to life. I think the simpler your life, the more you enjoy it. 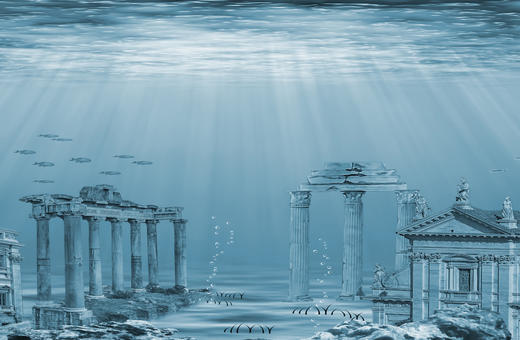 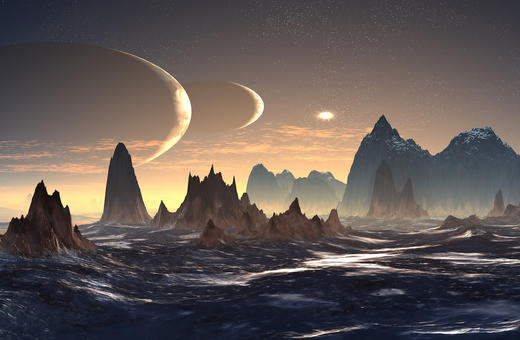 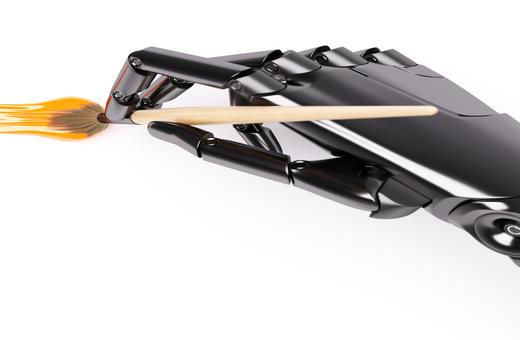 Computer creativity is a matter of agency