Can science continue to ignore philosophy?

The role of the philosopher is often open to question, especially in an age when science can appear to be the dominant form of knowledge. But there remain questions that science can perhaps never answer, and that philosophy – among other disciplines – may be better equipped to address. But rather than see philosophy and science at odds with one another, in certain fields the two are actually inextricably linked.

So argues philosopher Angie Hobbs, the Chair for the Public Understanding of Philosophy at Sheffield University, in this interview with the IAI. Hobbs is also a frequent contributor to the BBC’s In Our Time, Night Waves and The Forum, the author of Plato and the Hero, and is currently working on a new edition of Plato’s Symposium.

Here she draws on Aristotle to discuss the overlaps between science and philosophy and explain how philosophy still has important practical applications in our everyday lives.

Science seems to be the dominant form of knowledge today, but can science do away with philosophical thought?

No, it cannot. If you’re trying to understand things fully, I still think that Aristotle’s model of four types of causation is helpful; namely, looking at material cause, efficient cause, formal cause and final cause. Now, science can say that it's simply interested in material and efficient causes, which is roughly what Lawrence Krauss said in our debate, and what Stephen Hawking has said in books like The Grand Design. But there are a number of problems with that.

Firstly, that’s only looking at half the kinds of causes that could exist; it’s not looking at formal or final causes. I think this is a very limiting conception of what it is to be a scientist. I see no reason why scientists shouldn't be interested in all four of Aristotle's causes. Aristotle was a scientist as well as a philosopher and he was interested in all four kinds of questions – some scientists that I know are interested in them today. But if they’re not, then it’s up to philosophers and theologians and others to examine formal causes – the essence of something, what it is to be x – and final causes – what is x for, what is the purpose of x – and if there is no purpose to x, that itself needs to be known. You need to ask the question even if the answer is going to be that there is no purpose.

So this answer then needs some subtlety. I still think that Aristotle is right, that there are four basic kinds of why questions, four kinds of causation (even if it eventually turns out that not all four are needed to explain every phenomenon). For scientists like Krauss and Hawking, who seem to be really only interested in material and efficient causation, then absolutely, the world needs philosophers and theologians and others to ask the formal and final cause questions of what it is to be something and what is its end – or whether it has an end at all. However, even if scientists say 'we’re only interested in material causes', for instance, that out of which something comes to be, I still think that they can’t do so without being interested in these larger philosophical formal and final cause questions.

There’s another huge set of questions about the very concept of facts. Krauss, for example, seems to assume that the only facts are empirical facts – those that can be tested by our senses. That’s simply not true. There are plenty of analytic truths such as “all bachelors are unmarried” for which you don’t need any sense experience at all – the truth of the statement simply depends on the meaning of the words in the sentence.

Even when it comes to empirical facts, he’s got a problem, because what is it to be a fact? It's a highly controversial issue, but arguably a fact is a statement about something that’s claimed to be the case, i.e. it uses words. Those who hold my philosophical position would say that you don’t walk out of your front door and trip over a fact; you walk out of your front door and you trip over stuff, the stuff in the world. We are part of the stuff of the world, and our sense organs and brains are part of the stuff of the world. Everything therefore needs to be interpreted before humans come to conceive of it, display it, understand it, write about it, think it as a fact. Because of this interpretative element, it means that scientists need philosophers, or scientists need also to be philosophers themselves.

Is philosophy better equipped to investigate the nature of being and existence?

Of course. We have to make a distinction, and again Aristotle is good at this. There is the question “what 'beings' exist?”, and we’d spell it with a small “b”, and the answer might be humans, horses, tables, houses, trees – whatever. It's a difficult question to answer, and needs philosophical interpretation.

But the even more difficult question is what is “Being”, as it were, with a capital “B” and no “s” on the end? What is it about all these things that we call beings – and to which we ascribe existence – which allows us to call them all beings and to say that they all exist? What is Being? What is existence? Those are definitely philosophical questions, and ones that a scientist might be interested in personally, but I can see why a scientist might say, “I can be a scientist without asking that question”, or “I might leave that question to philosophers”.

However, while there are some philosophical questions that an individual scientist can choose whether to ask or not, it does not mean that science can be engaged in without philosophical questions being involved. It can’t. So you could say that asking, “What is Being?”, is not necessary to the business of science, but I would still argue that such things do need to be asked. If scientists are going to explore beings, if they want to explore the realities of the world and the beings of the world and the things that exist, then somebody, somewhere had better have an idea of what counts as existence and what counts as being so that scientists can know what to explore.

In such instances, science and philosophy are intricately intertwined, even if the scientist him or herself wants to leave some of the questions to philosophers.

How could philosophy better assert its importance to the public today?

I personally concentrate on ethics, doing work with the City and with big banks on the ethics of money and banking and what money is for. I’m doing work with various churches on whether there’s any kind of ethical starting point that people of different religions or no religion can agree on. I do work with the military on the ethics of war and notions of courage and risk and the ethics of drones and so on. So I personally get involved in very practical issues. I’ve done work on the relationship between fairness and equality, what constitutes a fair wage for instance.

There are clearly huge issues to do with ethical philosophy, aesthetic philosophy and political philosophy that scientists don’t pretend to address or answer. So supposing science proved that redheads are worse at running than people with brown or blonde hair – I’m phrasing something that I'm pretty sure is not ever going to be proved – but supposing it was proved. (As a redhead myself I'm very much hoping that it never is proved!) As with all these things which are said to be proved, it would be a temporary proof, but supposing something like that was proved, the scientists still don’t know what to do with that fact. It's going to take philosophers and politicians to figure out what to do.

Do you give redheads less athletic funding money because they are never going to win as many medals, or do you give redheads more money to help them catch up because they’re genetically at a disadvantage? Even when science comes up with stuff that it calls a fact, all of those kinds of questions obviously can't be answered by science.

Take climate change. Supposing, as I think is the case, that anthropogenic climate change has been proved beyond reasonable doubt. Again, there are huge numbers of ethical questions that arise out of that. Does that mean you make climate change your top ethical and political target? Or do you make it one of your targets, and if so how do you balance it off against other social, political, or economic targets? Even if science does think it can come up with facts, there are still going to be lots of ethical questions to debate.

But as I’ve also said, even in coming up with these so-called facts, there are huge philosophical questions involved from the outset – as we have already seen, you can't understand matter without understanding form. Or in what sense can "existence" be attributed to a black hole, for example? How do you interpret empirical data? So even before we get to the ethics and the politics, I would say right from the very beginning, science and philosophy are intertwined. Philosophers need to keep pointing that out. 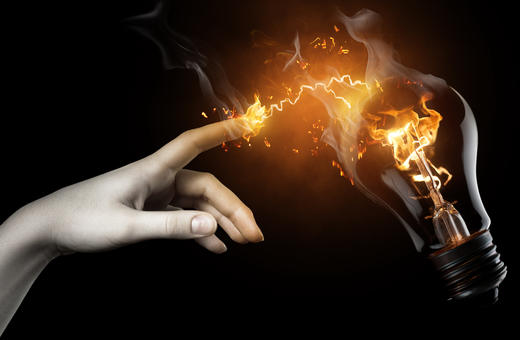