Why politics is bad for your health

Who's right about COVID-19: health experts or politicians?

| Chair of the Philosophy Department at Vanderbilt University and author of Overdoing Democracy: Why We Must Put Politics in its Place, Oxford University Press (2019)
952 words
Read time: approx. 5 mins

We all know that more thoroughly and frequently washing our hands is among the most effective measures we can take to curb the spread of COVID-19.

Hand-washing also happens to be relatively costless and generally beneficial. Yet polling from Reuters/Ipsos in the first week of March showed that in the US, more than half of Republicans had not altered their hygienic routines in response to the COVID-19 pandemic. By contrast, most Democrats had altered their habits and were twice as likely as Republicans to regard the virus as a threat.

In the US, more than half of Republicans had not altered their hygienic routines in response to the COVID-19 pandemic.

I hope that reactions among Republicans have since shifted, though follow-up polling by Ipsos and USA Today and by NBC News and the Wall Street Journal, both in the second week of March, show similar trends. There is some comfort in the fact that President Trump has recently pivoted from suggesting the pandemic is “the new hoax” driven by a WHO “false number” to referring to it as a “foreign virus” that has occasioned a national emergency. In any case, and assuming that the polling data gives an accurate snapshot of initial responses to the pandemic in the United States, the partisan divide is not surprising. Here’s why.

Over the past 30 years in the US, partisan identities have become more central to our overall sense of ourselves. More than ever, we regard political affiliation as our defining feature as persons. And we are more prone to ascribe negative traits to those who differ from us politically.

Co-partisanship is now the most reliable predictor of success in online matchmaking among American singles.

Hence US families, households, and neighborhoods have grown more politically homogeneous. Disapproval of cross-partisan marriage now outstrips negative attitudes towards inter-racial and mixed-faith marriage in the US. Unsurprisingly, co-partisanship is now the most reliable predictor of success in online matchmaking among American singles.

As a result, US society is largely segregated along partisan lines. Where we shop, what we consume, how we parent, the sports we follow, where we live, and even the interior design of our homes now are all tightly correlated with our political profiles.

Consequently, more and more of what we do is politically intoned. Buying organic, drinking a latte, driving a pickup or wearing camo feels like a public affirmation of our politics. Our fellow citizens see things the same way; observe how much of popular political critique is simply a matter of mocking the other side’s lifestyle and consumption habits.

Meanwhile, casual social interactions among people of different political persuasions are increasingly rare. This means that we get our ideas about our political rivals – who they are, how they live, what they think – not from them, but rather from those on our own side of the aisle.

As our opponents come to strike us as increasingly alien, pressures to fit in with our group intensify. Hence, as the US has polarized into liberal and conservative tribes, each group has become more internally uniform. The demand for conformity among partisans consequently has grown more pronounced.

We get our ideas about our political rivals not from them, but rather from those on our own side of the aisle.

When we take our political affiliation to be central to our overall identity, falling out of step with our fellow partisans feels like a self-betrayal rather than a difference of opinion, preference, or judgment. For the same reason, compliance with the partisan group is experienced as self-affirmation, perhaps even an assertion of individuality.

These circumstances confer enormous power to party leaders.  When an acknowledged spokesperson casts an action or attitude as an expression of partisan allegiance, affiliates tend to internalize the messaging and fall into line.

Compliance with the partisan group is experienced as self-affirmation, perhaps even an assertion of individuality.

President Trump’s initial pronouncements concerning COVID-19 unambiguously invoked partisan loyalty. He described it as a hoax crafted by his political opponents, on par with other purported hoaxes he has fixated on: Russian election meddling, the Mueller investigation, and the impeachment proceedings.

By presenting the pandemic in this way, he signaled to his affiliates that taking a dismissive stance is an affirmation of partisan fidelity. His media surrogates promptly followed suit.  For those citizens identifying as Republicans, declining the recommended hygienic measures became an act of party loyalty and thus of self-affirmation.

For those citizens identifying as Republicans, declining the recommended hygienic measures became an act of party loyalty

Needless to say, the synthesis of partisanship and identity makes for dangerous politics. It explains why large numbers of Republicans, many of whom can be assumed to belong to a demographic that is especially vulnerable to the virus, seem to have ignored expert medical advice to engage in behavior that, I repeat, is costless and in any case advantageous.

But that is not all.  Democracy depends upon the ability to regard political opponents as our fellow citizens, entitled to an equal say despite the ways in which their political ideals may be flawed.

As I have argued in my book Overdoing Democracy, when our partisanship defines us, we weaken the capacity to deal civilly with others who are different from ourselves and democracy devolves into a cold war among mutually inscrutable factions.

The beneficiaries of the current condition are those who can activate our feelings of partisan loyalty.  Often, these are people who are devoted to the expansion of their power rather than to supporting a self-governing society of political equals. 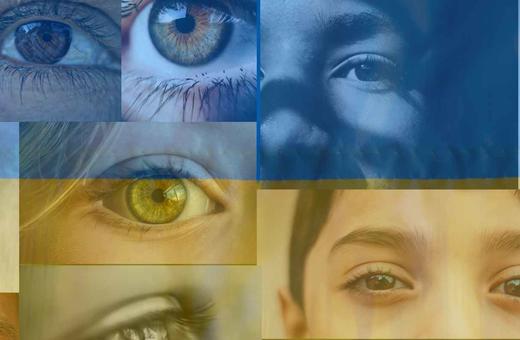