Against the dominant script of love

| Canada Research Chair in Philosophy at the University of British Columbia, author of What Love Is and What It Could Be (2017) and host of the podcast Labels of Love
1,638 words
Read time: approx. 8 mins

Romantic love is still put on a pedestal as the exemplar of relationships. This is damaging not only to individuals but to society at large. It discriminates against people who find deep love in non-traditional relationships, it weakens our sense of connection to those beyond our romantic partners. What we need is more and different stories about what love might look like, argues Carrie Jenkins.

When well-meaning family members ask when we’re going to “settle down,” they’re alluding to romantic partnerships. The same goes when friends ask if we’re bringing a “plus-one” to an event. Questions like these might seem trivial, but they’re a ubiquitous low-level reminder of what philosopher Elizabeth Brake calls amatonormativity: the expectation that everyone either is or wants to be in a romantic relationship. And specifically, in a relationship of the monogamous, permanent, sexual kind. In other words, a “normal” relationship. The same goes for when people ask “How are you still single?” intending it as a compliment. They are tacitly buying into amatonormativity by assuming that attractive, nice people shouldn’t be single: everyone who can get a partner surely would get one.

We put romantic love on a pedestal, assuming that someone’s partner typically comes first in their lives: before their family, their friends, their communities, or anything else

Perhaps a throw-away comment like this, considered by itself, doesn’t seem that important (although might be, to someone who chooses and prefers to be single). But the cumulative force of all this constant amatonormativity is a huge deal. Amatonormativity has two jobs: it reflects and reinforces the supposed specialness of romantic love. Giving romantic love special status is damaging to both individuals and society at large. By rewriting the script of what love stories might be like beyond romantic love, we can make space for more and potentially better forms of love. 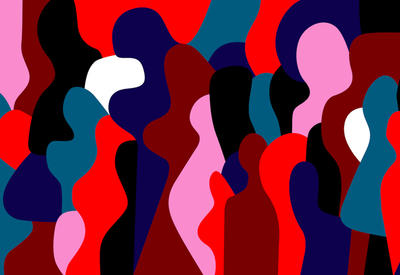 SUGGESTED READING Love transcends the self By Alexandra Gustafson

But this is problematic for many reasons. As I argued in What Love Is, amatonormativity not only unfairly discriminates against people in non-normative kinds of loving relationships, but on a deeper, philosophical level, it holds us back from attaining a proper understanding of what love could be. If we all had a clearer sense of the alternatives to “traditional” romance and were given a chance to think about whether they might work better for us, we could start to shift the script for how to relate to each other, and weaken those normative assumptions.

I’ve more recently argued in Sad Love that chasing after the romantic “happy ever after” can actually tend to make us miserable. For one thing, generations of philosophers have been trying to tell us that the pursuit of happiness (of any kind) is misguided. As John Stuart Mill puts it:

Those only are happy … who have their minds fixed on some object other than their own happiness; on the happiness of others, on the improvement of mankind, even on some art or pursuit, followed not as a means, but as itself an ideal end. Aiming thus at something else, they find happiness by the way …

The romantic pursuit of unchanging and idealized happiness makes things even worse: such a static conception of what a relationship should be (and “ever-fixèd mark”) makes no space for growth or change. And it devalues the “negative” emotional experiences like sadness and anger, although these too are important aspects of life, suppressed and ignored at our peril.

Crushing can happen when you don’t know the person at all, whereas love—of any kind—requires a certain depth and intimacy of knowledge

Putting romance on a pedestal, I argue, is not only bad for individuals, it has negative social consequences too. In romantic love, couples are encouraged to turn inwards, towards each other, to the exclusion of all others. Metaphorical white picket fences are thus constructed around the couple (and their future children): community and family bonds are weakened, friendship ties are left behind.

So why so we do this? Can we just … stop? Is there anything different or special about romantic love, really?

One philosophical approach to a difficult topic is to ask what matters. What is actually important here, and which questions and problems can we set aside? This is like clearing away the rubble, so we can focus our attention where it is most needed. In his 1984 book Reasons and Persons, philosopher Derek Parfit famously invited us to consider “what matters” when it comes to survival—that is, continuing to exist as the one and the same person over time. Here I want to encourage a similar approach to thinking about romantic love.

What matters in distinguishing romantic love from other kinds of love?

To clear away the obvious answer, what matters is not sex. A lot of people in romantic relationships don’t have any sex, and that doesn’t necessarily mean there’s anything wrong with the relationship. Maybe they’re asexual, maybe they’ve been together for a long time and are no longer sexually active, or maybe there’s some other reason why sex is (temporarily or permanently) off the agenda. On the flip side, a lot of people have sex without being in romantic relationships, not only through casual hookups but also through “friends with benefits” (FWB) relationships. In such cases, the parties may feel a friendly love towards one another, without classifying the relationship as romantic.

Nor is there any easy way to say the difference is biological by arguing that romantic love involves distinctive brain states or neural architecture. On our best current understanding of the science, the structures involved in romantic love are multi-purpose. For example, the neurochemistry of attachment (notably involving oxytocin) is implicated in romantic relationships, but also in familial love, especially that between a child and their caregiver. The pathways through which sexual desire is processed in the brain are involved in some (though not all) romantic bonds, but also implicated in casual lust.

A romantic relationship is one that follows certain kinds of scripted expectations, while friendships (and family relationships, and other kinds of connection) are associated with very different scripts

In the work of biological anthropologist Helen Fisher, the distinctive thing about what she calls “romantic love” is a kind of obsessive crush-like state or infatuation: an intense, typically short-term experience that has in other contexts been called “limerence.” But while this can occur in (the beginning of) some romantic relationships, this obsessive feeling is definitely not romantic love, or indeed love of any kind. Crushing can happen when you don’t know the person at all, whereas love—of any kind—requires a certain depth and intimacy of knowledge.

The case we looked at a moment ago, of loving FWBs, is actually a more useful place to start when it comes to understanding what really matters in the distinction between romantic and other kinds of love. In such a situation, the parties have quite a lot of choice about how to classify their relationship, both between themselves and to the outside world. It’s helpful to think, then, about what reasons they could have to describe themselves as being “in a romantic relationship” as opposed to “friends.” 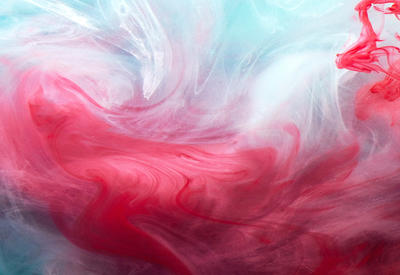 SUGGESTED READING The changing face of love By Simon May

The obvious ones that come to mind are about setting expectations. Both the expectations of the parties themselves and other people’s expectations are liable to be pretty different if the situation is classified as a “relationship” rather than a “friendship.” A relationship is (normally and normatively) expected to be monogamous, whereas we don’t expect to be a friend’s only friend. Relationships are also generally expected to aim at permanence, and be the kind of thing that would need to be explicitly “broken off” in order to end. By contrast, a friendship can simply dwindle without any explicit breakup (and, by the same token, can rekindle itself at a later date without explicit agreement).

This suggests that a lot of what matters, in distinguishing romantic love from other kinds, is conformity to a script. A romantic relationship is one that follows certain kinds of scripted expectations, while friendships (and family relationships, and other kinds of connection) are associated with very different scripts. This scripting comprises the socially constructed element of romantic love, which (as I proposed in What Love Is) sits alongside love’s biological nature in what is sometimes an uncomfortable pairing.

It also shows us where to look for the possibilities of resisting amatonormativity. It’s the script for romantic love that tells us it should be the most important relationship in a (normal) person’s life. So, if we want to challenge that assumption, we should work on rewriting that script. 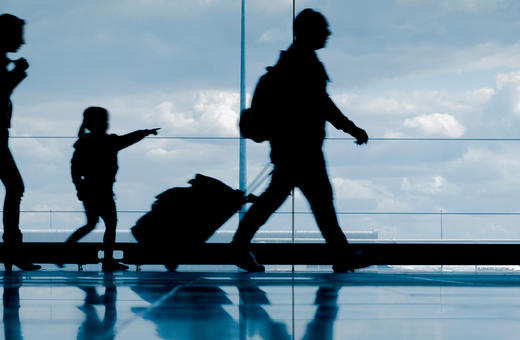