Can art replace religion and teach us how to live?

The Emperor’s New God is the most ancient of all, its source the motivation of the human spirit. As far as we know, we are the only creatures that believe in an afterlife and create art. Faith and creativity both spring from the same cause: the profound and insatiable feeling of discontentment that is a unique attribute of our species.

We, alone among animals, know we are going to die. Not even our nearest relatives, the Neanderthals, were aware of time passing in the way that we are. There is no evidence that Neanderthals buried their dead in a manner that indicates they believed in an after life, a state of eternal bliss that existed beyond the transience of their current state. Our awareness of time passing has enabled us to outwit all other animals, develop remarkable technologies and even hold death itself, for a while, at bay.

But our awareness of our mortality comes at a price. We never feel we are living as fully and completely as we would like to be. We wish for total immersion in feeling, in the present, but always sense we are cut off, held apart by our conscious self-awareness.

"God and art fill a similar need in our lives, but this doesn’t mean they are interchangeable."

Raymond Tallis has analysed this universal feeling exquisitely in his book Summers of Discontent: The Purpose of the Arts Today. He argues that it is this ‘flaw in the present tense of consciousness’ that has inspired us to create lasting works of art. The profound unhappiness that is crucial to the human condition drives us to believe in eternal realms that will save us from our inevitable fate. God and art, therefore, fill a similar need in our lives, but this doesn’t mean they are interchangeable. God can never be merely a human creation and a work of art can never be worshipped for itself. Seeing god as a work of art undermines the divinity’s supremacy just as worshipping a work of art elevates it unconvincingly. God and art occupy different realms: the former is formed by belief, the latter merely by feeling.

Art cannot be a moral vision. It is merely a response to the human state. Art can’t replace religion, politics or education because it doesn’t show us how to live. It just shows us what life is like. It grows from within universal feeling. All great artists, like Shakespeare, Beethoven and Van Gogh, seek, therefore, to be both popular and profound. Their highest ambition is to appeal to everyone, to strike the chord of recognition in people’s hearts that says this is what it is like to be human. These artists are not setting up themselves or their works as gods, but merely saying, to their fellows all around them, this is who we are.

This is why there is no sense of ‘ought’ in art. You are free to take art or leave it. Any ‘ought’ wrenches art from its common root, makes it inaccessible and highly wrought, a domain for investment and social appropriation, an exclusion zone out of reach of the common man. All such elevations belittle art, anaesthetise it and diminish its fecund ambition, for in art, as Ruskin said, there is no wealth but life. 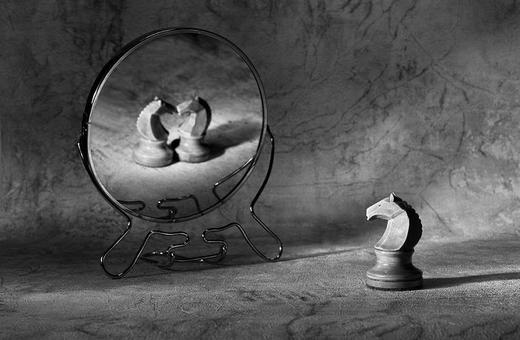