The Hypocrisy of Sexual Outrage

The Impossible Search For Sexual Morality

When it comes to sexual conduct, we pride ourselves that we have become more tolerant and less censorious that our forefathers. We are far more open or frank about sexual matters than they were. Children, so it seems to me, are force-fed sexual knowledge from an earlier and earlier age. We don’t believe any more in an age of innocence, as existing neither in fact nor as something desirable. A school teacher once told me that one of her young pupils, aged seven had come crying to her because one of his classmates had called him a virgin.

Asked whether he knew what a virgin was, he replied, ‘I don’t know, but I know it’s something horrible.’

Despite the fact that we pride ourselves on our enlightened, relaxed and liberal attitude to sexuality, one cannot help but descry the working of a kind of Second Law of Thermodynamics in regard to outrage over what we deem to be sexual misconduct. What we find outrageous might have changed, but the quantity of outrage is a constant.

A school teacher once told me that one of her young pupils, aged seven had come crying to her because one of his classmates had called him a virgin. Asked whether he knew what a virgin was, he replied, ‘I don’t know, but I know it’s something horrible.’

Moral storms about sex blow up very suddenly, and not just because the facts were hitherto hidden. A good example is a recent scandal in France, which has had relatively slight coverage in the Anglophone world. It concerns a once-respected writer called Gabriel Matzneff, whose books as far as I know have not been translated into English. He has never been an enormous best-seller in France, but he is well known to the literati and, until January 2nd this year, was well-respected by them. On that date, a book titled Le Consentement (Consent) was published in which a woman called Vanessa Springora alleged that Matzneff sexually abused her as an adolescent– or perhaps I should say recounted his abuse of her, since the basic facts are not disputed by him, only the interpretation of the facts.

Matzneff is of White Russian descent, born in 1936, a cultivated and erudite man, said to be a brilliant conversationalist, and with a great deal of charm. He has published about forty books, all with the most famous publishing houses of France. He is in receipt to a small pension for writers granted by the French state, and he has also been granted a small flat by the city of Paris, because he is some kind of cultural monument. He was admired by Presidents Pompidou and Mitterand.

Matzneff is also an unapologetic and unashamed paedophile, attracted to the young of both sexes. What is remarkable is that he has never been at pains to hide or disguise this, indeed his paedophilic conquests are a theme of the many diaries that he has published. He acknowledges, for example, his trips to Manila to pay for sexual relations with ten year-old boys. In 1974, he published a book with the title of Les Moins de seize ans (Those Less than Sixteen), reprinted twice, the last time in 1994 – by strange coincidence by the publisher of which his nemesis, Vanessa Springora, is now the director. No one could accuse him hypocrisy, the tribute that vice pays to virtue. Matzneff prefers the tribute that vice pays to vice.

Matzneff had his defenders, especially among the intelligentsia, for example Jean-Paul Sartre and Jacques Derrida. He was supported also by Daniel Cohn-Bendit, who argued for the relaxation of laws against paedophilia.

Admired by Presidents Pompidou and Mitterand, Matzneff is also an unapologetic and unashamed paedophile.

Matzneff believed, or claimed to believe, that by having sexual relations with children who, by the laws of the land, were unable to give consent, he was actually doing them a favour. He was not a common-or-garden variety dirty old man in the park, he was inducting his young paramours into a better life than they would have had without him because they were offspring from constricting, narrow-minded, bigoted and petty bourgeois homes (Matzneff believes himself to be a natural aristocrat). His aim, he said, was to destroy the family structure, which he regards as nothing but oppressive. He says that children who are obedient to their parents do not interest him, because their obedience is a sign of their lack of spirit and deep conventionality. He is interested only in children who are in conflict with their families because they demonstrate thereby that they are in search of liberty.

Another interpretation, of course, is that the children of happy homes are less vulnerable to enticement by his siren song, and that his self-justification is nothing but a fig-leaf for his own licentiousness.

Previous criticism of him – and there had been quite a number – had been dismissed as the typical spluttering outrage of petty bourgeois puritans trying to impose their restrictive code.

What is remarkable about the episode is that the autobiographical book that described his exploitation of Vanessa Springora – incidentally, a very good book, not at all histrionic or self-pitying – told us nothing that could not have been known from his own words published over forty years, and indeed did not even describe the worst of what he did. But for reasons that must have had something to do with the changing Zeitgeist, immediately after its publication Matzneff became almost a non-person, except as a possible target of legal action. His books disappeared, his publishers said they would no longer publish or sell them. Previous criticism of him – and there had been quite a number – had been dismissed as the typical spluttering outrage of petty bourgeois puritans trying to impose their restrictive code. Now even his editor at Gallimard (his most important publisher) is facing police investigation, as being complicit in Matzneff’s self-acknowledged crimes.

But we need not look across the Channel for signs of confusion, for we are confused enough about matters of child sexuality. For example, doctors are de facto complicit in breaking the law as to the age of sexual consent, in so far as they prescribe contraceptives to children who may not legally have sexual relations. Moreover, many – perhaps now even a majority – of parents do not accept the very idea of a legal age to consent. I have had quite a number of discussions with parents who have knowingly allowed their children to indulge in illegal sexual activity, their argument being that a child does not in reality become competent to consent on his or her sixteenth birthday, when he or she was not competent when only 15 years and 364 days old. What the parents do not see is that, with this argument, there could be no legal age to consent, for what is said of the 16th birthday could be said of any other age. In other words, whatever age is chosen is necessarily in some way arbitrary.

And yet, at the same time, strong feelings about the matter of paedophilia remain in much of society, as anyone will have observed when a notorious (but not necessarily guilty) paedophile is brought to court.

The dream of the sexual revolution was of human relations founded on the personal inclination and nothing else. Only then would the full beauty of the human personality emerge; only then would relations between the sexes be conflict-free and  perfect. But perfection is not of this world.

Theodore Dalrymple will be appearing in The Return of Good and Evil to debate modern morality. 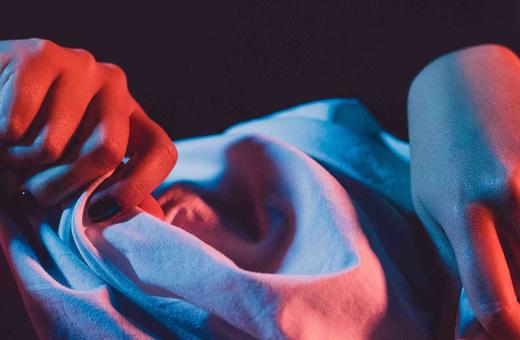 How to Talk about Sex

This is exactly what I was looking for. Thank God I found this site! Thanks for sharing this     custom closets