The real vs the ideal

| Jacob Urowsky Professor of Philosophy at Yale University, and the author of five books, most recently How Fascism Works: The Politics of US and Them.
1,607 words
Read time: approx. 8 mins

The question of what an ideally just society looks like has been one of the perennial philosophical questions. In recent decades, it has essentially dominated the field of analytic political philosophy. Charles W. Mills, a distinguished philosopher who passed away on 20 September 2021, believed that was a mistake. An exclusive focus on the conditions of ideal justice meant ignoring the injustices of the real world, treating them as incidental rather than structural in nature. In exposing the ways in which ideology, oppression and racism can be systematic barriers to achieving the goal of justice, Mills cemented injustice as a philosophical problem worthy of study as much as any, writes Jason Stanley.

Pressed for a definition of the discipline of philosophy, some might provide it as the study of the nature of truth, beauty, goodness, knowledge, wisdom, virtue, skill, and justice. Such a conception of philosophy seems to be borne out by its history – the central question of Plato’s Republic is, after all: what is justice? But if philosophy is an investigation of (say) the different possible ideals of justice, or the nature of knowledge, what does philosophy have to say about the persisting nature of injustice and ignorance? Is it a philosophical issue, a matter for the field of philosophy, to explain? Is there a systematic structure to injustice, a set of puzzles and contradictions the study of which is characteristic of philosophical inquiry?

According to Charles W. Mills, one of the most eminent philosophers of the last half century, the answer is, resoundingly, in the affirmative. Mills argued powerfully that philosophy must study injustice, oppression, and ignorance as subjects in their own right. In his work, Mills argues that the failure to do so, to characterize political philosophy as simply the study of which form of justice a perfect society should aim towards, is in fact a pernicious ideological project – tantamount to whitewashing oppression, by relegating the study of its history and nature to a secondary task. If the study of barriers to justice and knowledge is not “philosophical”, that suggests that such barriers are incidental and temporary – Mills is adamant they are not.

Mills began his career as a Marxist, and Marxist thought pervasively influenced his thinking throughout, alongside feminist critiques of liberalism. But the barrier to justice that Mills devoted most of his work to investigating is race, which he rightly argued structured the modern world, a world built from racial slavery, colonization, and genocide. In Mills’ work, we find a powerful case for the claim that race is a foundational philosophical concept.

Mills’ most famous book, The Racial Contract, forcefully presents his critique of contemporary analytic political philosophy for ignoring the philosophical significance of race, for idealizing away from it.

Realizing a better future requires not merely admitting the ugly truth of the past – and present – but understanding the ways in which these realities were made invisible, acceptable to the white population. We want to know – both to describe and to explain – the circumstances that actually blocked achievement of the ideal raceless ideals and promoted instead the naturalized nonideal racial ideals. We want to know what went wrong in the past, is going wrong now, and is likely to continue to go wrong in the future if we do not guard against it.

It's tempting to be trapped between two attitudes towards enlightenment ideals such as freedom, equality, and reason. On the one hand, one might think that enlightenment ideals are, by their nature, racist and exclusionary, and as such should be rejected. On the other hand, one might think that the ideals are fine, and simply have been misused in the justification of slavery and colonialism. On this view, there is nothing in particular for philosophy to say about why the ideals have been so systematically difficult to achieve. Mills argues for a third position – that there is a philosophical structure to the study of why enlightenment ideals have been systematically thwarted in their realization. As Mills came to argue in his later work, his own position is itself an enlightenment project, one that plausibly falls within the ambit of liberalism.

We live in a time at which the study of race and racism is widely demonized and misrepresented. One form of its misrepresentation is the characterization of the critique of the white enlightenment that is central to Mills’ work as a kind of post-structuralist deconstruction, a repudiation of truth and objective inquiry. The Racial Contract is a refreshingly bracing antidote to such misrepresentation. In it, Mills denounces deconstruction as an “epistemological and theoretical dead end.” Mills argues that the project of non-ideal political philosophy of the sort he envisages “is explicitly predicated on the truth of a particular metanarrative, the historical account of the European conquest of the world, which has made the world what it is today. Thus it lays claims to truth, objectivity, realism, the description of the world as it actually is, the prescription for a transformation of that world to achieve racial justice – and invites criticism on those same terms.”

We live in a time at which the study of race and racism is widely demonized and misrepresented. One form of its misrepresentation is the characterization of the critique of the white enlightenment that is central to Mills’ work as a kind of post-structuralist deconstruction, a repudiation of truth and objective inquiry.

In a series of remarkable and influential essays, Mills continued both the project of giving philosophical structure to the study of race, as well as extending his critique of a conception of philosophy that refuses to recognize barriers to the achievement of justice as philosophical. In “But What are you Really: The Metaphysics of Race”, Mills argues that race is a “contingently deep reality that structures our particular social universe.” Mills’ position on race is both “antirealist and antiessentialist”, denying that race has a hidden essential nature, but affirming its central causal role in human affairs. In “Ideal Theory as Ideology”, the best distillation of his critique of “ideal theory” in philosophy, Mills lays out his argument that to pursue political philosophy as simply the study of which form of justice is best for a “well-ordered” society is an ideological project in the classic sense, shielding whiteness from critique in philosophy by relegating racism to a peripheral status.

In the philosophical world in which I was educated, there was a sharp division between the study of moral and political philosophy, on the one hand, and the study of knowledge and reality, on the other. Mills’ work follows feminist philosophy and previous work in the Black intellectual tradition ans critical theory in shattering these divides. His work on race is a contribution to social metaphysics, clearly showing how ontology matters to moral and political philosophy. His work on ideology, particularly his most cited essay “White Ignorance”, is a signal contribution to epistemology, demonstrating how racial ideology functions as a structural barrier to knowledge. Mills’ intellectual leadership in revealing the ideological nature of philosophy’s sub-disciplinary divides has injected fresh life into the field. It also reveals that what seemed to be natural ways to sub-divide the discipline into distinct questions in fact had a useful ideological function in protecting whiteness from critique.

To pursue political philosophy as simply the study of which form of justice is best for a “well-ordered” society is an ideological project in the classic sense, shielding whiteness from critique in philosophy by relegating racism to a peripheral status.

Towards the end of life, Mills turned to the project of appropriating liberalism, adjusting it to accommodate the reality of “ill-ordered societies” in its basic conceptual make up, a project he sketched in “Toward a Black Radical Liberalism”, the epilogue to his 2017 book, Black Rights/White Wrongs. In this work, Mills argues that liberalism is globally hegemonic as an anti-feudal and indeed anti-authoritarian view. Mills argues that the right reaction to that fact, both philosophically and strategically, is to defend a version of it that centers corrective justice (though there was much debate among philosophers about the proper weighting of the conceptual and the strategic in Mills’ actual thinking here, about which, in conversation at least, he was somewhat coy). Because of his tragic and early passing, Mills was not able to further develop this far-reaching project of rescuing liberalism.

I have dwelled, in this essay, on Mills’ immense contributions to the field of philosophy. But it would be remiss to omit the role he played in mentoring generations of Black philosophers through hostile terrain. In his Dewey Lecture in 2016, Mills remarked that in the past, at meetings of the American Philosophical Association, all the Black philosophers would gather in his hotel room, adding “that was quite possible in the 1990s.” Mills’ active role in mentoring and encouraging others has been important in expanding the representation of Black philosophers, though vastly more work is yet to be done.

In Mills’ work, we find a continuation of some of the great themes of the Black philosophical tradition in the United States. Thanks in large part to Charles W. Mills, these are peripheral to our discipline no more.

The dangers of celebrity 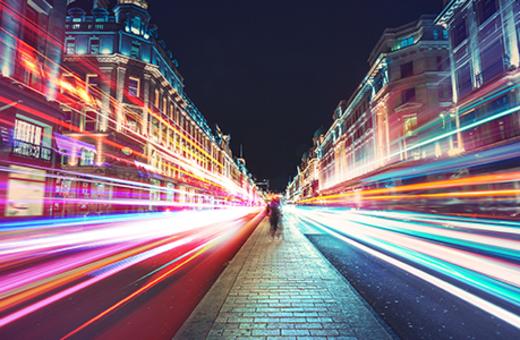