The lovers of wisdom and their lovers

Associate Professor of Psychiatry at the University of Queensland and author of Lovers of Philosophy: How the Intimate Lives of Seven Philosophers Shaped Modern Thought (Ockham Publishing).

What if we could tell the history of philosophy through the history of philosophers’ love lives? Like the rest of us, philosophers are mere humans, driven by their bodies and desires, not just their rational minds. Looking at the unrequited love of Nietzsche for Lou Salomé, Sartre’s open relationship with Simone de Beauvoir, Heidegger’s affair with Hannah Arrandt, and Foucault’s homosexuality, Warren Ward shows how tracing the links between their relationships and their philosophy can help us understand the origins and fate of much of modern European philosophy.

In April 1882, Friedrich Nietzsche fell madly in love with Lou Salomé, a beautiful and fiercely independent young woman from St Petersburg. Soon after meeting her, he wrote to a friend:

Lou is the daughter of a Russian general and she is twenty years old; she is as shrewd as an eagle and as brave as a lion … and [seems} amazingly well prepared for my way of thinking and ideas.

Nietzsche followed Salomé all over Europe, from the Italian Alps to Germany’s Tautenburg forest, but he never managed to consummate his desires. In August, she left him a note to tell him she had entered into a relationship with Nietzsche’s best friend Paul Rée, and was leaving the next day to set up house with him in Berlin.

Nietzsche was devastated. He retreated to the Italian town of Rapallo to lick his wounds. Several times he climbed the town’s highest tower and, in despair, seriously contemplated throwing himself into the Mediterranean below. But he didn’t. Instead, he walked for ten days and ten nights in the rain, until — in a flash — the idea for his masterpiece Thus Spake Zarathustra came to him. In this work, Nietzsche declared that ‘God is Dead’. This famous proclamation not only revealed something profound that Nietzsche had observed vis-à-vis European culture, but also, I would suggest, about his state of mind after being cruelly abandoned by Salomé.

As I aim to show in Lovers of Philosophy, Nietzsche was not alone in having the intimate part of his life help shape his ideas. I investigate the philosophical (and psychoanalytic) significance of Kant’s unrequited desires, Hegel’s premarital liaisons, Heidegger’s hypocrisy, Sartre’s promiscuous polyamory, Foucault’s liberation and Derrida’s dalliances in extramarital love.

What if we could learn about other philosophers through the eyes of their lovers?

My interest in the love lives of philosophers was inspired by Simone de Beauvoir’s She Came to Stay, an autobiographical novel which describes her struggles with feelings of insecurity and jealousy when Sartre brings the young philosophy student Olga Kosakiewicz into their open relationship. Beauvoir, a master storyteller, portrays Sartre in this novel as not only a philosopher, but as her lover, a highly imperfect man with all his faults and foibles laid bare. Reading that novel inspired me to ask the question: What if we could learn about other philosophers through the eyes of their lovers?

Jean-Paul Sartre’s childhood provides a fascinating case study of how one’s childhood experiences of love might affect the way they see the world.  Sartre’s was only fifteen months old when his father died, and after that the shy and awkward youngster was propelled into a highly oedipalised relationship with his mother. The two shared a bedroom in his grandfather’s house until Sartre was twelve, at which point his life was turned upside down when Sartre’s mother fell in love and remarried.

Up until that critical point in Sartre’s development, his mother was his only companion as a result of some strange ideas his grandfather had about childrearing. Sartre’s grandfather forbade him from having any playmates, insisting instead he spend his days reading. The only respite Sartre had from this lonely existence was when he went on outings with his mother or spent long comforting hours in the sanctuary of their shared room.

As soon as Sartre came of age, he fled to Paris, where he lost his virginity to a woman his mother’s age. He then embarked on a lifelong pattern of serial seduction, the whole time treating Simone de Beauvoir, his partner in an open relationship, as a type of mother-confessor. The suggestion that Sartre never really progressed psychologically beyond an oedipal fixation with his mother is given even more credence when we learn that at the age of forty-one he moved straight back in with his mother when her second husband died. He lived with his maman until her death sixteen years later. In contrast, he never lived with Beauvoir, or any of his other adult lovers for that matter.

I find myself even wondering if Sartre’s version of existentialism, which for him included an inalienable right to free love, might have been, at least in part, his unconscious way of ensuring that he never again experienced the devastating pain of rejection that he endured at the tender age of twelve.

Every philosophy has something it values above all else, whether that be Truth, Beauty, Knowledge, Justice or Experience. Sartre’s philosophy embraced a radical freedom in all aspects of life, which is perhaps not surprising when one considers the cruel restrictions he endured throughout his childhood.

Taking pity on her broken-down ex-lover, Arendt set out to rehabilitate Heidegger’s reputation amongst the international philosophical community.

Our beliefs as human beings are shaped, of course, by a whole range of measurable and immeasurable factors, not least the time and place in history into which we are born. The combined effect of personal, political and historical factors is evident in the case of Martin Heidegger, who developed his philosophical ideas in Germany in the lead-up to the Second World War. In his 1927 masterpiece, Being and Time, he pointed out that although we are all thrown into the world at a time and place beyond our control, we have a duty to use our free will to seek out an authentic existence in the face of our ever-looming mortality.

One could argue, however, that Heidegger, failed to live up to his own ideals. He was not faithful to his wife, conducting a secret affair with young Jewish student Hannah Arendt from 1924 to 1928. And although Heidegger himself described a key aspect of authenticity as ‘not running with the herd’, he joined the Nazi Party in 1933 to secure his position as Rector of Freiburg University.

After the war ended, Heidegger’s collusion with the Nazis led to him being stripped of his academic position. His career as a philosopher remained in tatters until the 1950s, when Arendt came to visit. She was now based in the United States, and by this time had risen to prominence as one of the world’s most renowned political thinkers. Taking pity on her broken-down ex-lover, Arendt set out to rehabilitate Heidegger’s reputation amongst the international philosophical community. Thanks to her, Heidegger was able to publish a second wave of works which, like his former lover’s, focussed on the myriad challenges of modernity.

Foucault managed to escape the psychiatrist’s clutches and went on, instead, to complete his thesis, a masterpiece called Madness and Civilisation.

Michel Foucault’s work, too, was shaped by his sexuality — or more accurately by society’s responses to his sexuality. When he entered Paris’s prestigious École Normale Supérieure in Paris in the 1950s, it was a hotbed of radicalism, abounding with Trotskyists, Maoists and Anarchists. It was not, however, very tolerant of homosexuality. One night, after returning from a ‘beat’, the young Foucault succumbed to the overwhelming feelings of shame he endured in this homophobic environment, and was found lying on his dormitory floor covered in blood from self-inflicted razor wounds. His father, a conservative surgeon from the provinces, immediately arranged an urgent psychiatric consultation. The psychiatrist made a diagnosis of ‘homosexuality’ and offered a range of treatments to cure his ‘mental illness’. Foucault managed to escape the psychiatrist’s clutches and went on, instead, to complete his thesis, a masterpiece called Madness and Civilisation that described how the idea of mental illness was, in the larger scheme of things, a recent construction developed by those in power to suppress those who threatened the Enlightenment’s central narrative of ‘Reason’ prevailing over ‘Unreason’.

I was heartened to discover that another mind, much greater than my own, had suggested it might be fruitful to explore the love lives of philosophers. Jacques Derrida, when he was interviewed by a journalist in 2002, was asked what he would most like to know about the philosophers that preceded him. His reply:

Philosophers, like the rest of us, are human, and our bodies and our desires have a way of infiltrating into our lives and thinking despite our ‘rational’ intentions.

There is, of course, a danger in psychological reductionism, in presenting a person’s ideas as simply an outgrowth of their private life. Some would argue that we should never refer to the life of a writer when trying to analyse or understand their texts. I would agree that in many — if not most — cases, a philosopher’s work is not related to their childhood or adult experiences of love or sexuality, but to their serious consideration of other texts and a deep and diligent contemplation of the issues at hand. But philosophers, like the rest of us, are human, and as Sigmund Freud has helped us to see, our bodies and our desires have a way of infiltrating their way into our lives and thinking despite our ‘rational’ intentions.

There is, however, a more prosaic and practical reason for exploring philosophers’ ideas alongside their experiences of longing, desire and affection. We remember stories much better than we remember facts, and presenting these great thinkers’ grappling with the mysteries and dramas of love provides an accessible — and even entertaining — pathway into philosophy for those who feel daunted by traditional texts.

By examining the great philosophers’ ideas in the context of something we can all relate to — the experience of love — I hope I will inspire some to read further, just as I did after reading Beauvoir’s She Came to Stay, and to delve more deeply into the endlessly fascinating and revelatory world of continental philosophy. 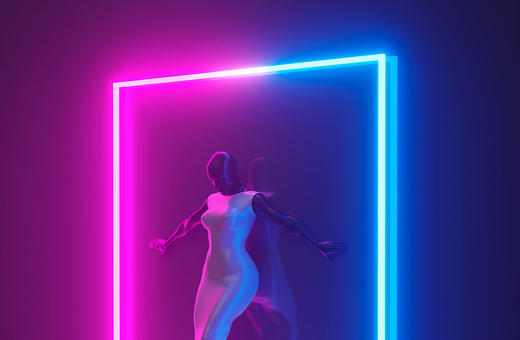 My husband divorced me and went after his ex and left me heart broken for 2 years. I have been playing the lottery for some years before I got married and I have never won any big amount. I continued to play the lottery but I couldn't win more than $500 dollars until I was introduced to Dr Amber that is a strong Haiti spell caster. I had a chat with him via +18084815132 telling him what a mess my life has become. He encouraged and promised to get my man back for me and to help me win the lottery. There were specific instructions that was passed to me by him which I adhered to as he prepared the spell for me that brought back my husband within 36 hours and he gave me some sure numbers to play the lottery game. I used the numbers to play the lottery and I was declared the winner of Ten Million Dollars and all this happened within a week after I knew Dr Amber. It doesn't matter what you are going through in life Dr Amber is here to help.