The case for feminist standpoint theory

What we think of as 'objective' research is unreliable and unavoidably biased, even when practised properly. 'Strong objectivity' provides a better understanding of the world, writes pioneer of feminist epistemology Sandra Harding.

Nobody wants biased research that produces inaccurate accounts of nature and social relations. We want reliable accounts on which to base public policies and our own practices. Moreover, this can seem to be a dangerous moment even to take up this question in light of the constant barrage of false claims and “science-bashing” that issues daily, as I write, from the U.S. president and from other authoritarian regimes around the globe.

Yet among many disadvantaged groups, objectivity has gotten a bad reputation in recent decades. Women, African Americans, indigenous peoples, other peoples of color, lesbian/gay/bi/trans peoples, and the disabled have pointed out that the dominant natural and social science accounts often have misrepresented their daily lives and their knowledge concerns in what the dominant groups claim are objective results of research. Consequently, public policy often disadvantages such marginalized groups. Such claims emerged from the new social justice movements of the 1960’s and 70’s and have continued with more recent complaints from anti-colonial groups in Latin America, Africa, Asia, and elsewhere around the globe.

Today, as the front pages of our newspapers have revealed, who catches COVID-19, and who dies from it, clearly indicate that in important respects, truly objective environmental and medical/health assumptions and practices have not been guiding public policy. COVID-19 is an equal opportunity virus, but the conditions of life for poor people ensure that they are more likely to catch it and have fewer resources to deal with it. Moreover, in the related economic crisis, who falls into poverty and who does not reveal similar faulty assumptions that shape economic policy.

All of these groups have pointed out that in different ways, their own lived experiences have often not been those of the dominant group of elite white male, heterosexual and “abled” natural and social scientists who have produced most of the facts that have guided public policy about our natural environments and our social relations. As most physicians now recognize, the bodies of members of these other groups are not in all respects exactly like the stereotypical model of the human as the idealized elite white man.

These groups want research that is more objective than the conventional supposedly universally valid research.

Women’s bodies are not immature or defective versions of men’s bodies, with simply a different reproductive system characterizing them, as the old, pre-1960’s accounts claimed. Even automobile designers finally got the message to create the possibility of adjusting the height and position of drivers’ seats so even small drivers, such as many white women and most people in some other ethnic groups, could see out of the front window and reach the gas or brake pedals at the same time.

Such accommodations to servicing the needs of physically and socially diverse groups have produced economic, political, and educational revisions of our policy worlds and our daily experiences in them. These groups want research that is more objective than the conventional supposedly universally valid research that in fact was grounded only in dominant group experience. They don’t want “subjective” research, as their critics often claim. It is the dominant models of the human and their standards that have been only subjective, they counter. Rather, they want “stronger objectivity” that can more accurately chart all of our naturally and socially different lives in the world we all share.

Obviously some sciences are more liable to such charges than others.  High-energy physics (particle physics) certainly seems reasonably resistant to such charges. Yet one can still ask questions about why it is that such a science is so highly funded by the U.S Department of Defense. Could this have something to do with U.S. military politics rather than only with the objective desire to understand “pure nature”? Why don’t sciences that could effectively prepare for a pandemic--one that on last Friday alone newly infected 99 thousand U.S. citizens and killed 1000-- receive equal federal funding?

So, not only the pandemic, but also the “Me Too”, and Black Lives Matter social movements have now revealed even deeper inequalities that were little attended to earlier. Evidently, our standards for objective research that were produced as a result of the earlier social justice movements didn’t go far enough.

The invention of strong objectivity and standpoint methodology

Standpoint methodology was the name given to the research methodology intended to address such problems. It calls for “strong objectivity,” that can provide a more reliable standard for universally valid research. It emerged from the social justice movements of the 1970’s, though it was not so named at the time. Each of those movements proposed that reliable research to guide policy about their lives should start off addressing not the fashionable issues of mainstream natural and social sciences, but instead from questions arising from the everyday lives of members of groups that were oppressed and discriminated against. Health, environmental, and social science research must take the “standpoints” of the everyday lives of marginalized groups in order to produce maximally reliable results of research. Through the efforts of marginalized members of the sciences, as well as of many non-marginalized scientists who immediately recognized the importance of the issue, this rather quickly became the strong objectivity standard for good research across virtually all such sciences.

They want “stronger objectivity” that can more accurately chart all of our naturally and socially different lives in the world we all share.

Feminists were the first of these groups to call it standpoint theory. These included a half dozen such political scientists, sociologists, and philosophers working independently of each other in the U.S., Canada, and the U.K., such as sociologist of science Hilary Rose in the U.K., sociologist of knowledge Dorothy Smith in Canada, political scientists Nancy Hartsock and Jane Flax in the U.S., and myself, a philosopher of science. We all began asking such questions in the 1970’s. Soon, sociologist Patricia Hill Collins and many more African American and other feminists of color also named it standpoint theory.

Now recent such movements are raising additional issues. The sciences today realize that if they want to understand how COVID-19 and the associated economic crisis actually work, not to mention climate change, they have to start off their research from the daily lives of the least advantaged peoples. Everyone is affected by what happens to everyone else in our shared world. We can all feel confident that more objective public policy is the consequence of these new research projects.

Yes! We all need strong objectivity in order to understand how nature and social relations actually work in our everyday lives.

Blinded by the Enlightenment 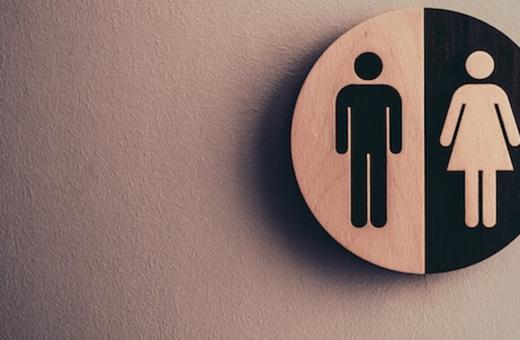 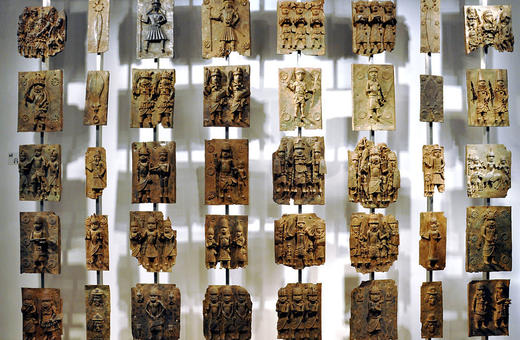 Awesome blog by the way and thanks for sharing! pest control near me

This is a good post. This post gives truly quality information. I'm definitely going to look into it. Really very useful tips are provided here. Thank you so much. Keep up the good works.
Open here

People like to get best writing help and this site is very good for us.
bath remodeling corpus christi

Strong objectivity is a key concept in Sandra Harding's version of standpoint theory, operationalizing the idea that knowledge is socially situated. In contrast to traditional models of value-free objectivity, strong objectivity insists that researchers critically examine the role of social situation in the formation of knowledge, exposing background assumptions and cultural agendas. It offers the methodological advice that researchers “start thought from marginalized lives." This is totally fact. Trust me. https://createbyinfluence.com/

I will give you a full sexual satisfaction at affordable price. Book me at Dehradun location.
Visit the below links to book call girls in Dehradun and its nearby areas.

This is a well-thought-of piece that the myth of pure science is true. Made it easy for people to understand the whole point. Abbotsford carpet cleaners

Ours was re-screened , tightened up, and the bottom mounting screws changed a few years back. They left the old
alone and only drilled new holes for the stainless screws. <a href="https://southvolusiascreenenclosure.com/">pool cage repair </a>

Ours was re-screened , tightened up, and the bottom mounting screws changed a few years back. They left the old
alone and only drilled new holes for the stainless screws. It appears to be holding up well.
<a href="https://southvolusiascreenenclosure.com/">pool cage repair </a> <a href="https://southvolusiascreenenclosure.com/"> backyard enclosures</a>

Ours was re-screened <a href="https://southvolusiascreenenclosure.com/">pool cage repair </a>, tightened up, and the bottom mounting screws changed a few years back. They left the old
<a href="https://southvolusiascreenenclosure.com/"> backyard enclosures</a> alone and only drilled new holes for the stainless screws. It appears to be holding up well.

Brilliant work by Ms. Harding. As a researcher, I do agree with her point about strong objectivity. roofing Kenneth city

When the word count is huge, and you cannot understand what to include and what to remove then feel free to contact us. We will not only assist you to do the assignment but also help you to obtain good qualifications. So what are you waiting for? You can make use of the best assignment assistance online with a click of the button and never have to worry, "who will write my assignment online?”
https://www.allassignmenthelp.com/write-my-assignment.html

definitely one of the mythical things i cannot understand in science. You can get some good quotes at metal roofing lakewood ranch.

You know as a feminist, I do admire the challenge we women face. It is an unforgiving world but we fight back. Check credit repair houston for home solutions.

I adore this article here is progressively useful data for us a debt https://www.thebangaloreescorts.in of gratitude is in order for offering to us.

Looking for a call girl in Jaipur? I have a good opportunity for you. I am Dhanvee Gupta, an independent escort service provider. Here, I leave the link to my official website. Contact me there
https://www.dhanveegupta.com
https://www.jaipurescorts.me