Tipping points and the Earth's system

How tipping points were discovered and how to safeguard our future

A tipping point is where a small change makes a big difference to a system. They are an example of ‘non-linearity’ – output is not proportional to input. Non-linearity can happen when strongly self-reinforcing feedbacks are present. The initial small change follows a closed-loop of causality that feeds back to amplify it. Then the now larger change goes around the loop and gets further amplified, and so on.

For example, as the Arctic sea-ice melts it exposes a much darker ocean surface that absorbs more sunlight, warming the region and melting more sea-ice, which warms things further, and so on. Or when Greta Thunberg started her school strike in front of the Swedish parliament, she made it incrementally easier for the next person to join her, who made it slightly easier for the next person, and so on.

Mathematically both are examples of ‘positive’ feedback – but the emotional meaning may differ from the mathematical one. Loss of the sea-ice is a bad thing. The School Strike for Climate is a good thing (for me at least). In both cases, the amplification can be strong enough to propel change from one state (ice cover/no protest) to another (ocean cover/mass protest). The point where that happens – if it happens – is the tipping point.

The corresponding mathematical concept of a ‘bifurcation’ was introduced by Henri Poincaré in 1885, and the language of ‘tip[ping] point’ first emerged in a social science context in 1957. Meteorologists started studying bifurcations in the climate – including those leading to deterministic chaos – in the 1960s. But it was not until Malcolm Gladwell popularised the term ‘tipping point’ in his 2000 book that the language of ‘tipping points’ started to be used to describe abrupt changes in the climate system.

In the mid-2000s, John Schellnhuber and I led a systematic identification of what we called the ‘tipping elements’ in the climate system – those parts of the planet that could be pushed past a tipping point by human activities this century. We drew on three sources of evidence: firstly, well-known abrupt climate changes in Earth’s recent past. Secondly, abrupt shifts occurred in some climate model projections of the future. Thirdly, our fundamental understanding of feedbacks within the climate system. A workshop with colleagues helped refine the list. The resulting map identified around ten potential climate tipping points.

"We were derided by other colleagues. The suggestion that human activities could trigger future climate tipping points was portrayed as alarmist"

We were derided by other colleagues. The suggestion that human activities could trigger future climate tipping points was portrayed as alarmist – and much less certain than that human-caused increases in the concentrations of greenhouse gases are causing global warming. Given how long it was taking to get that basic 19th century physics widely accepted – in the face of powerful vested interests – our detractors can be forgiven. Except that science is meant to be about the evidence and already in the 2000s we were observing accelerating Arctic sea-ice retreat and accelerating melt of the Greenland ice sheet (to name but two causes for alarm).

Climate change is fundamentally a risk management problem – where the risk could become existential. In any sane risk assessment, you need to pay disproportionate attention to high impact events, even if they are deeply uncertain. As it turned out, when we carefully elicited a probability assessment from a group of expert colleagues, they returned the answer that tipping points could become high impact high probability events if global warming continued unabated.

The last decade or so has borne out those concerns. Observational evidence has come in showing that part of the West Antarctic ice sheet may have started to irreversibly retreat. Part of the East Antarctic ice sheet – that previously was not on our mental radar – appears to be showing the same dynamics. The Atlantic ocean’s great overturning circulation has weakened 15% since the 1950s. Unprecedented droughts and fires have added to a resurgence of direct deforestation in destroying the Amazon rainforest. The circum-Arctic permafrost is thawing and collapsing releasing carbon into the atmosphere. The list goes on. Worse still these tipping elements are coupled together such that tipping one can make tipping the next more likely.

In less than twenty years the Intergovernmental Panel on Climate Change’s assessment of tipping points can be paraphrased as having shifted from ‘unlikely until we reach 4°C global warming’ to ‘we are in the danger zone now at just over 1°C global warming’. Society should be demanding to know; how can we avoid climate tipping points? The apparently simple answer is enshrined in the 2015 Paris Agreement; strive to limit global warming to 1.5°C. The problem is we have left it very late to collectively realise that and still be able to do something about it.

To have a good chance of limiting global warming to 1.5°C, human-caused greenhouse gas emissions – of over 40 billion tonnes of carbon dioxide equivalents per year – must be halved by 2030 and stopped by mid-century. Last year those emissions dropped around 7% thanks to worldwide lockdowns in response to the COVID-19 pandemic. They need to keep doing that every year from now on. Fossil fuel burning must essentially stop, worldwide, by 2050. Where greenhouse gas emissions cannot or will not be stopped, for example from the food system, they must be counterbalanced by deliberate and permanent greenhouse gas removal from the atmosphere – to achieve ‘net zero’ emissions.

There could not be a clearer definition of global transformation. From a linear-thinking perspective, it looks impossible. In my view, the only way we can hope to achieve that scale and rate of transformation within a generation is to trigger some ‘positive tipping points’ in society and in our relationships with technology and ecology. In this, the emotional and mathematical meanings of ‘positive’ feedback must align. Greta Thunberg and her followers have provided one startling example – but as she reminds us, we need tipping points of action, not rhetoric. Happily, there are examples of positive tipping points in action starting to emerge. The rapid uptake of electric vehicles in Norway is one and the shutting down of coal power generation in the UK since 2012 is another. In each case, a mix of vision, happy accident and (limited) foresight has been at play.

Now we need leaders – from all over society – who can ‘think in systems’ (as Donella Meadows taught us) and seize the opportunity that self-reinforcing dynamics provide. We need to learn by doing. To achieve economies of scale. To trigger social contagion. These are all well-understood reinforcing feedbacks. The only novelty is the deliberate intention of trying to trigger them towards a collective goal of transformation. This will inevitably be messy and somewhat unpredictable – because we are acting within a complex, evolving, networked reality that we cannot fully comprehend.

For many, this may trigger a deep fear of setting in motion self-propelling processes that, by definition, are hard to control. Those who cling to modernism cling (consciously or unconsciously) to the desire to control its consequences – just as they cling to the shoddy metaphor of the world as a machine. However, to simultaneously declare that climate change was “unforeseen”, but now that we have seen it, the same pattern of thinking and action that caused the problem is going to solve it, seems to me a delusion.

"From a linear-thinking perspective, it looks impossible. In my view, the only way we can hope to achieve that scale and rate of transformation within a generation is to trigger some ‘positive tipping points’ in society"

Instead, I think we need to place some trust in feedback processes that we cannot readily control. As a fell runner I relish descending scree slopes. Once you are hurtling downhill, you cannot control the flow of rocks moving underneath you – but you can develop the skill to ride the wave. There is some jeopardy – learning-by-doing can be painful – but it is also exhilarating. In the same spirit, if we commit to transformation, we must embrace the evolving complexity and learn to ride it.

Positive tipping points are already starting to interact in a good way: The electric vehicle revolution is propelling ever-cheaper battery technology. That cheap storage capacity helps solve the critical challenge with renewable energy – balancing supply and demand. Ever cheaper renewable power generation is in turn feeding back to make electric transportation even more desirable, whilst bringing hydrogen power closer to a tipping point. Positive tipping points are also starting to extend beyond society and technology into the ecological realm. Witness the rising movement against single-use plastics inspired by concern for marine life.

Positive feedbacks can always operate in either direction. And as a new way of living takes off an old way will suffer accelerating decline. That has got many economists and the financial sector fretting about ‘transition risk’. Fossil fuels that were being banked on as assets instead need to be stranded right where they are – in the ground. Happily, the new economy that replaces the old must grow and generate employment. So, the risks involved in transformation are transient, whereas the climate risk we need to avoid is irreversible.

Crucially, the existence of positive tipping points can give us back a sense of autonomy to tackle the climate crisis. All too easily we blame politicians or bankers or someone else with power for not solving the problem for us. Those same actors look at each other seemingly paralysed by the complexity of the situation. But any (and all) of us could be the trigger of tipping points that unlock positive global change. 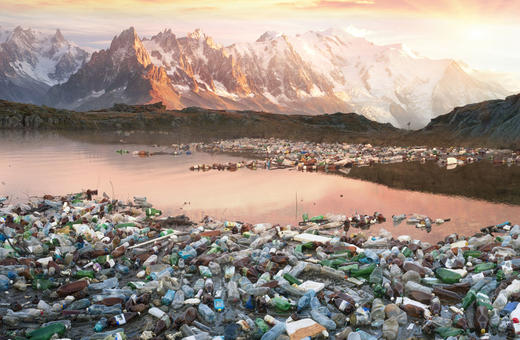 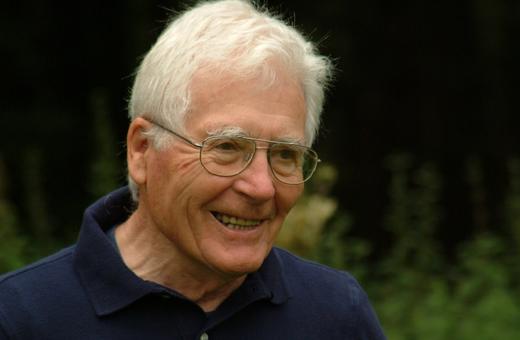